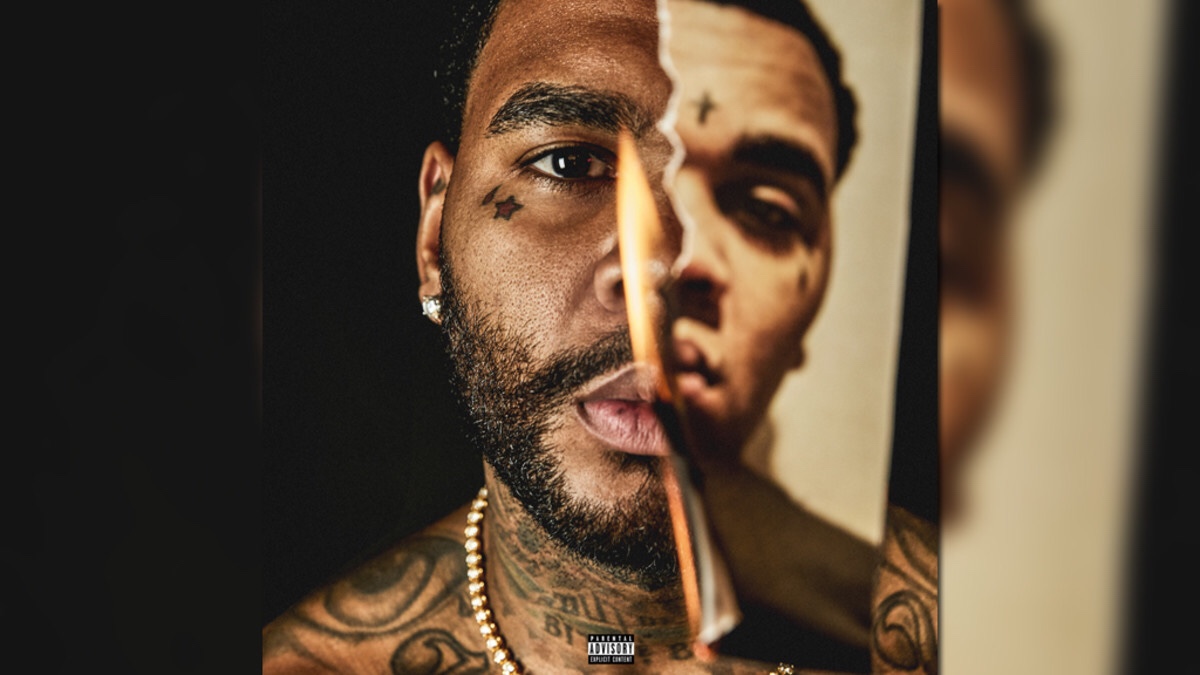 Kevin Gates is aggressive, soulful, romantic, troubled and street-certified in “I’m Him.”

I know Kevin Gates has turned into this wise/peaceful man these last couple of years, but on the real, I love when he’s his grungy self! On “Facts,” that’s the exact version of the Louisiana rapper that you get. Not only does he call out snakes, ops and record execs on the song, but he also makes sure to remind listeners that he’s still a drug-dealing/cold muthaf**ka, too.

Personally, I love how tough the instrumental to “Facts” sounds. I also love how Gates plows his way through the said instrumental like a bull that just saw some red. (As I think about it, Gates kinda resembles a bull)

The flow Kevin Gates raps with on this song is relentless and unsalable.

In “Icebox,” Kevin Gates sings, but nothing like Omarion (Thank GOD). What you do get from Gates is soulful singing and gritty rapping, as he uses the song as an opportunity to let the world know why he’s cold towards women, his foes and backstabbers.

I love how riveting/hard-hitting the instrumental attached to “Icebox” is. I also love how passionate Gates sings on the track, as he drops off this memorable hook that never lets up in trill energy. As for the Louisiana native’s rapping style on “Icebox,” it’s erratic, as throughout, he bounces between hurt, defensive and troubled (Does this n***a have PTSD?).

You know what I like about “Push It?” Kevin Gates capitalizes off of ferocious energy and underdog vibes on it. From start to finish, the “2 Phones” rapper drops inspirational bars revolving around hustling, dismissing foes and indulging in women on it, never letting up in aggression each step of the way. Additionally, you can tell Gates refused to play slave to the hard-hitting instrumental he was served with on the song — an aspect I believe makes him a rebellious n***a you don’t want to f**k with.

I don’t mean to sound rude, but a Kevin Gates workout video will probably stay on the shelf.

“Walls Talking” is powerful! On it, you get a hook that is complex/emotional, verses that are deep, and an instrumental that is passionate, yet hard-hitting (That’s a helluva combination, right?).

I thought the lyrics on “Walls Talking” were very chilling. On it, Kevin talks about murking his own friend, being blackballed, running away from home at an early age, and living in numerous environments. Though I felt uncomfortable like s**t while listening to the track, I did feel like Gates got a chance to release some demons within himself by telling us his unfortunate stories from the past (I’m all about n***as releasing demons from within).

If I didn’t know Kevin Gates’ backstory, I would think he was a war veteran. When he raps, he comes across like an unchained n***a, which usually results in unpredictable flows, untamed emotions, and random ass outbursts. Fortunately, Gates’ lyrical content matches the level of ferociousness that his rap deliveries give off, as he touches on action-packed subject-matters like drug-dealing, revenge, promiscuous women and family struggles throughout his lyrics. On some real s**t, listening to this album with a bowl of popcorn beside you is a good idea.

What I love about Kevin Gates is that he isn’t afraid to sing in his music. Throughout “I’m Him,” the Bread Winner honcho delivers vocal performances that are extremely melodic, complex and powerful. Interestingly, whenever Gates sung, those were the times he came across as hurt, disheveled and enlivened.

I definitely caught Kevin Gates fatigue while listening to “I’m Him.” On it, our grungy hero delivers every single hook, verse, and adlib you hear. On the real, this aspect of the album should be applauded, because it tells me that Gates can flourish on his own (Something most rappers can’t do these days). But if I’m being REALLY real with you, I could’ve used a change of pace from time-to-time on this album, because Gates’ passion occasionally exhausts me.

In my opinion, Kevin Gates taught a lesson to rappers on how to gift listeners with music that is meaningful, hood, emotional, versatile, and dramatic with “I’m Him.” Never once did I feel devoid of real n***a sentiments while listening to the album. If a few other dudes had this level of passion in their music, I believe they would be stars (As I think about it, Louisiana rappers tend to be very passionate).