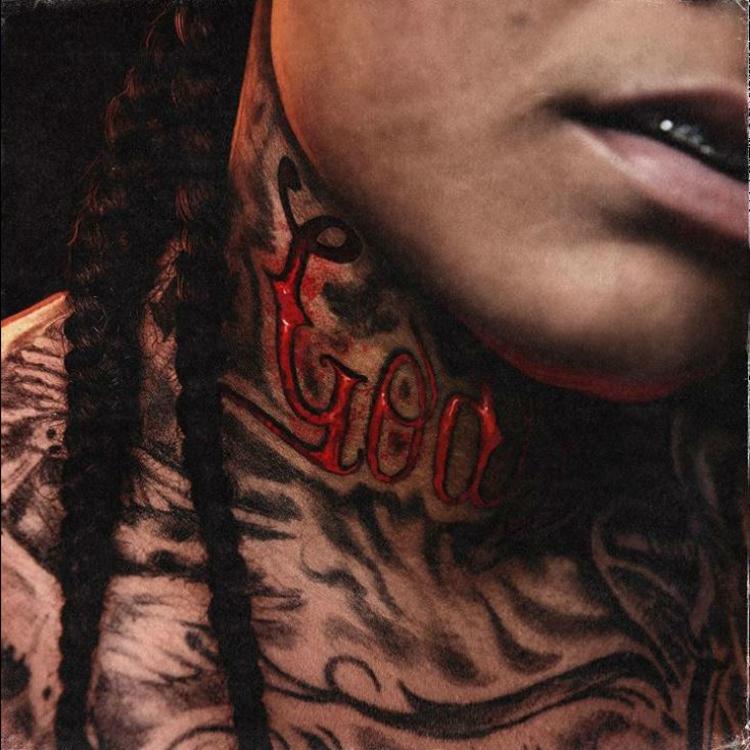 Young M.A. has had an all-time great single, has slayed freestyles, and is even on a diet plan that works for her (She has stopped drinking boatloads of Hennessy on a weekly basis). In my opinion, the only thing the New York rapper hasn’t done is create a classic body of work. With “HERstory In The Making,” M.A. looks to cross that box out, too.

“Da Come Up” is fire! On it, Young M.A. raps about finessing women, rolling with wolves, and making it from nothing to something. But f**k all that, Gina! It’s all about the swagger M.A. shows on this track, in addition to the infectious trap/club instrumental she raps over (That s**t got me so hyped, I started looking up guest lists to clubs I can sign up for on eventbrite).

Young M.A. rides the beat to “Da Come Up” masterfully, yet has this effortless tone to her on the song. (GOD, how the hell is she able to do this?)

I love the flute-heavy instrumental that powers “She Like I’m Like” and how Young M.A. effortlessly drops these sly ass bars over it. On some real s**t, it sounded like M.A. was laying down on a hammock while she was rapping on this song. (GOD, how the hell is she able to do this?)

I feel like Young M.A. is a quiet person in public, but when she raps, her words speak volumes. With that being said, in “Car Confessions,” the braided rapper drops her most introspective track to-date.

“Car Confessions” is powered by this soulful instrumental that does everything in its power to make you want to shed a tear. Over this instrumental, Young M.A. raps about moving the right way in the hood, grinding, balancing family and success, leaving social media alone, and ignoring haters. Throughout the track, M.A.’s bars are delivered pretty passionately; which tells me she was being all-the-way real on this s**t.

Something about that drive home from Chipotle makes n***as want to think about their life purposes.

In “Stubborn Ass,” Young M.A lets the world into her bi-polar relationship, as she vents on it about not being heard by her girl, but also gloats about having the type of chick that can turn her frown upside down. Personally, I love how M.A. glides her way to the finish line of this song, utilizing great word-play and honest lyrical content in the process. I also enjoy how deep/emotional the song feels as a whole.

As a man, I’m not afraid to say that I learn how to man up from Young M.A.

In “No Mercy Intro,” Young M.A. swings for the fences, dropping a Dreams & Nightmares-like gem that features a dramatic instrumental (That also has its fair share of grittiness), plenty of strong-arming lyrics, tons of energy, and a myriad of disrespectful thoughts. In other words, M.A slaps n***as in the mouth on this joint, caring less about retaliation.

Young M.A. is a fantastic rapper. I think she plows through her verses on songs pretty easily, killin’ s**t with consistent flows, clever punchlines and witty lyrics. However, I never thought she was the best song-maker… In “HERstory In the Making,” the New York rapper proves me right at times, but for the most part, she proves me wrong!

Though there are a few club-bangers on “HERstory In The Making” (“BIG” & “Da Come Up” come to mind), there are plenty of emotional cuts, too. In songs like “Car Confessions” and “Sober Thoughts,” you get a version of Young M.A. that is desperate to find happiness, even if that means cutting a few friends off and changing the way she moves in the streets. Also, in songs like “No Love” and “Stubborn Ass,” M.A. opens up about her love life, at times coming across like a legit sucker for love. Whatever the case may be, I loved when M.A. got personal, mainly because it made her put down the tough guy hat she tends to wear when she feels like she doesn’t get the same respect men do (I think her tough guy persona is holding her back as an artist).

I thought the production on “HERstory In The Making” was so-so. While you do get some absolute bangers on it, there were a few songs that had some beats attached to it that sounded slightly dull/low-quality. This doesn’t surprise me for two reasons:

1. New York rappers tend to rap over beats that sound like they were made in someone’s raggedy ass basement (i.e. “Hot Boy” by Bobby Shmurda)

2. Young M.A. didn’t recruit the greatest producers in the world to help her out with this album. Can you imagine if M.A. was given producers like Metro Boomin’ or Murda Beatz for a full body of work? That s**t would be epic.

Like I stated earlier, Young M.A. is a helluva rapper. However, in this day-in-age, just being a rapper won’t get you very far. So while I enjoyed “HERstory In The Making” from a rap point of view, I thought the album lacked in creativity, infectiousness and versatility. If M.A. could learn to find a way to incorporate some of the gimmicky elements of today’s hip-hop into her music (That sounds f**ked up, but it’s true), I think she could start getting the respect she deserves (But then again, I wouldn’t fault her if she wanted to stay a real n***a).