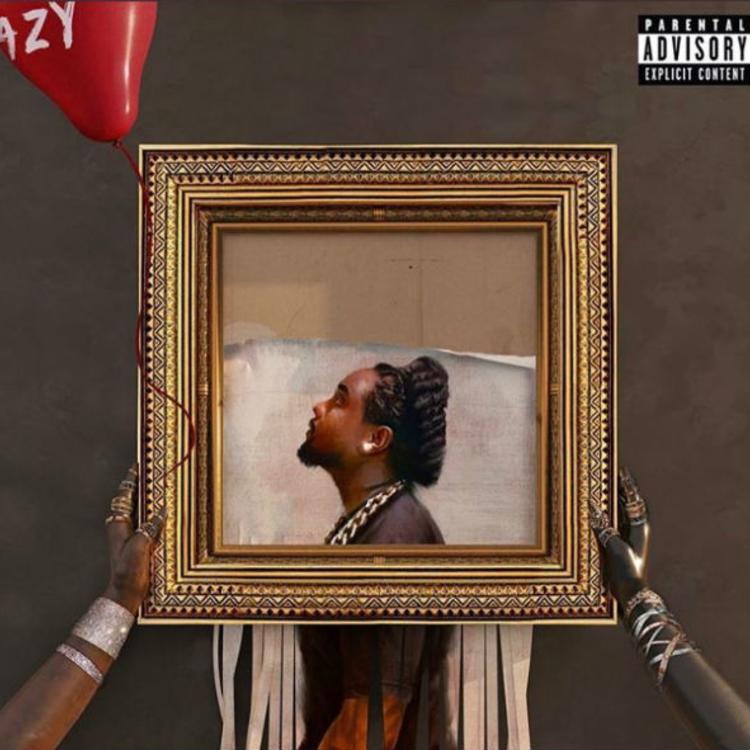 Doesn’t it feel like Wale became emancipated in “Sue Me?” I thought he let the world know that he was an unapologetic black man that loves him some soulfulness, church, women, and authentic black people on the track.

You know what makes “Sue Me” special? It’s full of glory, but Wale still raps hard as f**k on it! What a combination, right?

On the real, I love that I can call “Sue Me” a tough ass rap track, but also a track that made me feel like I went to church.

One of the most interesting things to listen to is Wale trying to figure out this thing we call love. Sometimes he fumbles that s**t, while in other times I believe he has it all figured out. In “BGM,” Wale comes across as someone who has s**t figured out, as he gifts us with this disco-inspired hit that features good vibes, plenty of fearless singing, and most importantly, a version of himself that is appreciative of a good black woman.

I just want to shake my ass at a retirement home to this song. (How can one of you club promoters make that happen?)

Below is my description of “Poledancer” from 2018:

Wale has been dropping singles very sparingly in 2018, but when he has dropped something, it’s been pretty decent. Wale’s singles have also been unpredictable, too, as he’s delivered everything from R&B cuts to gritty rap records. Today, the DMV native takes his shot at making the next major club hit, dropping off this trendy new single titled “Poledancer.” On it, he openly talks about falling in love with the ins-and-outs that go into your everyday experience at your favorite strip club. Correct, I know that Wale is a phenomenal rapper and should focus on giving us nothing but the toughest of bars, but in all honesty, I can f**k with him when he wants to give us something the clubs can love, too.

Yes, “Poledancer” is one of Wale’s most successful hits to-date!

“Love & Loyalty” is good, but it’s great if you listen to it with an Aso Oke hat on!

“Love & Loyalty” is a gritty AfroPop track that features tons of gun-talk (Surprisingly), complex bars, and infectious crooning by both Wale and Manny Wellz. As a fellow Naija man, I enjoyed every second of its sound — especially when Wale hits us with a few lines like “Abi.”

“On Chill” is smooth, romantic, and slightly grungy. Though I admit that I learned nothing from any of Jeremih or Wale’s lyrics on the song (I’m married), I WAS feeling the former’s passionate hook, and the latter’s honest approach to telling his woman how much he admires her on his verses.

I just love how Wale is trying to figure s**t out with his chick in “On Chill.” To me, it comes across as very relatable, and you know how much I love me a relatable track!

“Wow… That’s Crazy” almost feels like a response to Summer Walker’s excellent “Over It” album. On it, Wale lets the world see this vulnerable version of himself — one that is proud of his decisions when it comes to finding romance, peacefulness, and most importantly, self-love.

One of Wale’s biggest hits is “Lotus Flower Bomb.” On it, both him and Miguel were able to create a powerful tune that empowered women. In my opinion, majority of “Wow… That’s Crazy” is influenced by “Lotus Flower Bomb.” Not only are the instrumentals on the album R&Bish, but for a good chunk of the tracks you get R&B features and subject-matters you would hear from someone who probably wishes he had a voice comparable to a R&B singer. You know what, f**k it, I will call this album a R&B album in disguise (There I said it).

Even though I consider “Wow… That’s Crazy” a R&B album now, I do want to acknowledge that Wale put up some pretty good rap verses on it. On songs like “Sue Me” and “Love & Loyalty,” the DMV rapper spit bars that are aggressive, complex, and hella clever. On tracks such as “Poledancer” and “Routine,” Wale spits even harder, reminding the world of his kill-a-rapper ways. Lastly, you get a poetic version of Wale on majority of the other songs — one that takes his time to piece his feelings together. S**t, to be completely honest with you, I think Wale puts up his best rap performances on this album.

The features on “Wow… That’s Crazy” are spectacular! I thought Mannywellz gave us something authentically naija in “Love & Loyalty,” Ari Lennox and Boogie did a great job of playing Wale’s supporting cast in “Cliche,” “Rick Ross and Meek Mill showed the world that MMG is still poppin’ in “Routine,” and Jacquees did a solid job of blessing Wale with a memorable hook in “Black Bonnie. All in all, I enjoyed everyone’s contributions on this album!

I’ve chastised Wale for years now, mainly because I felt like his identity as an artist was piss-poor. Well, in “Wow… That’s Crazy,” I feel like he’s finally found his comfort zone (For-real this time), and that comfort zone is in the pockets of black women all over.