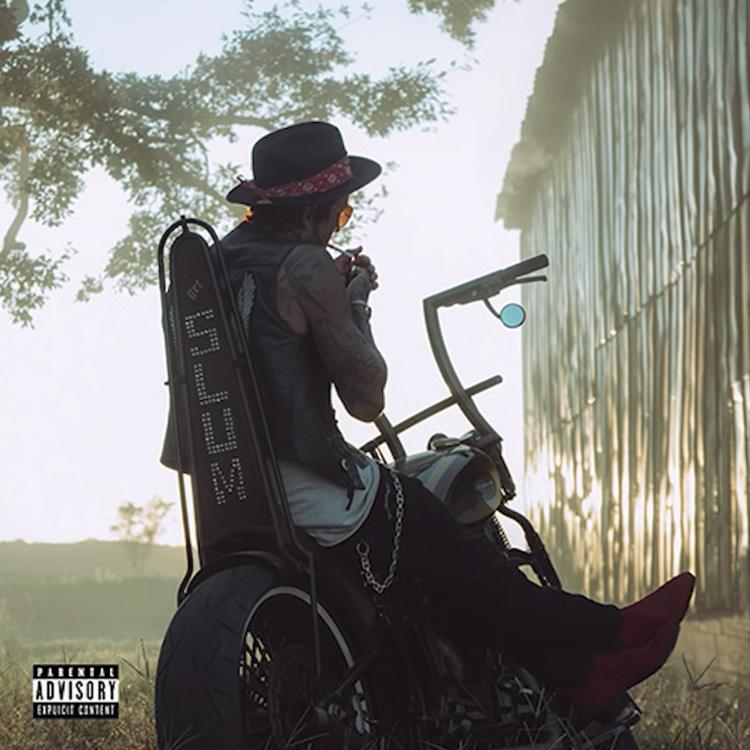 Yelawolf shows the world his kill-a-rapper, vulnerable and underdog side in “Ghetto Cowboy.”

As expected, “Unnatural Born Killer” is hard as f**k! On it, Yelawolf talks his s**t, reminding the world that he is a pistol-packing/bandana-wearing/money-making white boy that doesn’t care if he offends anyone that isn’t as crazy as him.

What I love about this song is that it has this very rebellious tone to it, in addition to raw ass bars that are delivered in the simplest of ways. Anytime Yelawolf gives us music with the two aspects I just mentioned, he’s undefeated.

In “Still Ridin’,” you get Yelawolf’s best rap performance. On it, he spits bars utilizing tricky flows, excellent word-play, and powerful lyrics that allows the world to see him as a figure that is just as humble as he is reckless.

While I love Yelawolf’s rap performance on “Still Ridin’,” the beat that powers the song is just as great, to me! Not only does it sound like a classic beat, but the DJ scratches and emotional ticks you get throughout it adds this high level of drama to it.

“Here I Am” is quite the musical roller-coaster ride. For starters, the track is powered by this explosive instrumental that changes faces more than Lil Kim. Over this instrumental, Yelawolf raps both ferociously and timidly on his verses, and sings melodically and crazily on the hook. It’s almost like Yela was using the creation of this song as his HIIT workout for the day.

“Here I Am” feels like a warning shot to anyone that is interested in dissing Yelawolf. On the song, lyrically, the “Pop The Trunk” rapper lets f**k boys know that he’s willing to shoot a fair one, shoot you, or even throw a chair at you (Yikes). Personally, if I had to pick a choice between the three, I would pick getting a chair thrown at me (It seems less personal, to me).

“Ghetto Cowboy” is an extremely tough track! On it, Yelawolf says muthaf**ka over 100 times, lets his rap peers know that he’s coming for their heads like a Mitch Trubisky pass, and even slaps the hell out of a judge (OK, maybe that last part didn’t happen)!

I love the urgency Yelawolf raps with on “Ghetto Cowboy,” the emotional, yet rigid instrumental that powers it, and how it closes out the album strong.

“Opie Taylor” feels like Yelawolf’s theme song. On it, he talks about embracing an underdog role plenty of individuals like myself can relate to:

Well, a quarter pound of pot in a shoebox
Got five grand stuffed in a tube sock
Ain’t got no fucking credit to use
I paid cash for my car at the used lot

Small town, trapped in a sinkhole
Still keepin’ it cool in the pistol
Me and dope’s like green to a pickle
Yeah folk, like a haystack to a sickle

Personally, I love the emotional feel “Opie Taylor” gives off! Not only did I get “College Dropout” vibes from the instrumental that powers it, but I also feel like Yelawolf comes across like a completely poised MC that wants his music to be felt just as much as heard on the track (You know this dude can be very unchained at times).

Doesn’t Yelawolf sound like Justin Timberlake a bit on this song?

As we continue to sleep on Yelawolf, his music continues to get better! In “Ghetto Cowboy,” the Alabama rapper embraces the underdog role we continuously bestow on him, delivering music that is pure, experimental, edgy, and somewhat unchained. On the real, I feel like you have to be late on your rent to truly feel this album’s impact.

Rapping-wise, it felt like Yelawolf was on cruise control in “Ghetto Cowboy.” While he does gift us with unique punchlines, astute wordplay, and crazy flows for a good chunk of the album, he mainly relies on infectious melodies, serious harmonizing and straight-forward deliveries to carry him to the finish line. In one sense, I love the approach Yelawolf used throughout this album (Especially because it made the music sound even more riveting), but part of me does wish he went ham on a few more songs.

I thought the content you got from Yelawolf on “Ghetto Cowboy” was pretty strong. Throughout the album, we are treated to testy tracks like “Opie Taylor” in which Yela talks about being this underdog that no longer has s**t to prove to people, and tracks like “Renegade” in which we get a version of the tatted-up rapper that is willing to play supporter to those in need of a pick-me-up. When you combine both worlds together, what you end up with is a body-of-work that feels like it’s from the heart, honest, and extremely eloquent.

The production on “Ghetto Cowboy” is excellent! A good chunk of the beats you get on it are filled with drama, timeless-sounding, and authentically southern. At the same time, you do get a few deranged beats that knock clocks off of walls and toupees off of old people’s heads. Whatever the case may be, Yelawolf approaches each beat like it’s the last he will ever be handed, taking his time to understand its highs, its lows, and it’s moments in which both need to be randomly pushed aside in favor of mayhem.

Yelawolf is too intriguing to ignore. I feel like his ability to connect with listeners through truthful bars is impressive, even when those bars aren’t quite filled with content you understand (Hey, I am an east-coaster, I know nothing about box Chevys). With that being said, I can understand true fans of Yela being a bit disappointed with how he approached “Ghetto Cowboy” musically (I don’t feel like he rapped as hard as he normally does on the album), but appreciative of the fact that he stayed true to who he has become on it content-wise.