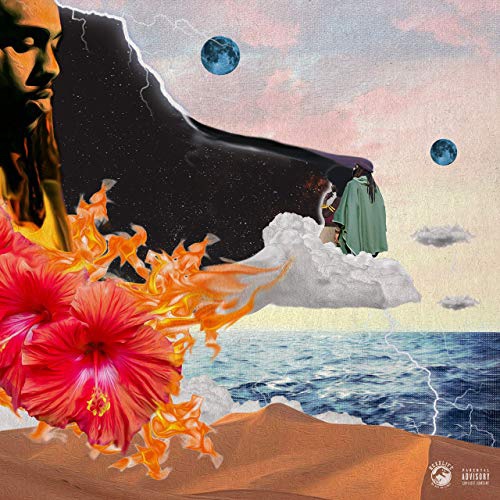 The very underrated/talented Rexx Life Raj does it all in “Father Figure 3: Somewhere Out There.”

“Moonwalk” is tough as f**k! With the track being powered by this trill ass beat by Kenny Beats, Rex Life Raj goes off, spitting both fearlessly and brashly about overcoming his city’s obstacles, keeping a small circle, and refraining from s**t that could be bad for his health:

If you are simply a fan of rap, you will love the astute punchlines, complex flows, and outstanding wordplay Rexx gives us on this song. If you are a rapper on the come-up, you’ll admire how the Berkeley MC talks about staying true to himself on his way to success.

If you heard “The Fog” on a random ass playlist, you would think it was made by Daniel Caesar. Seriously, the track features sobering singing, an instrumental that feels neo-soulish, and lyrics that straddle the line between well-crafted and raw. You also get a verse by Rexx that is beyond trill on the song, as on it, he turns s**t upside down with tenacious bars and unlawful thoughts.

I like how Rexx showcases his many skills on the very first song on this album.

“Falling” is easily the most commercial track on this album. On it, you get tons of infectious melodies, fearless singing, warming vibes, and lyrics that are as mawkish as it gets. Don’t get me wrong, you get a few carefree bars from both Rexx and featured guest Russ here and there, but for the most part, the track is nothing more than a certified hit aimed to make women that are single feel good, women that are taken feel jealous, and n***as that are single or taken nauseous.

Rexx and Kehlani were clearly picking flowers before they created “Your Way.”

“Your Way” is absolutely beautiful! For starters, the song is powered by this guitar-heavy instrumental that does everything in its power to make you turn mushy. Over this instrumental, Rexx Life Raj and Kehlani sing soulfully, asking to listen, care, and show patience with each other. Overall, I think you’re going to love the melody, soothing vibes, and heartwarming lyrics attached to this song, even if you are as single as a dollar bill.

Kehlani has been killing duets lately!

Bars, bars, and more bars is what will stand out to you in “No Permission Needed.” Don’t get me wrong, the track features a sly ass instrumental that has its fair-share of trillness attached to it, in addition to a very melodic/infectious hook, but really, it’s the back and forth spitting that you get from Rexx Life Raj and Bas you get on the song that will make you a fan of it (Not only are both rappers astute with their bars, but they are also so sly with their flows, I almost slipped off of them on my way to the car).

I love how the beat to this song perfectly fits both Rexx and Bas.

I mentioned Rexx Life Raj sounding like Daniel Caesar earlier in this review, but on the real, he sounds like Mick Jenkins, to me. Not only do the two rappers share similar flows, but they also plug in melodic vibes and meaningful lyrics into their raps, too. With that being said, in “Father Figure 3: Somewhere Out There,” Rexx inspires and shows tons of vulnerability, but also comes for the heads of f**k boys and negative thinkers.

Rexx Life Raj is a very versatile musician. Throughout “Father Figure 3: Somewhere Out There,” you get a competitive, tranquil, melodic, clever, wise, passionate, and soulful version of the dread-headed rapper. Aside from that, Rexx does a good job of switching between tough ass rapper and serene singer throughout, caring less if both worlds collide.

While I enjoy Rexx Life Raj’s versatility as a musician, I think it’s his humbling lyrics that makes “Father Figure 3: Somewhere Out There” a meaningful listen. Not only does Rexx tackle real ass topics such as fame, love, religion, and cultural blindness on the album, but he also finds ways to come across as a bit cocky at times, giving off the aurora of someone who thinks he’s the s**t. Long story short, Rexx preaches to the people on this album, but he does it in a way that doesn’t sound all that preachy.

The production on “Father Figure 3: Somewhere Out There” is fantastic! On the album, listeners are treated to pure/uncontaminated instrumentals that give off both feel-good and energetic vibes. If I were to guess, Rexx wanted to treat listeners to sounds that felt a lot less trap-like.

The guest appearances on “Father Figure 3: Somewhere Out There” are great! In my opinion, Bas, Russ, Jay Prince and Kehlani all gifted the album with organic contributions, fitting in nicely with Rexx’s own organic approach to song-making. Kudos to Rexx for collaborating with artists that fit with his style.

I don’t think “Father Figure 3: Somewhere Out There” is the album of the year, but I definitely think it’s good as s**t! In my opinion, it’s hella refreshing, unique, and the definition of a body-of-work that succeeds by staying true to very specific beliefs and values.