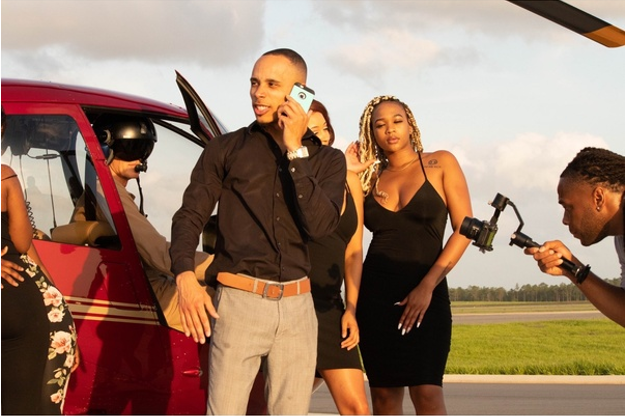 Get to know who Jalen McMillian is!

He was an honors student and achieved academic excellence throughout his high school career. He went to the same high school with a few other celebrities from Miami including rappers Pouya & Stitches. During his 9th grade talent show Jalen was infamously booed off the stage and shortly after he was seen running home crying. Shortly after high school, Jalen uploaded a music video for his song “Like you” which went viral in his local area, getting airplay on radio stations & the Florida Marlins stadium.

He immediately rose to massive internet fame after his 2014 debut album Genesis became an online hit with teenagers. The album generated over 150 million plays, as well as over 100,000 downloads in the first hour. In 2015, his video for “Until the End” had generated the most views in Vimeo history. His Soundcloud account currently has over 25 million plays for the “Genesis” playlist.

After announcing a world tour in 2015, Jalen took a hiatus on his music to focus on a real estate career due to low ticket sales.

On February 22nd 2019 he uploaded “Air Max 95’s & “Call My Name” to his Soundcloud, the latter of which instantly went viral. Fans & media we’re shocked to hear the “bubblegum pop singer” turn into a rapper. On May 17th 2019 he released the EP “Triple Threat” & he is currently working on his long awaited mixtape “Miami Ten” which is set to release late 2019. It is to mention although Jalen’s instagram account @girlsloveJalenMcMillan is verified and boasts an impressive 500k followers, not very much is known about Jalen regarding his personal or family life. His brother Josiah Judah is a well known high school Basketball star.

SERVICE AS A REALTOR

During 2015, 19 year old Jalen took a hiatus from music to focus on building a real estate career. He obtained his real estate license, moved to Tallahassee Florida and began his career with Keller Williams. He was shortly promoted to the “North Florida Moves Team” & was personally managed by the #1 realtor in the state John McLaughlin. Jalen continues to hold his real estate license & has a goal of eventually transitioning into the investment side of the business as he builds his music career.

He was born in Peekskill, New York and has three sisters and a brother. His younger brother is a state champion for his travel basketball team.

He is currently single but has dated a few instagram models. In his music video for his hit song “Call My Name” he is seen with model Victoria Lewis @Vee.dianaa.

He was gaining over 100,000 combined followers per day for a time on his social media networks. His 2015 music video for “Until The End” became the most viewed video in Vimeo history. He wrote, produced, mixed & mastered every song on his debut project “Genesis”. His music video for “Until The End” was a trending topic on Twitter for over 24 hours the day of release. His popular verified Instagram account (@girlsloveJalenMcMillan) boasts over 400k followers & his videos on Instagram has racked up millions of views.