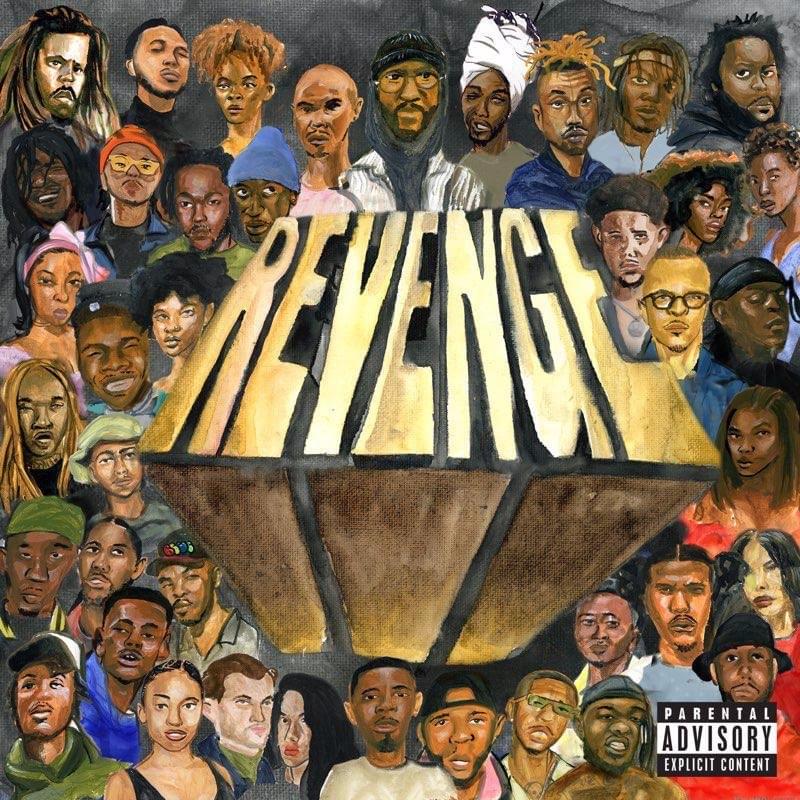 “Up Up Away” features a few rappers that can take Kendrick Lamar to a game 7 of a rap battle.

EARTHGANG, J.I.D., and Vince Staples all sound so gassed up on “Up Up Away,” it’s actually hard to decipher between the four. Well, since I’ma nice guy, I’ll breakdown what I heard from each rapper:

“Late Night” doesn’t feature the biggest stars in Dreamville, but in my opinion, the track is pretty f**king dope! On it, you get tough ass bars about overcoming odds and reaching success by Cozz, Omen, Buddy and Landstrip Chip, in addition to an infectious ass hook and a dope ass instrumental that does a great job of hyping you up and giving you chill ass feels.

Revenge of the Dreamers III is a very good album. While I love the rap records on it, I thought the R&B joints were pretty solid. The good news is that Dreamville hasn’t decided to abandon their R&B department in 2020, because in this director’s cut album, they plugged in a sultry R&B-inspired gem called “BUSSIT“.

“BUSSIT” features hypnotizing vocals, lyrics that are raw and raunchy, and a beat that is cooler than Stefan. Though you won’t be bumping the song during a pregame, you will bump it when that badass chick you been dying to hang out with comes over on a late night.

I think Ari Lennox and Erykah Badu are the same people.

I can see a bunch of listeners sleeping on “No Chorus.” Even though the track features lyrics that are tougher than Biff, flows that are sturdy as f**k, colorful deliveries, and a beat that is pretty damn trill, n***as didn’t try that hard on the hook to the track… (This generation loves hooks)

“Still Dreamin” definitely struck a chord with me. On it, J.I.D., 6LACK, Lute and Ari Lennox let the world know about the struggles they endured during their come up, the wise words they studied for motivational purposes, and their relationship woes. While the sobering instrumental and deep ass lyrics each artist gifts us with on the song will catch your attention, I think its J.I.D. and 6LACK’s ability to sound like each other that will catch your attention the most.

This revamped version of Revenge of The Dreamers III follows in the same path of the original version: It features authentic/raw ass rap tracks that lovers of the genre will appreciate.

The rapping on Revenge Of The Dreamers III: The Director’s Cut is flawless. J.I.D. did a great job of hitting us with dynamic/meaningful verses, Bas did a great job of effortlessly dropping killer bars on his verses, EarthGang’s energy on their verses was impeccable, Cozz and Omen gave me old school hip-hop feels on their verses, and lastly, featured guests such as Dreezy, Vince Staples, Reason, Buddy, 6LACK, and Guapdad 4000 did fantastic jobs of matching the energy of everyone else on the album.

Ari Lennox did a good job of holding down the R&B section of Revenge Of The Dreamers III: Director’s Cut. She made sure to give us soulful 90s vibes on every single song she was on. Aside from Ari’s contributions, I thought the hooks on the album were neglected. To me, that’s a blessing in a curse; in one sense, it’s a blessing because it forces listeners to pay attention to the raw ass bars that dominate the album; in another sense, those who aren’t hip-hop heads may want a break from all the raw ass rapping on the album, but you really don’t get it… I understand both sides.

The instrumentals on Revenge Of The Dreamers III: Director’s Cut are all fantastic! They will make your head nod, they will sober you up, and they will make you want to turn into a freestyler. They will also remind you of s**t you heard back in the day.

What Revenge of The Dreamers III: The Director’s Cut proves to me is that music by C-list rappers/singers can truly be enjoyable. If you like the art of rap, you will like this album!