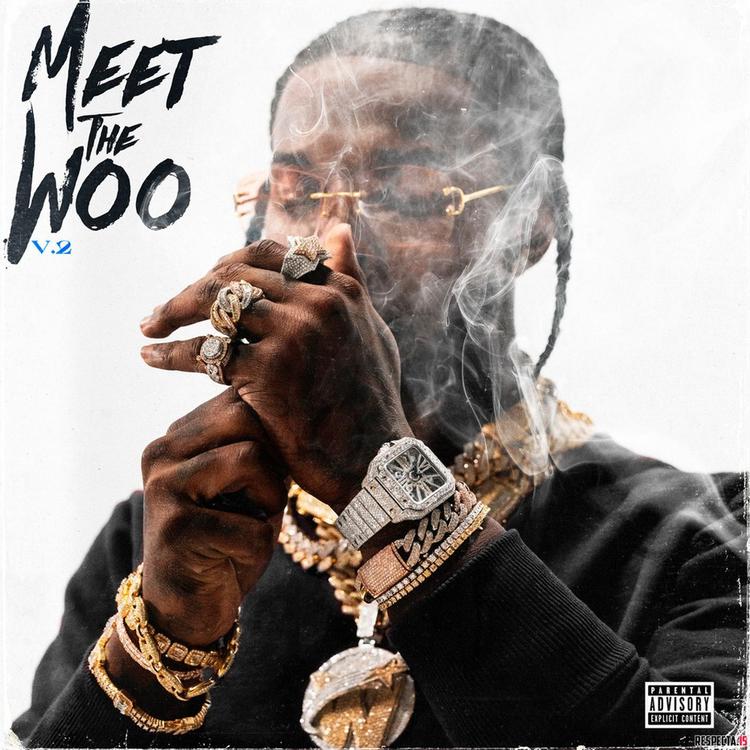 “Sweetheart” is probably Meet The Woo Vol. 2’s most unique track… AND IT REALLY ISN’T ALL THAT UNIQUE! On it, you get both a forgettable verse and an extremely melodic hook by Pop Smoke, plus a ferocious verse by featured guest Fivio Foreign in which he comes across as deranged and ruthless. To make a long story short, “Sweetheart” sounds like a serial killer anthem.

Right now, Brooklyn is being run by youngins; two of those youngins are Pop Smoke (20-years old) and Lil Tjay (18-years old). In Mannequin, they unite, gifting us with a banger that features bars that are motivational, braggadocios, and effortlessly violent. While Smoke delivers his bars grungily on the track, Tjay delivers his with a melodic style that will make you realize that drill music doesn’t have to always sound so grungy.

Opening up Meet The Woo Vol. 2 with “Invincible” was such a great idea! For starters, the song features this cinematic instrumental that practically lets you know that you’re about to hear some serious street s**t. As for Pop Smoke, on his verses to the song, he talks about separating himself from the fake, he reiterates that he is running Brooklyn, and he informs us that he’s open to putting some dusty ass d**k in our women.

Christopher Walking is a dark-ass track that revolves around warning shots, violence, and levels of raspiness that Theraflu won’t be able to clear. Below are some of the threats you will hear in the song:

Why can’t we all just get along, Brooklyn? There are enough quarter waters in the hood for everyone.

Let’s be honest, every single track on this Meet The Woo Vol. 2 album sounds like a remix to “Welcome To The Party.” With that being said, I tried my hardest to find a bunch of unique things to say in this review, and I failed miserably…

So how are the beats on Meet The Woo Vol. 2? To me, every single one of them sounds like some Brooklyn drill s**t. Every once in a while, Pop may turn up the soulfulness on a beat, but that rarely changes its tempo and dark vibes.

So how is the rapping on Meet The Woo Vol. 2? I thought it was pretty decent! Don’t get me wrong, Pop Smoke and his buddies don’t quite talk about meaningful s**t on the album, but they do bless us with flows that are pretty unique, punchlines that are solid, and lyrics that do everything in its power to make you want to join a gang. Additionally, I thought the hooks on the album were above average, as, most of them straddled the line between catchy and snappy pretty amazingly!

So why bother listening to Meet The Woo Vol. 2? Well, believe it or not, despite having a raspy ass voice and a fear of rapping over beats that aren’t on some Brooklyn drill s**t, Pop Smoke has some star qualities to him! For some odd reason, when he speaks, you hang onto his every word, even though the words that come out of his mouth aren’t anything you haven’t heard before. It’s almost like he has found a method of music-making that hypnotizes you… If you are lucky enough to evade Pop’s spellbinding ways, you will realize that Meet The Woo Vol. 2 is average at best.