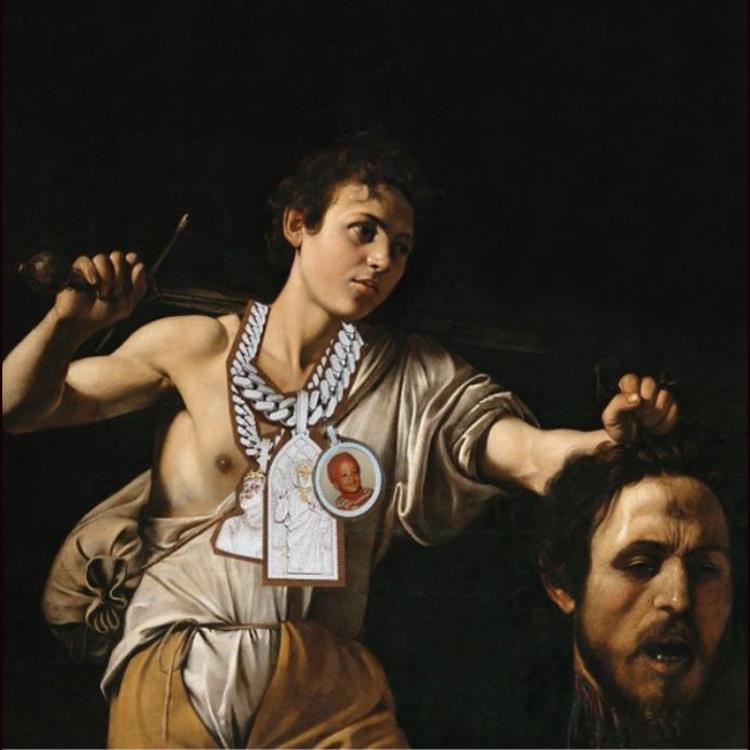 Westside Gunn brings gangsta rap to the forefront with “Pray For Paris.”

Freddie Gibbs, Roc Marciano, and Westside Gunn are cut from the same cloth. While the three rappers probably won’t be labeled as heartthrobs anytime soon, their knack for dropping bars that are beyond real is what makes them special.

On “$500 Ounces,” Gibbs, Marciano, and Gun hit us with bars that let the world know that it is OK to cry tears when you think about your idols that have fallen, that it is OK to give yourself a pat on the back for being a successful drug dealer, and that it is OK to carry a gun on you at all times. Though the beat that powers the song is as smooth as some overcooked pasta, all three rappers sound like they want to blow out your noodle.

The chemistry between Westside Gunn, BENNY the BUTCHER & Conway the Machine is as good as the chemistry between Gilbert Arenas, Caron Butler and Antawn Jamison back in 2005 (I was a major Wizards fan back in the day). Gilbert was the flashy scorer for that Wizards team (I think BENNY the BUTCHER is the flashiest rapper in the group), Caron Butler was the bulldog (Conway The Machine is the grungiest rapper in the group), and Antawn Jamison was the workhorse (Westside Gunn is the workhouse in the group). None of them stepped on each others’ toes, which I thought made them a great trio (Nobody on Griselda steps on anyone’s toes).

On “Allah Sent Me,” Griselda gifts us with a gangsta-ass track that features a beat that is as mafioso as it gets and bars that are so gutter, I feel like I let Jesus down by listening to them. That’s all I have to say about “Allah Sent Me.”

“French Toast” isn’t quite a song I would play on valentine’s day, but it does sound hood-romantic.

“French Toast” is powered by a beat that sounds like it picks flowers and takes long walks on beaches. Over it, both Westside Gunn and Wale brashly remind their women that they love them, but they love themselves more. While the former sounds like he’s yelling at a McDonalds drive-thru worker on the song, the latter sounds like he invented the word playa.

“327” is colder than the corner of my basement that gets zero sunlight.

“327” features the following: A beat that sounds like it just came off of a ventilator, both celebratory and braggadocios bars by Westside Gunn, both jubilant and obnoxious bars by Joey Badasss, and both competitive and disrespectful bars by Tyler, The Creator. Every rapper featured on this song sounds like they have their head so far up their ass that they could do COVID-19 testing with it.

“George Bondo” is the first real song on Pray For Paris, and it is the realest song I’ve heard in a while.

“George Bondo” features Conway The Machine and Benny The Butcher. What the trio gifts us with on the track is drug-talk, gritty deliveries, hood wisdom, cocky bars, sturdy flows, and violent threats. What the beat that powers the track gives us is something we can violently nod our head to.

“George Bondo” is easily one of the hardest rap songs I’ve heard in five years.

What a lot of people don’t know is that I grew up a major fan of street hip-hop. When I was a kid, I listened to nothing but Jay-Z, DMX, The Lox, Biggie, evil LL Cool J, Beanie Sigel, Black Rob, G-Unit, and even Memphis f**king Bleek. With that being said, Pray For Paris is no different than the street-hip-hop I used to listen to back then.

Westside Gunn is such an interesting rapper. Though he is a top-notch lyricist, he does have the voice of a teenager that hasn’t hit puberty yet. On Pray For Paris, Gunn shines by coming across like a retired drug-dealer/wealthy mob boss that gets a hard-on talking about wacking n*ggas and counting money. While he isn’t the most dynamic rapper in the game, his main superpower is his ability to sound like a disruptive n***a in a room full of pleasantness.

We cannot overlook the production you get on Pray For Paris. The beats you hear on the album are smooth, cinematic, deceivably calm, and most importantly, gutter. On the real, you can bump this album at a speakeasy or traps that got computer desks.

If you haven’t sold a kilo or dropped a hot 16 before, you weren’t allowed to be on Pray For Paris (Wale and Tyler, The Creator barely made the cut). Every single guest on the album complimented Westside Gun’s menacing ways by bringing out their most competitive sides rapping-wise. I am all for rap projects that feature competitive bars.

Westside Gunn, Conway The Machine and BENNY the BUTCHER has shown the world that there is still a demand for music that Wal-Mart, church, and your grandparents want no part of. They’ve also shown the importance of great production, valuing bars over melodies, and most importantly, how keeping it real is something that people can feel and not just hear… PS. Westside Gunn, you don’t need more people, I believe you!