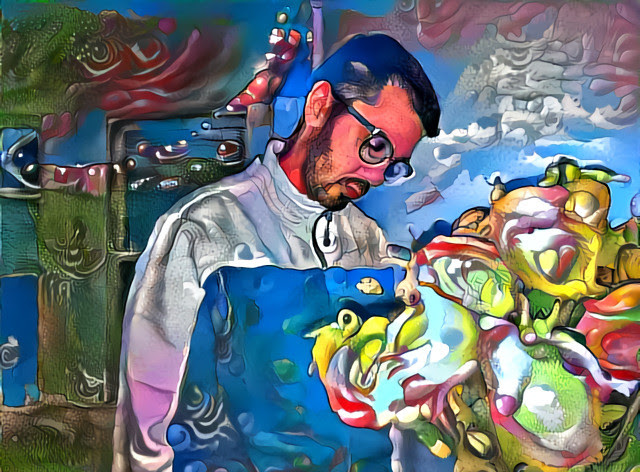 I bet you didn’t know that Monti Korbelle had a sweet side. On “Hey Sweetheart,” he lets his heart bleed.

Dora Pereli and Monti Korbelle play millennial Romeo and Juillets on “Hey Sweetheart.” While Dora is probably as gentle as the original Juillet, Monti sounds like a triller Romeo. Nonetheless, the two musicians were able to gift us with music that is both edgy and solemn, soulful and dingy, and endearing and romantic on the song.

4. BODY OF CHRIST, BREAD OF CHICKEN

“Body of Christ, Bread Of Chicken” will give you a powerful shot of reality.

“Body of Christ, Bread Of Chicken” features production that is sobering, a hook by Dora Pereli that is both mesmerizing and engulfing, and bars by Monti Korbelle and Esvi that are competitive, sanctified, and thought-provoking. While Dora, Monti, and Esvi don’t quite sound like they should know each other, the way their styles mix is intriguing to listen to.

There are so many things to love about “Take Me To Paris.” For starters, the track is powered by both a soulful beat and an emotional hook by Dora Pereli that sets the tone for something riveting. As for both Monti Korbelle and Johnny II.X, they drop verses that feature complex flows and lyrics that straddle the line between idiosyncratic and political.

“Billionaire Kylie Jenner” is a quirky track that is all about money, power, and respect.

“Billionaire Kylie Jenner” is powered by this sly-ass beat that reminds me of some Pink Panther s**t. Over it, Monti Korbelle, Oh Well and Honey-B-Sweet talk about the thin line between selling out and selling big. What I love most about the song is that each rapper takes on a different approach on it: Monti raps skeptically on his verse, Honey-B-Sweet raps cunningly on hers, and Oh Well raps sarcastically on his.

Doesn’t “Billionaire Kylie Jenner” remind you of a CNBC version of “BEST ON EARTH” by Russ and Bia?

I love “Cogito” as a club banger, a lyrical banger, and an inspirational banger. If the song’s bass boomin/hypnotizing beat doesn’t catch your attention, Monti Korbelle’s passionate hook definitely will. If neither the beat or Monti’s hook catches your attention, his grungy bars about being an underdog that is misunderstood, doubted, and undestroyable will.

Monti Korbelle is an absolute genius! Not only does he tackle your everyday affairs like an insightful human-being but he also has a knowledge of music that is unbelievable. On Global Carbon Tax Economy, Monti touches on a bunch of topics he believes are getting swept under the rug in America.

To me, Monti Korbelle is the closest thing to Kanye West (I’ve always felt this). Does he have a bit of a cocky side to him rapping-wise? Yes. Does he know how to put together music that combines the simplicity of a trap song with the complexity of opera music? Absolutely. With that being said, Global Carbon Tax Economy is a body-of-work that you can nod your head to, get emotional feels from, and be very bemused by.

Though I believe Monti Korbelle is an MC that can spit tough-ass bars with the best of them, he is also an MC that doesn’t mind taking a difficult route to get his points across about social injustice, love, and wokeness. What I also love about Monti is that he knows how to plug his like-minded, yet vastly dissimilar music counterparts into places on the album that either complement his style or make him seem like someone who is off the rails. (Such fearlessness needs to be applauded)

As good as the raps are on Global Carbon Tax Economy, the greatest thing about the album is the production you get on it. While every single beat you hear must be applauded for its ability to invigorate, the song’s structures, the song’s transitions, the song’s fills, and the song’s variations also have to be acknowledged, too. To make a long story short, Global Carbon Tax Economy doesn’t ever have a dull moment, and I think a major reason is because of the production on the album.

After listening to Global Carbon Tax Economy, you will truly understand what rebelliousness means when it comes to making music. Kudos to Monti Korbelle for being a woke figure!