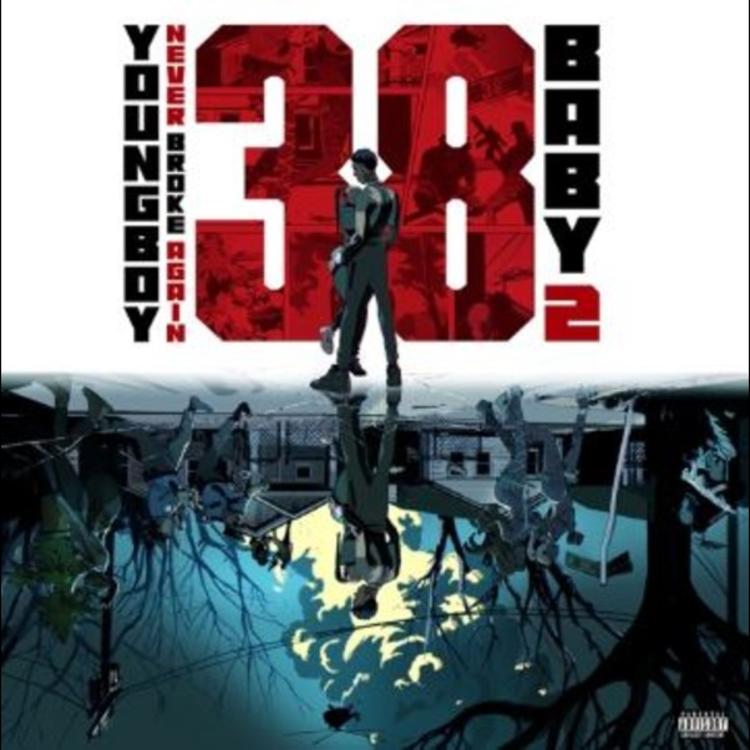 YoungBoy Never Broke Again goes crazy on what might be his last album for a while.

DaBaby and YoungBoy Never Broke Again have built-up quite the rapport. Just last week, the two southern rappers united for “JUMP” off of Blame It On Baby. On “Thugs Of Spade,” Baby and YoungBoy join forces once again, gifting us with a banger that is extremely emotional.

I thought Young Boy Never Broke Again absolutely killed his feature on “JUMP.” Well, DaBaby decided to return the favor on “Thugs Of Spade” by gifting Young Boy with one of his best verses to-date. Not only does he legitimately comes across like Pac on the song, but he also raps with a level of energy that is hard to ignore.

YoungBoy Never Broke Again plays the back on “Thugs Of Spade,” but he still gifts us with raps that straddle the line between ferocious and soulful.

“Ain’t Easy” is powered by this emotional beat that definitely has some knock to it. Over it, YoungBoy Never Broke Again switches between soulful & gritty, heartbroken & violent, and humble and braggadocios. While I’m not the biggest fan of his bi-polar style of singing on the song, I do love how he lets his heart bleed.

YoungBoy Never Broke Again switches up his sound a bit on “AI Nash.”

Though YoungBoy Never Broke Again likes to rap over beats that sound like they are suicidal in his music, “AI Nash” is powered by more of an electrifying beat that I can see Future spitting serious bars over. Nonetheless, the song features both explosive and melodic deliveries and tons of braggadocios/sick-ass lyrics.

“I-10 Baby” is a very heinous song. Matter of fact, I listened to it from under my bed.

I prefer a melodic version of YoungBoy Never Broke Again, but don’t mind when he hooks us up with some heinous s**t. With that being said, “I-10 Baby” is built on heinousness. Not only do you get a version of the 20-year-old that is on his mobbin’ s**t, but you also get deliveries from him that don’t sound sweet at all.

“Nawfside” is a shameful way to spell ‘Northside.’

“Nawfside” features an infectious melody, tons of trash talk, a beat that has a helluva bop attached to it, and erratic rap flows. Though you get a version of YoungBoy Never Broke Again that is a bit tamed on the song, he still sounds like a n***a that grew up watching way too much WWF as a kid.

YoungBoy Never Broke Again is clearly troubled. These last couple of weeks, I’ve heard way too many disturbing things come out of his mouth. On 38 Baby 2, YoungBoy continues to sound like an erratic individual that has both tons of money and tons of demons.

YoungBoy Never Broke Again isn’t the second-coming of Usher, but he knows how to sing fearlessly and harmonize like a n***a that just caught the holy ghost. Throughout 38 Baby 2, he uses his unique singing skills to chastise his enemies and let his heart bleed about emotional s**t like being pushed away by females and family members. YoungBoy also takes advantage of beats that are boast both riveting and soulful vibes.

YoungBoy Never Broke Again isn’t the second-coming of Tupac, but he really knows how to play a thug in his music. Throughout 38 Baby 2, he talks abut shootouts, he talks about robbing people, he talks about staying in the hood when he doesn’t have to, and he talks about treating women like objects. Though he doesn’t really gift us with clever punchlines or tricky flows on the album, he does rap with good energy.

In all honesty, I’m glad that YoungBoy Never Broke Again is thinking about taking a music hiatus. Not only do I think he is not in a good frame of mind these days, but I’m also starting to find his style to be a bit stale… (Go ahead and go away for a few months, YoungBoy)