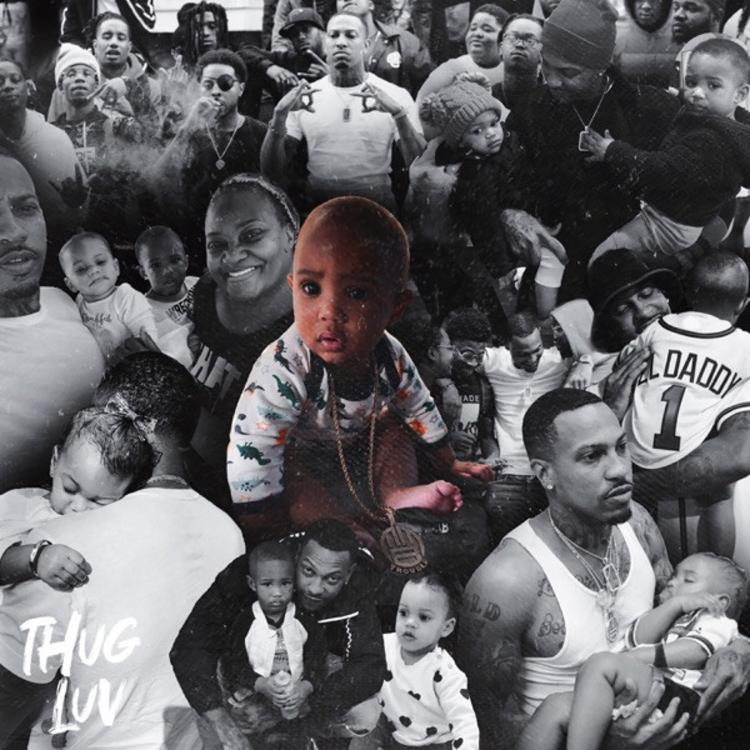 Anyone that grew up in the hood can relate to “Dreamin Bout My Dawgz.”

Trouble dropped a lot of flashy singles to promote Thug Luv, but in all honesty, I think he is at his best when he is on some hood soulful s**t. With that being said, “Dreamin Bout My Dawgz” is one of the best songs on this album because it sounds deep, it sounds trill, it sounds authentic, and it sounds dramatic.

Personally, I think simple is good for Trouble.

Trouble and Quavo play quite the tandem on “Popped.”

“Popped” is powered by this bouncy trap beat that will make you want to jump on your parent’s bed (Remember how fun it was jumping on your parent’s bed back in the day?). Over it, Trouble raps erratically about smashing chicks and spending money recklessly. As for Quavo, on the song, he gives us something that is more on the melodic/bossy side.

“Popped” is beyond average, but I like the energy attached to the song.

Silkk Tha Shocker & Mystikal’s “Ain’t My Fault” is a song that is so stupid, you can’t help but like it. After 20 years, Trouble and Boosie Badazz decided to remake it, and the end-result is something I believe to be extremely solid!

“Ain’t My Fault” is raw, catchy, trill, and pretty nostalgic-sounding. On it, Trouble and Boosie go back and forth on some reckless s**t, outlining how they are women-smashing/money-making thugs that can care less about global warming. While I prefer the original version of “Ain’t My Fault” over this new version (Mainly because I love crazy-ass Mystikal’s verses on the original version), this new version does sound a lot more normal.

“Uh Huh” is hotter than a COVID-19 patient’s forehead (Too early?).

“Uh Huh” is powered by this uptempo trap beat that I guarantee you will nod your head to. Over it, Trouble hits us with dark-ass bars about taunting the boyfriends of his jumpoffs, while 2 Chainz hits us with competitive-ass bars that have him proclaiming himself to be a trap legend and killer MC. Though the two rappers have vastly different styles, their chemistry is outstanding in the song.

“She A Winner” falls in line with all of the other ratchet-ass strip club joints being produced in the rap game as of late. In this particular episode, Trouble and City Girls talk about some nasty/reckless/sultry s**t over this flipped version of Choppa’s ever-so-famous “Choppa Style” beat (Kudos to Hitmaka). While I f**k with the song’s club vibes, I do find the back and forth between Trouble and Yung Miami to be the ghettoest s**t I’ve ever heard in my life (In My Rihanna voice).

To many hardcore hip-hop fans, Edgewood by Trouble is a classic album. Though I disagree, I can see how someone would consider the body-of-work well-constructed, authentically trill, and low-key explosive. Unfortunately, Thug Love doesn’t have the same magic that Edgewood has.

So what do I enjoy about Thug Love? I love the songs in which Trouble keeps it gangsta, the songs he experiments with zany rap deliveries, the songs that he tries his hardest to get his mob on, and the songs he links up with the South’s finest. What I don’t like about Thug Love is that the album features too many throwaway songs, too many songs in which Trouble comes across like an unserious singer and too many songs that sound like some generic trap s**t. As someone who thinks highly of the Atlanta rapper, I thought Thug Love was entertaining but way too forgettable to praise.