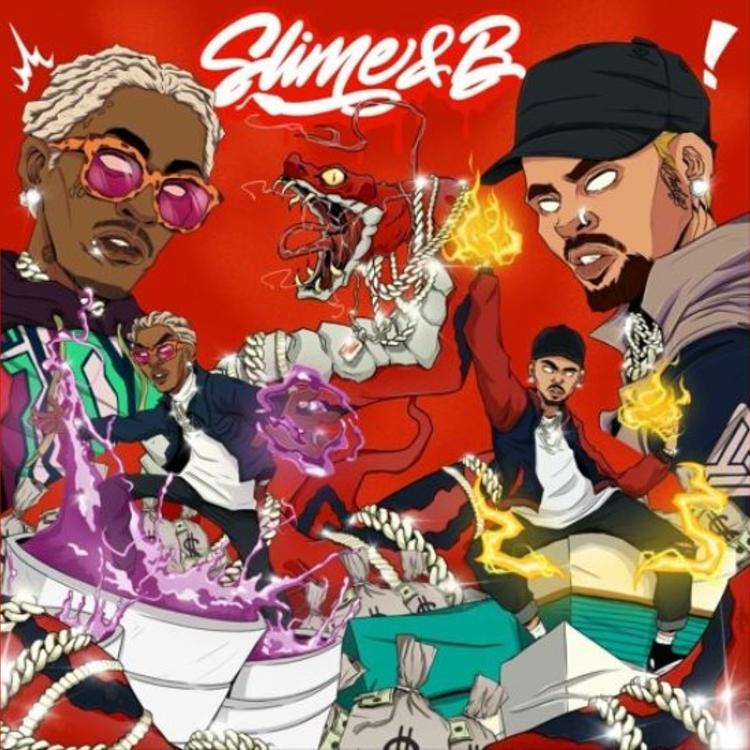 “TRAPBACK” finds a way to blend hard-hitting vibes with flush vibes masterfully. To be more specific, the song features a beat that is both serene and ferocious, a hook that is both infectious and trill, lyrics that are both romantic and savage, and vocal performances that are both soulful and gritty.

While I think Chris Brown carries “TRAP BACK,” I do think Young Thug puts up a verse on the song that is beyond great.

You get classic Chris Brown on “CITY GIRLS.”

Would I call “CITY GIRLS” a slow jam? Not quite. While it features silky smooth vibes, it also features way too many brash-ass lyrics (I don’t know about you, but I consider a song a slow jam if my Christan lady can bump it without feeling uncomfortable). Nonetheless, I feel like Chris Brown and Young Thug do fantastic jobs of coming across like this generation’s Bobby Brown and Weird Al Yanovich on the song.

“STOLEN” is an edgy R&B banger. I was sweating profusely while listening to it.

When Chris Brown sounds confrontational in his music (Think “Deuces”), he is undefeated. With that being said, on “STOLEN,” the VA rapper literally sounds like he was set on fire by an arsonist. As for Thugger, I didn’t care much for his verse on the song… It wasn’t bad, I just thought he was unable to match Chris’ energy on it (You could’ve put anybody on this song and they would’ve gotten overshadowed by Chris).

“SAY YOU LOVE ME” is full of 808s, sly vocals, and reckless lyrics.

Chris Brown won “Say You Love Me” (Barely, though).

While “BIG SLIME” is a slime anthem, “ANIMAL” is a black rockstar anthem. On it, Chris Brown and Young Thug sing freely about living a fast life that they can’t handle anymore.

You get Costco-sized passion on “ANIMAL.” Not only is the beat attached to the song something you would hear at the end of an action movie, but the singing you get from both Chris Brown and Young Thug (Mainly Chris Brown) might f**k around and make you tear up.

Sometimes oil and water mix. Young Thug and Chris Brown have completely different styles, but on Slime&B, their styles work very well together.

Let’s be real: Slime&B is a Chris Brown album that features Young Thug. Matter of fact, I think Jay-Z is on Jay Electronica’s A Written Testimony album more than Young Thug is on Slime&B. With that being said, Thugger did find ways to change the pace, the sound, and the vibes of the album every opportunity he got. I also feel like his presence influenced Chris Brown to be a savage that could care less to be a role model.

I’m not gonna lie, Chris Brown sounds amazing on Slime&B! On the album, he gifts us with hooks that are exhilarating, singing performances that are extraordinary, and lyrics that are authentically trill. You can question whatever you want about Brown, but never question dude’s effort.

Slime&B features so many different styles of music. On the album, you get clubby music, authentic R&B music, edgy music, Cali music, and even trap music. While kudos must go to Young Thug and Chris Brown for adjusting to everything that was thrown at them, you must also give kudos to every single producer that did work on the album.

Slime&B had features that I didn’t need. I love Gunna, I love Too Short and I love E-40 (Lil Duke is meh), but I didn’t need any of them on this album to enjoy it. As for Future, it was dope hearing him on “HELP ME BREATHE.”

If you are in the mood for music that straddles the line between traditional R&B and futuristic hip-hop, you will love Slime&B.