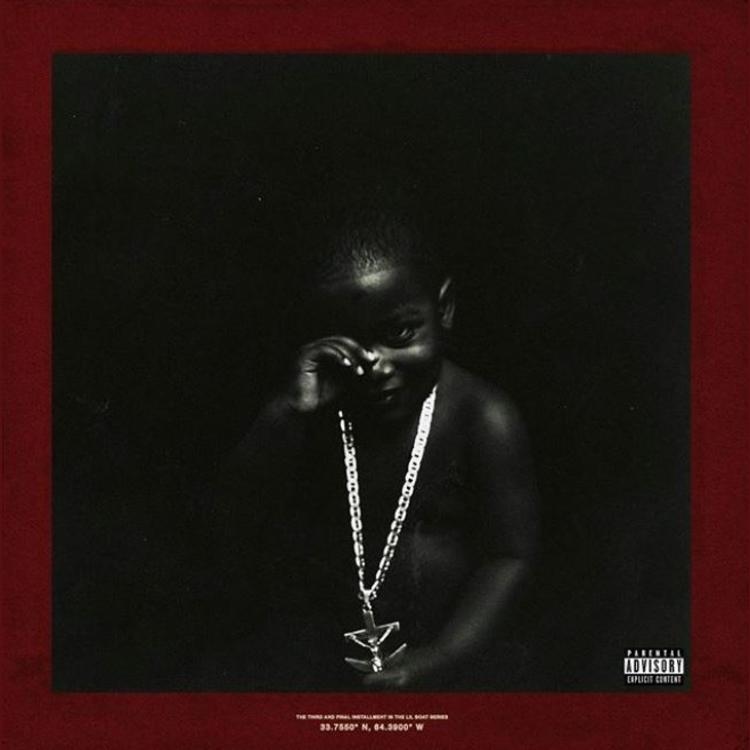 “Black Jesus” is one of the songs that go really hard on this album.

I wouldn’t be surprised if Lil Yachty wrote “Black Jesus” after looking at positive comments he received on Twitter. On it, he brags nonstop about his money, his sex moves, his disgust for fake n***as, and his violent ways. Though I feel like Yachty straddles the line between boring and captivating on the song, at the end of the day, his confidence will jump out at you.

The only “Black Jesus” that I acknowledge is the actual Black Jesus… and Michael Jordan.

You get serious bars on “T.D.”

“Split/Whole Time” is one of the toughest songs Lil Yachty has released to-date.

“Split” and “Whole Time” are both really good songs (Yes, the song is broken into two). “Split” features savage-ass bars and a beat that will make you nod your head violently. As for “Whole Time,” it features a myriad of rap styles, tons of braggadocios lyrics, and a beat that has some serious bass attached to it. Combined, the two songs will make you a believer in Yachty.

“Till The Morning” straddles the line between sunny and gangsta.

“Till The Morning” is one of the few songs on this album that feels complete. On it, you get a hook by both Lil Durk and Lil Yachty that is highly infectious, a verse by Young Thug that is rebellious, braggadocios, and hood-romantic, and a verse by Lil Yachty that has him sounding like a n***a that is willing to play Captain Save-a-hoe to a chick. The song also features a beat that is pretty damn lively.

Wow, I can’t believe Lil Durk doesn’t have a verse on this song.

Remember when Drake said the following:

“Open water, my location is remote. Shout out Yachty but this ain’t a lil boat”

Well, in “Oprah’s Bank Account,” he finally f**ks with a lil boat!

So why should you add “Oprah’s Bank Account” to your music library? Well, if you like singing duets between Drake and Lil Yachty, you will like the song a lot. If the duo’s singing doesn’t convince you to add the song to your music library, I am sure the bass boomin’ instrumental that sounds like it wears colorful shirts will. In the event that the song’s instrumental doesn’t tickle your clicking finger, perhaps DaBaby’s tough-ass verse about stealing the mouths of our women will. If none of the things I just mentioned moves you, dammit, you don’t know what good music is!

If I am being honest with you, I don’t think Lil Yachty is a good musician at all. To me, he’s a GOD-awful singer and a so-so rapper. With that being said, these days, the QC rapper doesn’t drop as many songs that are absolute jokes. Matter of fact, a good chunk of the songs on Lil Boat 3 are actually on some respectable s**t. Unfortunately, that doesn’t mean they are all good.

If I am being COMPLETELY honest with you, there are about 3-4 songs I actually like on Lil Boat 3. Obviously, the ones that featured other artists were dope, but besides that, I simply wasn’t moved by what I heard. On the album, too many songs featured predictable lyrics and unpleasant singing. Too many songs also sounded like bad freestyles. I do admit, I do love the vivacity Lil Yachty brought to the album, as a bunch of songs feature lively beats and tons of pizzazz.

Lil Yachty, you are improving as an artist, but you still have a long way to go…