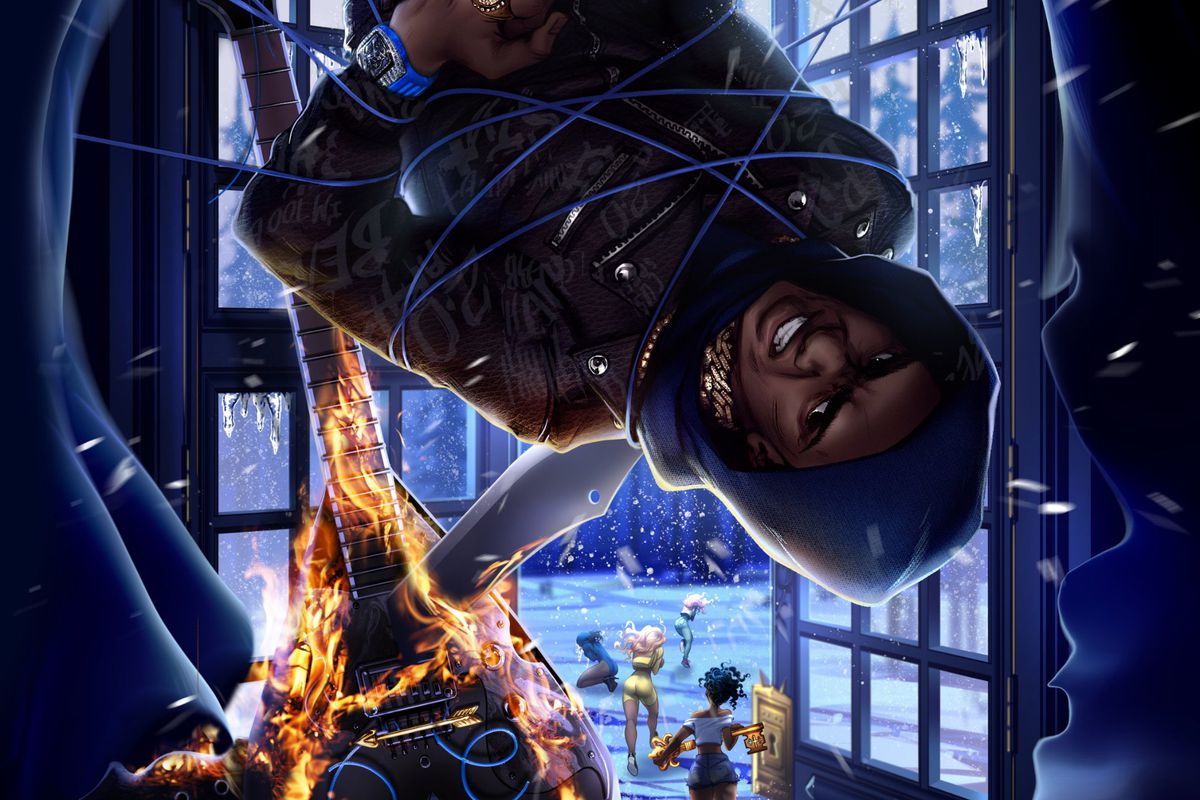 On “Talk About It,” A Boogie Wit Da Hoodie gets very introspective.

Throughout “Talk About It,” A Boogie Wit Da Hoodie talks about the paranoia that he lives with now that he’s famous. Even though he sings his ass off, real ones will relate to every single gangsta-ass claim he makes in the song.

People hear songs like “Look Back At It” and think A Boogie Wit Da Hoodie is sweet. If you are familiar with his story, you know that he is more than capable of getting gully. With that being said, on “7 Mac 11s,” Boogie both aggressively and melodically reminds his enemies that he is willing to blast his gun whenever he needs to.

I f**k with the Beethtoven-like beat that powers “7 Mac 11s.” That s**t made me want to wave my index fingers in the air like I just don’t care.

A Boogie Wit Da Hoodie plays no games on “Bleed.”

“Bleed” features a drill beat that is colder than an NFL owner. Over it, A Boogie With Da Hoodie hits us with bars that straddle the line between braggadocios and ferocious. Additionally, he gifts us with dynamic flows, infectious hums (The hums aren’t as infectious as Kid Cudi’s hums, though), and melodies to die for. If you are a fan of old A Boogie, you will absolutely love “Bleed.”

A Boogie Wit Da Hoodie isn’t shy about being the King of New York. On Artist 2.0 Deluxe, the Highbridge rapper spits over beats that his foes would murder while maintaining this melodic sound that made him one of hip-hop’s most sought after acts.

Artist 2.0 (Deluxe) features an adorable song (“It’s Crazy”), hood-romantic songs (“Memories” and “Act Like That”), and a whole bunch of mobbin’ ass songs (Everything else). Even though A Boogie Wit Da Hoodie is clearly one of the most successful hip-hop acts in the game right now, he has continued to find a way to make music that stays true to who he is as a person. He has also found a way to come across like a rap anti-hero, a heartbreak kid, and someone who understands that what music listeners want to hear these days are killer melodies, killer melodies, and killer melodies. Up-and-coming rappers, A Boogie has the keys to success!