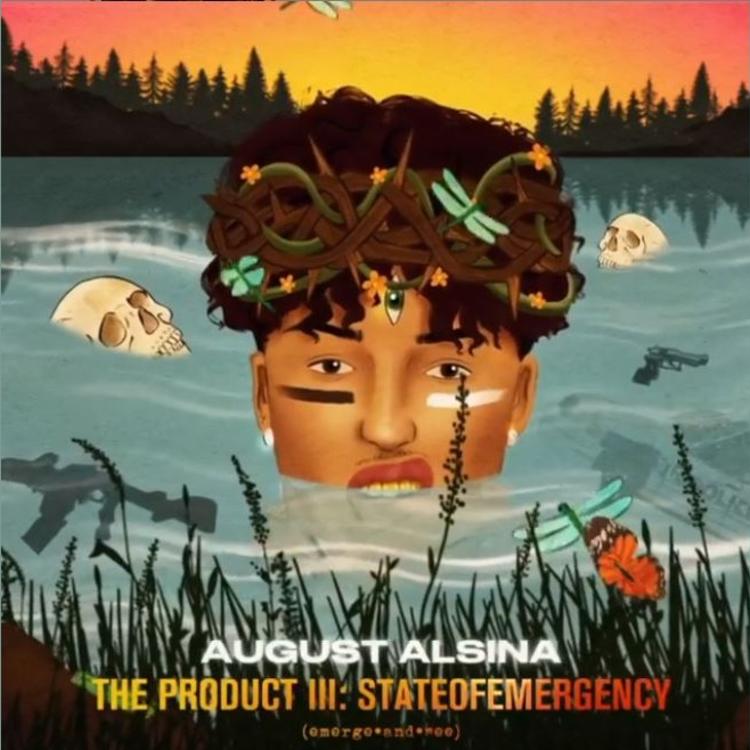 In this day and age, I’m all about listening to music that is uplifting. With that being said, “Fly Far” is the type of song that will make you think that you can escape all of your troubles.

“Fly Far” isn’t only uplifting, it also features a lively beat, bohemian vibes, and melodies that are truly remarkable (The melodies that you hear on the song are the best thing about it). All in all, I just love what “Fly Far” does to my soul.

“Sincerely” might f**k around and make you tear up.

August Alsina created “Sincerely” to let his nieces know that he’s going to be there for them through thick and thin (His nieces lost their mother a few years ago). Though I do think there are songs on The Product III: StateofEMERGEncy that slap more, I just feel like “Sincerely” is too beautiful of a song to not acknowledge.

“RRR (Real Recognize Real)” is an R&B anthem that gangstas will respect.

“RRR (Real Recognize Real)” features a relaxing beat, the realest lyrics I’ve ever heard in my life, and a soulful vocal performance. My only issue with the song is that August says the word “n***a” a lot on it (I feel like he used the word to finish his bars too much on the song).

August Alsina reminds us how hard New Orleans is on “NOLA.”

Back in the day, you couldn’t find an R&B singer that was triller than August Alsina. Well, it seems like s**t hasn’t changed for him, because on “NOLA,” he gifts us with silky smooth vocals but lyrics that are aimed to make weak-ass n*ggas bow down.

August Alsina reminds folks that he is the real-deal on “Today.” In the song, he talks about being this relentless figure that refuses to fail, give in to pressure, or neglect his family.

If you aren’t a big fan of the lyrics on “Today,” I’m sure you will like the song’s riveting beat and August’s passionate vocal performance.

While a good chunk of the R&B songs that you hear on the radio these days are on some lovey-dovey/steal your woman s**t, August Alsina is one of the few singers that actually likes to sing about some real s**t. To be more specific, on The Product III: stateofEMERGEncy, I love how August talks about taking care of his nieces, about being an unflappable figure that refuses to stay down when he’s knocked to the ground, and about growing up in a world that continues to present challenges for him. Even when he talks about some violent/playa s**t on a song, it’s done in a way that is authentic and so damn raw.

Do I really have to talk about August Alsina’s voice? Everyone should know by now that he is a fantastic singer. Though he’s more concerned with letting loose than actually impressing folks with his singing techniques, at the end of the day, he has a voice that can move mountains.

I always thought that August Alsina had a bright future. On his first two projects, I thought he showed glimpses of greatness. I’m not going to lie, on The Product III: stateofEMERGEncy, I heard chunks of greatness from August Alsina! Not only did he successfully decipher himself from the other R&B acts in the game, but he also found a way to make music that won’t get old.