Listen To “Of Dons & Divas” By Vybz Kartel 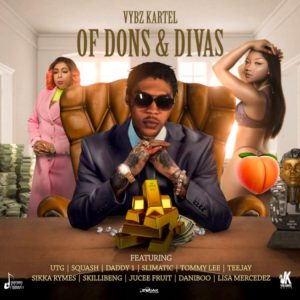 Vybz Kartel continues to drop music from behind bars.

Vybz Kartel is still doing work, folks! He dropped a new album this weekend called Dons & Divas that has him sounding like he’s in prime form!

Though Vybz Kartel shines bright on Of Dons & Divas, he does get some valuable features on the album from Likkle Vybz, Likkle Addi, Lisa Mercedez, Daddy1Teejay, Squash, Sikka Rymes, and more!

Listen to Of Dons & Divas below!