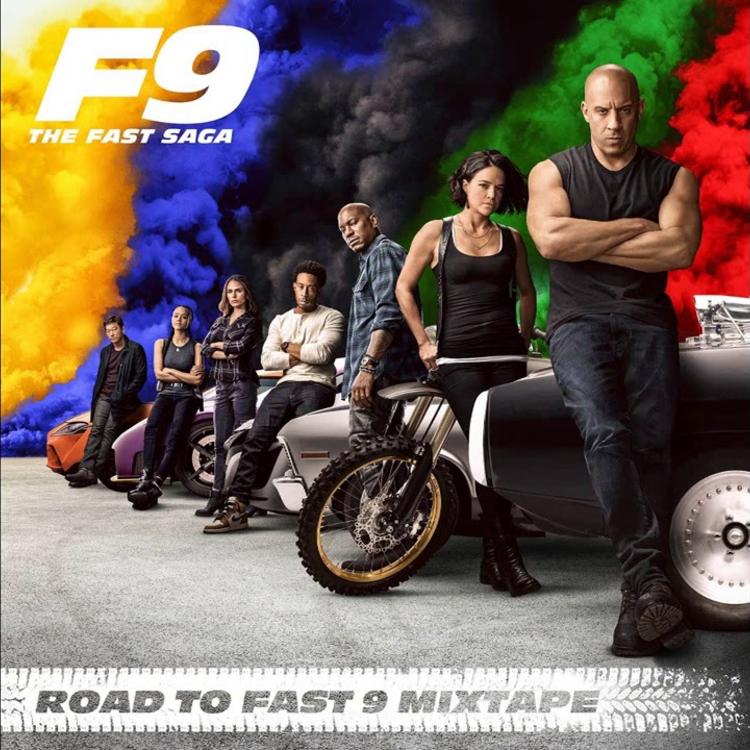 “Red & Yellow” features a trap beat that is action-packed and lyrics by Lil Skies that are confrontational, trill, and reckless. If you are a young boss that doesn’t take s**t from people, I can see “Red & Yellow” resonating with you mightily.

Wiz Khalifa has turned into a soundtrack killer.

I think that we can all agree on this: “See You Again” by Wiz Khalifa and Charlie Puth is one of the best soundtrack songs of all-time. “Flight To China” isn’t as good as “See You Again,” but it is still solid! Not only does the song feature a beat that does everything in its power to hype club lovers up, but it also features some of the rawest, most braggadocios, and relevant lyrics on this Road To Fast 9 Mixtape

I can easily see “Too Fast” getting tons of burn on Fast 9. The song features a beat that sounds like it was made by a mechanic, a hook that contains tons of car talk, and verses by both Tyga and Mozzy that are supposed to galvanize rydas and embarrass folks with weak engines.

There is no way YoungBoy Never Broke Again is only taking one shot in any situation.

On “One Shot,” YoungBoy Never Broke Again and Lil Baby rap/sing passionately about protecting fam, abusing drugs, shooting guns, and staying true to the streets. While their somewhat humble lyrics should catch your attention, please do not ignore the melodies they gift us with on the song.

So you mean to tell me that Dominic has been able to escape death for nine straight Fast & Furious movies? (At a certain point, we have to be realistic here)

Can we thank the good people behind this Fast and Furious soundtrack for getting Tory Lanez and Kevin Gates on a song together? While we’re thanking people, can we also thank Tory and Gates for sounding like dudes that appreciate nice cars, sexy women, hard-hitting raps, and infectious melodies on ”Convertible Burt?” A no thank you has to go to the song’s beat for challenging my car’s speakers to a fight, though.

Do you know who’s not in Tory Lanez’s Convertible Burt? Her name rhymes with Reagan Thee Pallion.

I hate writing reviews for soundtracks…