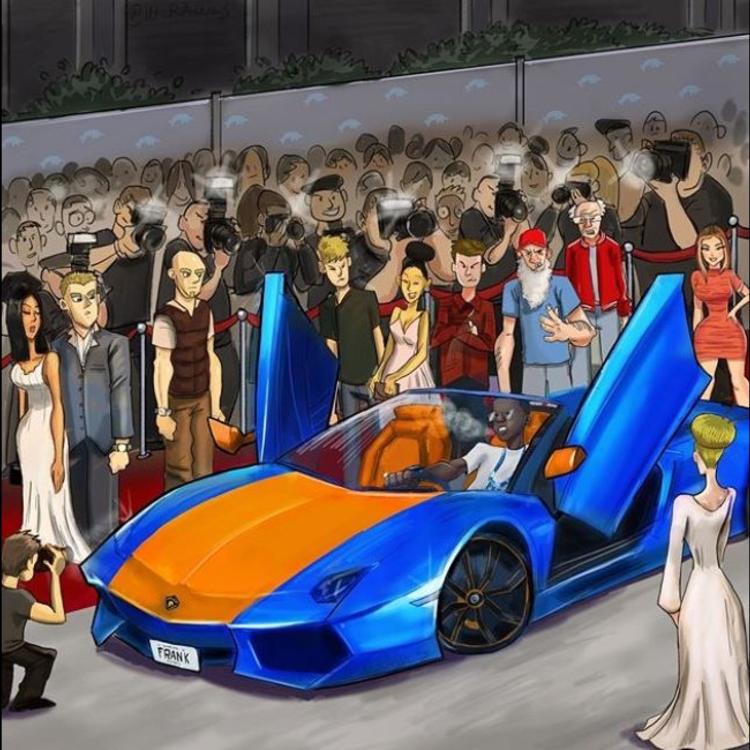 “1 Scale” is one of the most powerful songs on Rich Slave. Not only does it feature a beat that has more bass than Meghan Trainor, but it also features raps by both Young Dolph and G Herbo that are supposed to galvanize pimps, money-makers, hood legends, and gun-totters.

I’m pretty sure both Young Dolph and G-Herbo passed out after making “1 Scale.” The former sounds like he’s arguing with a McDonald’s drive-thru employee on his verse, while the latter throws nothing but haymakers on his verse.

“To Be Honest” is a very captivating song.

So why do I think “To Be Honest” is so captivating? For starters, the song is powered by this action-packed trap beat that does everything in its power to get your heart racing. From there, you get effortless deliveries, both braggadocios and carefree lyrics, and a hook that is tough as hell from Young Dolph. After listening to “To Be Honest,” I understood why folks tried to kill Batman.

You can play “RNB” in clubs, bandos or Hell.

“RNB” is powered by a Juicy J beat that will get strippers to twerk. Over it, Young Dolph raps about f**king with a b*tch that is untouchable, heartless, fashionable, and ratchet. He also reminds us that he is the coolest dude on his block (He couldn’t help himself). As for Megan Thee Stallion, she injects “RNB” with tons of ferociousness, sass, and disrespectful shots at her competition.

Finally, a rapper drops a song that you can twerk and mean mug to!

Young Dolph talks about freedom on “The Land.”

Surprisingly, Young Dolph is someone that loves to get political in his music. On “The Land,” he gets so political, you might think that he is the second coming of Al Sharpton. In the song, he talks about police brutality and feeling chained up by America’s unfair ways. He also talks about making boss moves and sipping on lean to escape some of his dark thoughts.

Dolph lets the world know that he doesn’t want to see anybody all up in his videos on “Death Row.”

On “Death Row,” Young Dolph makes sure that you know that he is a boss that doesn’t mind picking on lameos, stealing women, and spending money recklessly.

“Death Row” features a beat that will make you say “AMEN!” It also features one of the sliest styles of rapping that I’ve ever heard. Matter of fact, I would be surprised if Dolph broke a sweat making the song.

Everyone has that one artist that they vouch for no matter what; one of those artists is Young Dolph for me. In my opinion, he sounds like he lives the s**t that he talks about in his music. With that being said, on Rich Slave, Dolph blesses us with fourteen songs (excluding the two interludes) that are supposed to f**k up housing foundations and rile up weak-minded people.

Hopefully, you guys don’t kill me for saying this, but I don’t think Young Dolph is the greatest artist in the world… In his music, he raps offbeat, he doesn’t hit us with clever punchlines, and he damn sure doesn’t put together infectious melodies. What makes him special, though, is that he knows how to talk his s**t. Throughout Rich Slave, Dolph talks his s**t about America’s f**ked up ways, all of the money he has, his reckless mindset when it comes to dealing with women, and his hood stripes. Every once in a while, he hits us with a hook that is catchy or a beat that is powerful, but for the most part, it is his trill-ass personality that carries him through songs.

Rich Slave is not your ordinary rap album. To me, it feels more like a music documentary that is based on the life and times of a trap legend named Young Dolph. Though I enjoyed listening to Rich Slave a lot, I did think it was a little too one-dimensional for my liking. All in all, if I didn’t change the way I rated albums (I no longer give albums +s and songs .5s anymore), I would give Rich Slave a C+ as opposed to a B.