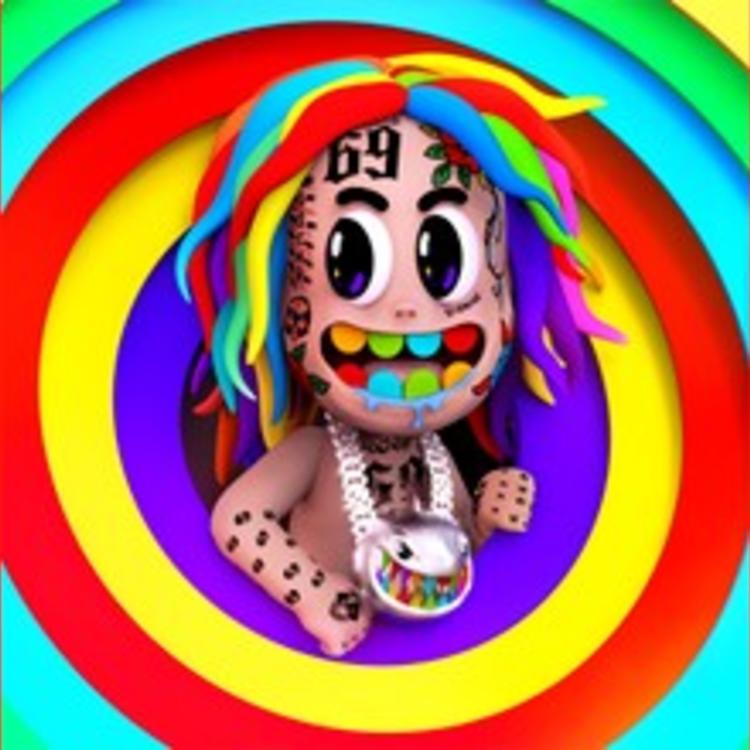 Tekashi 6ix9ine wilds out on his sophomore album “TattleTales”

“PUNANI” is the only song on TattleTales that should have its title capitalized.

“PUNANI” isn’t a great song, but it will hype you up. The song features an instrumental that is explosive and a version of Tekashi 6ix9ine that is intent on using his outside voice. As for his rapping on the song, it is GOD-awful.

6ix9ine said the following in “PUNANI”:

Someone other than 6ix9ine murders “CHARLIE” (Rapping-wise, not literally… Charlie is alive and well, folks).

Interestingly enough, you get a bunch of Smilez on “CHARLIE.” On the song, the up-and-coming rapper hits us with two catchy, punchline-heavy, blunt, and dynamic verses. As for 6ix9ine, he simply blesses the song with an action-packed hook.

Thank GOD that we get a well-needed break from 6ix9ine on “CHARLIE.”

I am very impressed with what Tekashi 6ix9ine was able to do on “AVA.”

“AVA” is one of Tekashi 6ix9ine’s best songs. Not only does it feature an instrumental that is full of comforting vibes, but it also features infectious melodies and hood-certified lyrics.

On the real, “AVA” is the only song on TattleTales in which I would say Tekashi 6ix9ine displays a splash of talent.

6ix9ine and Nicki Minaj’s “TROLLZ” is a bizarre hit.

“TROLLZ” has three sounds: A silky smooth sound, a rowdy sound, and a rappity-rap sound. The song also features some very notable lyrics by both 6ix9ine and Nicki Minaj:

I know you don’t like me, you wanna fight me
You don’t want no problems at your party, don’t invite me
I don’t worry ’bout you niggas, please stop talking ’bout me
Always talking ’bout me ’cause you looking for the clouty

They study Nicki style, now all of them wan’ mimic
Talkin’ ’bout snitches when it’s snitches in your camp
Never stand alone, you always itchin’ for a stamp
Me, I’m still money, wrists light up like a lamp
They gon’ have to send they best fighter for the champ

Lastly, this gem below:

“GOOBA” is one of the few 6ix9ine songs that I can honestly say that I like.

6ix9ine made “GOOBA” to piss people off. The song features an explosive beat, tons of trash-talking, and a style of rapping that straddles the line between GOD-awful and entertaining. While no one on this planet is brave enough to admit that the song is good, what they will admit is that 6ix9ine knows how to effectively get under people’s skin in his music.

There are some songs on TattleTales that I wouldn’t mind hearing at a pool party (Songs like “TROLLZ,” “PUNANI,” “GOOBA,” and “CHARLIE”). 6ix9ine is a HORRIBLE rapper, but he knows how to use his wild and crazy energy to hype listeners up. With that being said, TattleTales is way too erratic to be taken seriously. The album also sounds rushed, it sounds low quality, and it sounds a little too gimmicky.

How awful were Akon’s features on TattleTales? Jesus, his performance on “Locked Up 2” literally made me dislike “Locked Up 1.” On “LEAH,” Akon sounded wheelchair-bound. Can someone be canceled for doing something that indirectly insults someone?

While I kind-of respect 6ix9ine’s ability to stay relevant through his internet trolling, I believe he has no business around a mic.

What Grade Do You Give “Tattle Tales” by 6ix9ine 🤔? #TattleTales