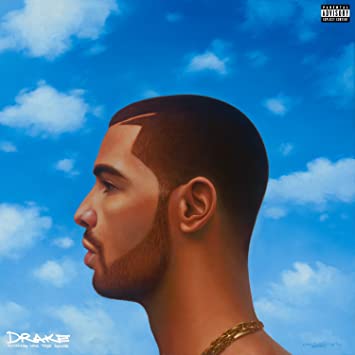 Drake’s greatness was on full display on “Nothing Was The Same.”

5. STARTED FROM THE BOTTOM

“Started From The Bottom” is one of Drake’s best anthems.

Anyone who has worked their ass off to see success will appreciate “Started From The Bottom.”

“Started From The Bottom” is very simple musically. Throughout the hook, Drake repeats, “Started from the bottom” over and over again, making sure the phrase gets stuck in your head like that one image everyone has of Michael Jackson’s nose falling off. In his verses, using a slight melody, the Toronto rapper lets the world know about his rough come-up, his willingness to put his team on, and his undeniable clout.

There are probably songs that are better than “Started From The Bottom” on Nothing Was The Same; there aren’t many that are more impactful.

You don’t have to f**k with Wu-Tang to like “Wu-Tang Forever” (Thank GOD).

I feel like “Wu-Tang Forever” is a very dynamic song. Throughout it, Drake plays a mushy crooner, he plays trill-ass rapper, he plays an amped playa. In other words, it’s easy to pick something to like from the song.

Drake opens up fearlessly on “Too Much.”

Drake used to be at his best when he opened up about his personal life in his music (He’s at his best when he raps with an UK accent nowadays). With that being said, “Too Much” is one of the Canadian rapper’s best introspective songs to-date. Not only does it feature a hook by Sampha that is beyond powerful but it also features some of the most honest, relatable, inspirational, and deepest verses I’ve ever heard. Kudos to Drake for being realer than Eva Mendes’ mole.

No other rapper in the game can make a song like “Hold On, We’re Going Home.”

Honestly, the first time I heard “Hold On, We’re Going Home,” I was blown away. At the time, I knew that Drake can sing, but I didn’t know that he was capable of putting together a song that features both old school and new school pop vibes, melodies to die for, and cinematic lyrics. All in all, “Hold On Were Going Home” is a classic hit by the former Degrassi actor.

Like a fine wine, Nothing Was The Same aged very well for me. Though I have always known that the album is good, throughout the years, I’ve started to appreciate songs like “Wu-Tang Forever,” “Furthest Thing,” and “Own Me.” Unfortunately, I feel like Nothing Was The Same never got the credit it deserves.