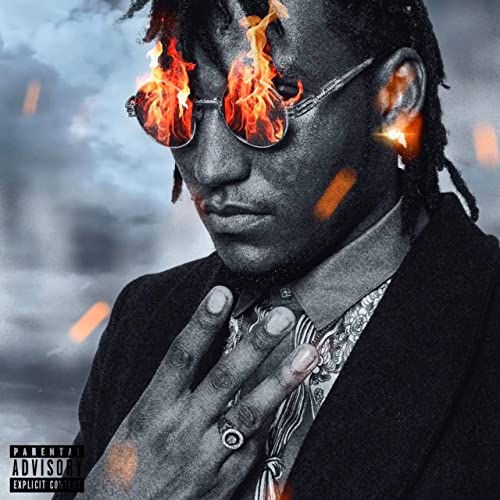 ChrisDaCEO puts up his best rap performance on “The Man.”

ChrisDaCEO rides the booming beat that powers “The Man” fantastically. Matter of fact, I wouldn’t be surprised if he took some Adderall before he made the song. As for lyrically, Chris does a fantastic job of stiff-arming haters and acting stingy when it comes to his money.

I nodded my head from the moment that I pressed play on “The Man.”

“Night Vision” is motivational, infectious, explosive, and full of bass. Throughout the song, ChrisDaCEO lets folks know that his mind is on the money, word to Lil Wayne. He also reminds folks that running up on him might end badly for you.

I think “Night Vision” can be a major commercial hit. The hook to the song is catchy and ChrisDaCEO blesses us with lyrics that just about everyone can relate to.

ChrisDaCEO reminds us that he is a hustler, a woman-snatcher, and a money-maker on “Mudd.”

There are three things that you can guarantee in life: Death, taxes, and a hot-ass intro to a ChrisDaCEO album! “Mudd,” the song that starts off Mafia Season 3, features one of the hardest trap beats ever, raw rap flows, and cold-ass lyrics that the weak-minded will be taken aback by.

ChrisDaCEO is definitely someone that got it out of the mud.

No smiling is allowed while listening to “Ain’t Shit.” The song features a booming beat, ferocious rap deliveries, and lyrics that are meant to put Chris’ competition to shame. If you are a fan of club bangers that you can also blast in the whip, “Ain’t Shit” is for you!

I f**k with ChrisDaCEO because of songs like “Ain’t S**t.” Throughout the song, he talks tons of s**t, but he does it in a way that straddles the line between villainous and virtuous.

Obviously ChrisDaCEO is a good rapper, but I think it is his smug demeanor that carries him through a bunch of songs. With that being said, on “Take Ya Life,” Chris does a great job of sounding like a dude that sounds unbothered and unfazed by the s**t that comes with being a boss.

As you may know, ChrisDaCEO is a self-made boss that started his own label. With that being said, on Mafia Season 3, he holds nothing back when it comes to talking s**t. Throughout the album, Chris brags about getting money, going to war with his enemies, and pulling women that probably will never look our way. Though a lot of rappers talk about the same things as him, the confidence and swag that he spits his lyrics with make him sound a lot more believable than the rest.

ChrisDaCEO’s verses on Mafia Season 3 really stood out to me. On the album, he rides beats well, he hits us with clever punchlines, and he even switches his flow up quite a bit (Do you hear that, DaBaby?). He also finds ways to sprinkle in hooks that are too catchy to ignore and melodies that will get stuck in your head. All in all, there isn’t a single dull moment on Mafia Season 3.

The beats on Mafia Season 3 are fantastic! Every single one of them boasts authentic trap vibes and tons of bass. Club owners, if you want people in your venue to lose their s**t, play this album all of the time!

ChrisDaCEO is on a winning streak right now. His last couple of albums have been beyond enjoyable to listen to. Mafia Season 3 is an album that has no skips.