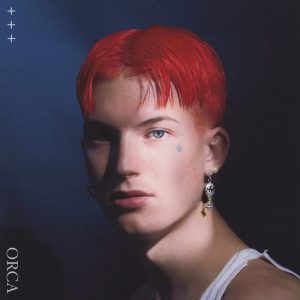 Who hurt you Gus Dapperton? Oh, that’s right, you hurt you.

Whether you recognize it immediately or figure it out later, “Post Humorous” is a song of genius. The easy beat that makes you want to nod your head and the lyrics that are fun to sing along to make it instantly attractive. Once you dissect what exactly Gus Dapperton is talking about, you realize how multifaceted the track is. Not to mention how rhythmically impressive it is to combine so many elements without sounding messy or completely devastating.

“My Say So” is so cutesy-sounding (maybe it’s the use of the xylophone?) that I think it will be overlooked although it is so well-written and well-produced. The added vocals of Chela contribute a sweet touch that adds to the assonance which nearly the entire song carries. I don’t even mind the repetition because it’s so fun to sing along with.

“…My say-so still stays the same, so I say so in different ways…”

“Antidote” encompasses what Orca is truly about. Gus gets vulnerable and lets us in his head with absolute authenticity. This song captures the emotional turmoil of isolating oneself from loved ones in a state of depression to straight-up pushing them away; all because you yourself feel so unworthy, while also tying in how the other person must feel and the complications that come with placing happiness in a person.

“Antidote” is a beautiful, melancholy, and slightly tense song that shouldn’t be skipped.

“Palms” is the unsung hero of Orca. It touches on the loneliness that comes after heartbreak and also the loneliness that comes with longing for something that may or may not ever happen. This song plays with perspective and throws hints at the importance of understanding the grander scheme of life when you’re in a rut in a way that is so subtle you just might miss it.

Besides, the draw of the deceivingly fun beat is pretty hard to place anywhere else in the top five.

For Gus Dapperton, this is only the beginning. On Gus’ sophomore album, he crosses boundaries. Orca experiments with cadence and perspective in a way that is fresh and mature.  This album gives off new-school emo/grunge feels while maintaining a bubbly score that is alive and youthful. The lyrics, melodies, and voice of Orca captures the contained isolation one experiences in high school and places it in what comes after high school — the real world.

The kind of isolation that Orca adequately conveys is accomplished through the melodies, lyrics, and perhaps most importantly, in the unique vocals. Gus has a voice that is not quite a howl, not quite gritty but finds itself between the two and can best be described as impressive growling. Especially apparent in songs such as “Grim,” Gus utilizes this growl to make a listener hear the suffering that comes along with spells of depression.

Gus’ voice is not the best I have ever heard, but (hear me out), his ability to write a song surpasses most musicians today. For his age, Gus bears an impressive amount of pain and forlorn. He accomplishes this in a way that is so complex yet unrefined you feel like you’re listening to an emotional out-poor from a 15th-century poet atop a 21st-century track.

Although some tracks have a bit too much repetition, each and every song makes up for what it lacks with another element that is so strong it distracts from any sort of disappointment. The vocals of Gus and his sister (whom he references in some of his lyrics, very sweet) make for a soothing and easy listen. Overall,  Orca is a raw and accomplished album that might just surprise you.