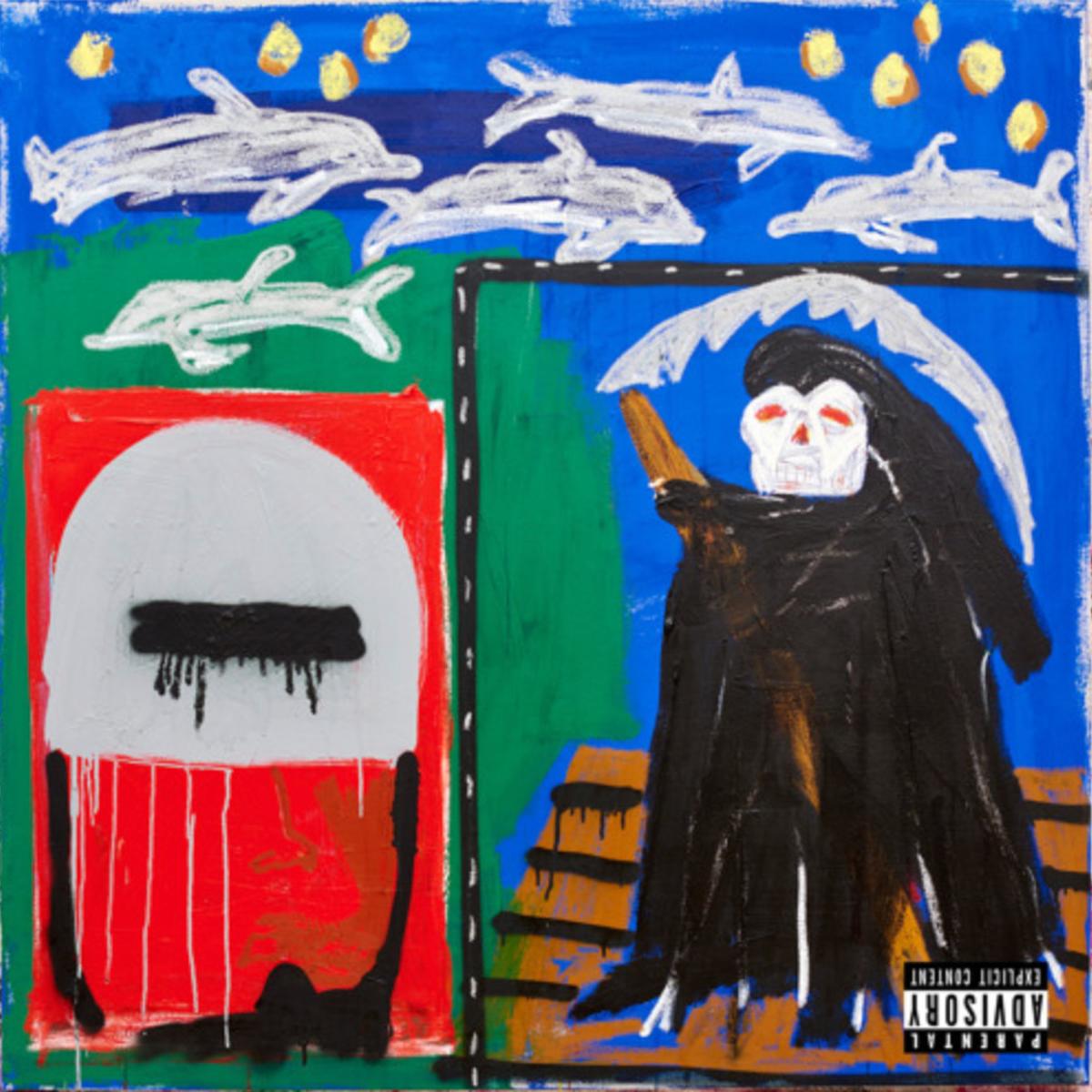 On Only For Dolphins, Action Bronson drops bangers that straddle the line between stupid and ingenious!

And the winner is… ACTION BRONSON!

It’s no secret that Action Bronson thinks he’s the coolest thing since self-made ringtones. For this reason alone, don’t be surprised at how much he brags his ass off, how sly he delivers his lyrics, and how extra the instrumental is on “Capoeira.”

You get the following things on “Capoeira” — Dolphin squeaks, splash sounds, exuberant horns, and tons of drug-talk. In other words, “Capoeira” sounds like a song that a drugged-up Marine Mammal trainer made.

“Mongolia” is yet another dope-ass Action Bronson posse cut.

“Mongolia” features some of the most vivid/gritty/tumultuous raps that I’ve ever heard in my life. The song also features a dope-ass beat that boasts Mediterranean vibes and plucky guitar riffs.

Even though Action Bronson is clearly the star of “Mongolia,” do not sleep on the verses that Hologram and Meyham Lauren put up.

I look like a character that was drawn by Stan Lee

If we get attacked in the woods, I’ll have to choke the bear

Excuse my language, but what the f**k is Action Bronson talking about on most of this song?

“Sergio” sounds like a song that could’ve ended up on Kanye West’s Graduation album.

Action Bronson is a legend for making “Latin Grammys.”

“Latin Grammys” is probably the most intriguing song that I’ve heard in my life (On GOD). Not only does it feature an instrumental that sounds like some 70s Latin jazz s**t, but it also features all kinds of weird-ass bars by Action Bronson. One of the bars that stuck out to me is below:

“I may not be able to touch my toes but I will still fuck these hoes,”

Bronson, you are my idol!

Only For Dolphins isn’t for everyone… In my opinion, you have to like music that has both a Sci-fi and old school feel to it, music that contains a ton of yapping, and beats that are out-of-this-worldly.

I absolutely love the beats on Only For Dolphins! Each and every one of them sounds like they were made in the 70s by someone that spent a lifetime making music for failed detective shows. As expected, Action plows through the beats sounding composed, delusional, high, and like one of the best freestylers of all-time.

I’m not saying that Action Bronson is the Dos Equis guy, but I’ve never seen both of them in the same room… Seriously, throughout Only For Dolphins, Bronson talks about driving drunk (And surviving), about getting into brouhahas with the meanest of dudes (And winning), about getting money, about eating well, and about smashing the sexiest women in the world. While I absolutely love hearing the New York rapper talk his s**t, at the end of the day, I think it’s pretty hard to keep up with his short-ass attention span.

I want Action Bronson to be the next James Bond.