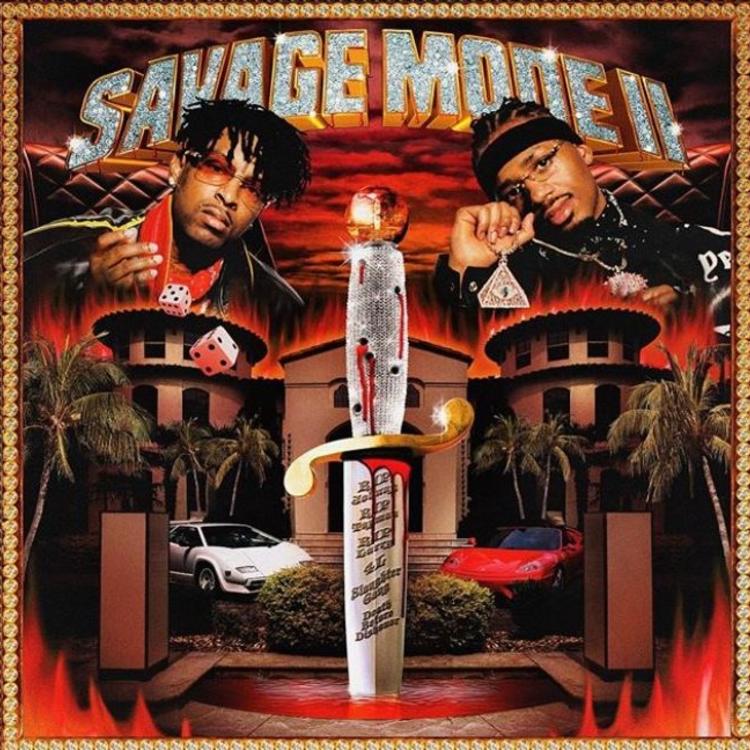 21 Savage gets his revenge on the world on “My Dawg.”

21 Savage does it all on “My Dawg:” He blesses us with outstanding rap flows, explosive deliveries, and a hook that is hella infectious. He also addresses rumors about him being from the UK, he tells stories about his fallen friends, and he talks about his drug-dealing ways.

Do you know how people play “Santa Baby” during Christmas time? Well, I’m playing “Glock In My Lap” during Halloween!

“Glock In My Lap” features one of the most terrifying beats I’ve ever heard in my life. Over it, 21 Savage makes sure that we know that he loves putting his ops in the dirt, that he loves praying to his strap, and that he doesn’t f**k with rats.

21 Savage doesn’t sound like he’s trying on “Glock In My Lap,” but he definitely says some mean s**t in the song!

“Runnin” is the type of song that I want to hear at a club that has metal detectors.

I love how “Runnin” blends both soulful and hard-hitting vibes. I also love how 21 Savage raps like a man on a mission on his verses but hits us with a basic-ass hook on the song. Last but not least, I love how 21 reminds the world that he slays ops, punani, and more in the song.

21 Savage would literally kill you softly (Do you hear how calmly he talks about shooting folks up on this song?)

Watch, “Rich Nigga Shit” is about to be a song that a bunch of broke folks love…

“Rich Nigga Shit” is too smooth, too spellbinding, too catchy, too cool, and too intriguing to ignore. 21 Savage, Metro Boomin & Young Thug literally sound like they made the song in a Jacuzzi with nine sexy-ass chicks.

What the hell did Master Splinter do to 21 Savage and Young Nudy?

“Snitches & Rats” feels like a diss record that isn’t quite aimed at anyone in particular. Throughout the song, both 21 Savage and Young Nudy brag about their gun collections, talk about going to war with their opps, and let the world know why informants don’t get respect in the streets.

Doesn’t “Snitches & Rats” sound like a hood PSA? I can actually see a cartoon being made out of this joint.

21 Savage and Metro Boomin do not miss when they link up. They compliment each other extremely well and clearly understand how to make well-structured albums. With that being said, SAVAGE MODE II is a body of work that sounds exactly how I thought it would.

21 Savage showed his ass in a myriad of ways on SAVAGE MODE II. On a good chunk of the songs on the album, he raps ferociously and hurls out bars that you wouldn’t want your parents to hear. He also opens up about his love life quite a bit. While you can appreciate 21 Savage when he’s living up to his last name, I’m not too sure if I f**k with him when he’s talking about some lovey-dovey s**t.

I really like that 21 Savage and Metro Boomin kept the features at a minimum on this SAVAGE MODE II album. With that being said, I thought Young Thug, Young Nudy, and Drake all put up fantastic verses on the songs that they were on. S**t, there’s something about a Metro Boomin beat that turns rappers into stone-cold killers!

21 Savage and Metro Boomin are officially 2/2. I really like this SAVAGE MODE II album!

What Grade Do You Give “SAVAGE MODE II” by 21 Savage and Metro Boomin🤔 ?