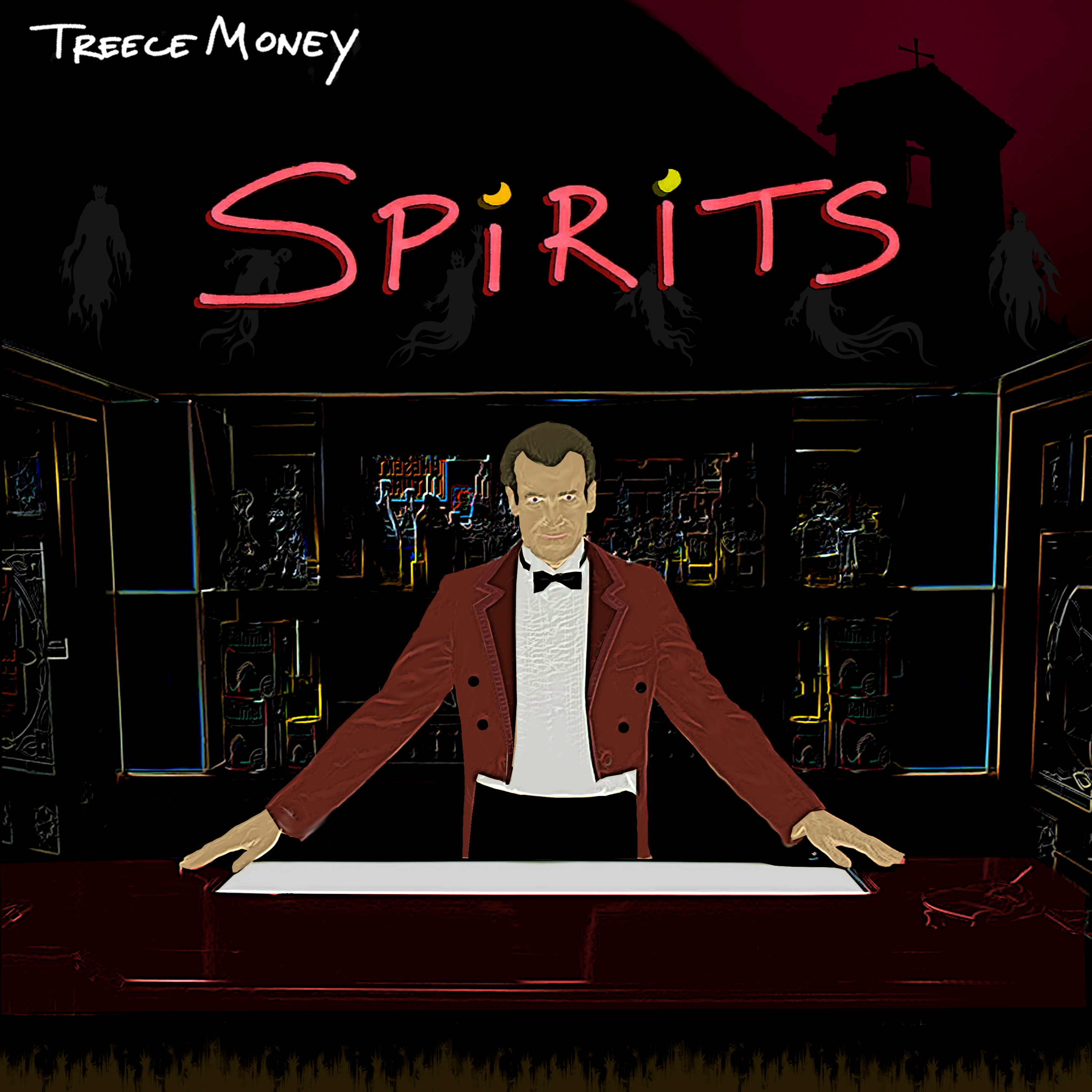 Treece Money & M.C. put up impressive rap performances on “One Of A Kind.”

“One Of A Kind” sounds eerie. For starters, I wouldn’t be surprised if the song was produced by the little girl from The Ring. As for Treece Money & M.C., they rap like two individuals that know that they are the s**t and can’t be flushed. They also drop lyrics that will make you believe that they can hold their liquor, their demons, and their unlawful thoughts, but not their tongue…

I definitely caught a vibe while listening to “Catch A Vibe.”

Interestingly, SPiRiTs doesn’t start off spookily; it starts off smooth as hell. “Catch A Vibe,” the intro to the album, boasts an easygoing beat, a hook that will calm your nerves, and lyrics that will make you think that the world isn’t falling down. No need to worry Treece Money fans, he still spits his bars on his verses with a level of tenacity that is hard to ignore.

“Spirits” will make you want to put your drink down.

“Spirits” is the definition of a thought-provoking banger. On it, Treece Money lets the world know what he thinks each type of hard liquor does to our bodies. He also lets the world know that he can care less if people think that he has a drinking problem (You tell them, Treece!).

I love how blunt Treece Money is on “Spirits.” I also love how he plays his own psychologist on the song.

“Let’s Get Right” is the ultimate celebration song.

On “Let’s Get Right,” Treece Money celebrates his wins with drinks, some green, and a poppin environment. Personally, I love how Treece sounds ready for both the good and the bad that comes with partying hard on the song. What I love even more about the song is that it features a version of the rapper that lets both his melodic and hard-hitting rap side shine.

Am I supposed to love a song called “Living Lies” this much?

“Living Lies” is a song that is impossible to hate. It features a passionate performance by featured guest Huntley, an instrumental that blends rap and rock vibes masterfully, and a verse by Treece Money that I think perfectly illustrates the smidge of beauty that comes with addiction. All in all, I am a major fan of “Living Lies!”

Hello, my name is QD and I have a problem: I am addicted to SPiRiTs.

SPiRiTs is a body of work that is provocative, unique, exhilarating, and slightly eerie. Even though the album mainly tackles the up-and-downs that come with being an alcohol consumer, never does Treece Money let his beliefs and thoughts impact the music. With that being said, I do love how Treece packaged his thoughts in a way that toys with our minds in the album.

On SPiRiTs, Treece Money sings when appropriate and even dives in headfirst into genres that you would think aren’t meant for him. But at the end of the day, It’s his rap verses that will make you hit replay on the album. On them, you’re going to love how Treece uses trigger words to catch our attention and how he uses dynamic flows to get songs to go to another level. You are also going to love how he uses clever similes to describe the impact alcohol has on all of our minds. All in all, there is never a dull moment on SPiRiTs.

The production on SPiRiTs is something that will get slept on. The album features so many different styles of beats. Every beat also has riveting vibes attached to them. If you ask me, the beats is the thing that turns Treece Money into the best version of himself on SPiRiTs.

Calling SPiRiTs a refreshing body-of-work is an understatement. The album challenges the norm in a way that is both productive and unpreachy. Despite SPiRiTs having a scary title, a scary synopsis, and scary artwork, all it is is scary good.