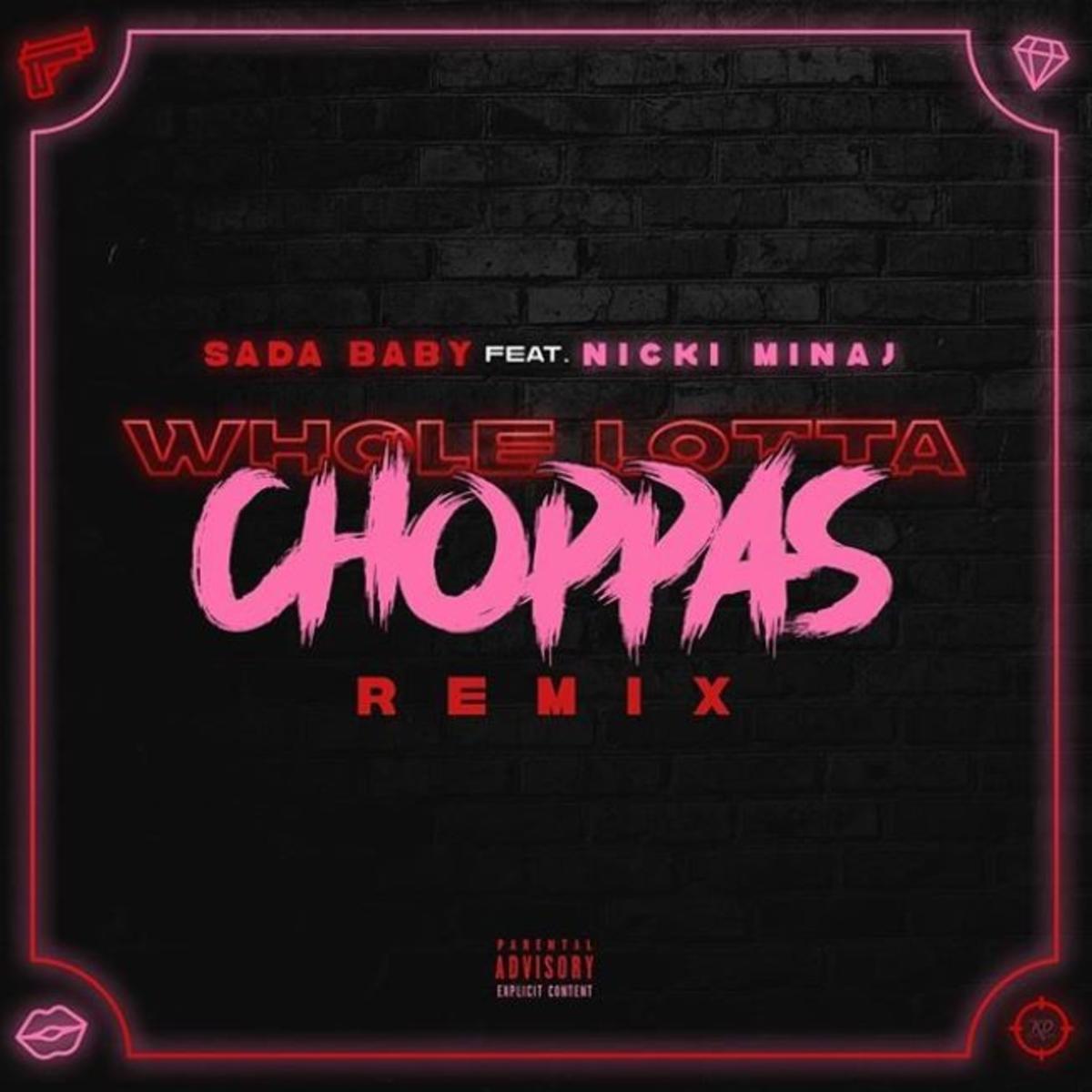 I’m not going to lie, “Whole Lotta Choppas” is one of the weirdest records that I’ve ever heard. Not only does Sada Baby sound like an old man with young knees on the song, but I also think that the beat that he chose to rap over is beyond interesting. With that being said, a remix to “Whole Lotta Choppas” that features Nicki Minaj has hit the net today, and surprisingly, she makes the song sound a bit more normal.

Nicki Minaj’s verse on “Whole Lotta Choppas (Remix)” is explosive. In it, she lets the world know that she handled her nine-month pregnancy like a G, that she likes being spanked, and that she would like her kid to have a play date with Drake’s son. As usual, you’re going to love how Nicki peels through the song sounding both playful and competitive.