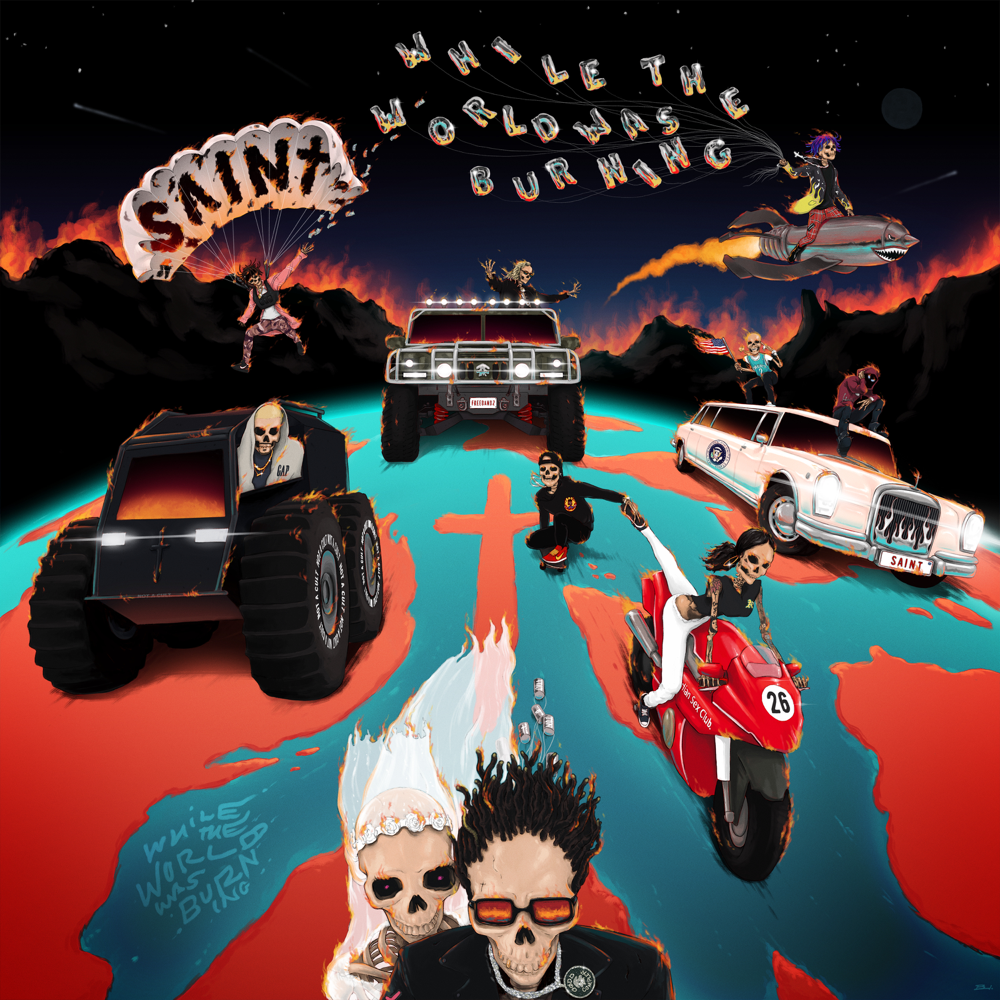 “While The World Was Burning” should prove to you that SAINt JHN is the real deal.

“Gorgeous” is one of the ugliest songs I’ve ever heard.

“Gorgeous” falls in line with SAINt JHN’s tough-ass music. The song features a hard-hitting beat and some of the trillest lyrics known to man. It also features melodies that will get stuck in your head. All in all, you have to love it when Ghetto Lenny goes ham as he does on “Gorgeous!”

SAINt JHN sounds and carries himself like a God.

SAINt JHN has had a greater come-up than Devonte Graham.

Two of hip-hop’s most dynamic acts, SAINt JHN and Lil Uzi Vert, hold nothing back on “High School Reunion.”

“High School Reunion” is powered by a beat that merges rock and trap vibes magically. Over it, SAINt JHN and Lil Uzi Vert both talk about finding someone that is down to live life on the edge with them. What I love about the song is that it features both edgy and soulful vocal performances by the two musicians.

Did anyone else’s heart melt when Uzi hit us with the same flow he used on “XO Tour Life” on this song?

It does suck to be me… I had one of my wisdom teeth removed a few days ago.

“Sucks To Be You” is a song that will get stuck in your head very easily. Not only is it powered by both an intoxicating hook and a riveting trap beat, but it also features a heavenly vocal performance by SAINt JHN. As for lyrically, JHN does a great job of reminding the world that he is someone that loves hard, grinds hard, and plays hard in the song.

Sometimes, an artist is lucky enough to stumble upon a sound that really works for them; for SAINt JHN, his voice Chipmunked is that sound.

What Imanbek was able to do to “Roses,” a song that I think is average, was extraordinary! Kudos must go to that man.

As mainstream as SAINt JHN has become, I still think that he is underrated. I’m not sure people appreciate his complex melodies, his powerful lyrical content, and his fantasy-like vocal performances enough. With that being said, if you listened to While The World Was Burning properly, you should have walked away from the album feeling blown away.

I know that a bunch of fake SAINt JHN fans will be disappointed with this While The World Was Burning album. For starters, the only song that he sounds like Chipmunk SAINt JHN on the album is “Roses (Imabek Remix).” The album also boasts lyrics about sex, money, betrayal, and violence that your average pop fan (I’m assuming a bunch of fake SAINt JHN fans are pop fans) won’t like. If you happen to be a true SAINt JHN fan, you will realize that what he did on While The World Was Burning is expand on his very unique sound. In my opinion, I heard a guy that no longer played second fiddle to those he featured on songs with, a guy that sounds slightly more daring, a guy that doesn’t mind letting the world know that he’s the s**t a little more, and a guy that continues to sound like he’s singing while standing on some holy water.

I don’t know about you, but this While The World Was Burning album will get overplayed by me these next couple of weeks.