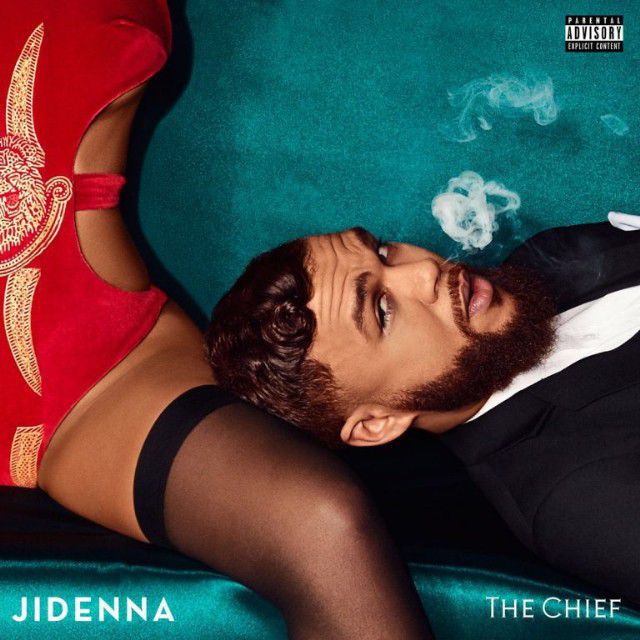 You know the albums I find the funnest to rate? The ones that can literally go in any direction, and I figure that this album will be just that!  Jidenna raps, he sings, he experiments, which can definitely make for a dynamic listen!

Many people are going to disagree with me on this one, but I think this song is one of the best songs musically on the album. ‘Safari’ has this slow tempo, combined with a sound that seems a bit outer spaceish (Which I love!) For some reason, when black people are weird like this it is very appealing to me.

The chemistry between all artists involved on this song is phenomenal! Everyone compliments each other very well, staying consistent with the songs pleasant sound.

It’s not the most exciting song on the album, but it’s definitely the quirkiest.

‘Chief Don’t Run’ is the second song on the album, and it sorta sounds like the intro to me; the song has some very tough lyrics from Jidenna in which he gives listeners some insightful lyrics about his grind/hustle. Eventually, the song switches to this whole rallying sound that motivates you to be apart of his movement. Overall, I love its passion.

SOME KIND OF WAY

I will bet every single dusty coin in my piggy bank that this song will make it’s way into your favorite white people bar in the next couple of months.

The energy on this song is absolutely impeccable! It has this whole free spirit sound that finds its way into your soul through whichever body part it wants to (especially your ass). On this song, Jidenna shows off this uncanny ability to make this music that is culturally aware, and we should not take that for granted at all.

Doesn’t he sound a bit like Bob Marley on this song?

‘Little Bit More’ is one of the better songs released in 2016, and I am surprised that it didn’t get more recognition.

‘Little Bit More’ follows the trend of pop riddim sounding music, but it’s a lot more organic sounding than the other riddims to me (Cough cough ‘Controlla’). Jidenna does a great job of riding the beat, and most importantly, simply having some fun with it! Theres nothing about this song that you can hate.

This song is something special! People just aren’t making songs like this in this day and age (And I don’t think they can). ‘Bambi’ is a good mixture of Harry Belafonte and Migos (which is a hell of a mixture that should cause a Windows shutdown.), combining this trap sound with this whole Alice in Wonderland sound; It is absolutely stunning to listen to.

I guess ‘Bambi’ is the black version of ‘Matilda’ huh?

Exactly what I predicted happened on this album; a body of work that is as versatile as it gets: You get some old school hip hop sounding tracks, pop records, riddims, and even alternative music. I was widely impressed with his ear for good music.

While I praise the albums uniqueness, I kinda wish for more content-wise: While I love the topics he picked on this album, something about his words didn’t resonate with me as much as I wished it would. I think the more we get in tune with his personality, the more his words will resonate with us.

Overall, it is a solid debut from Mr. Jidenna, and I expect him to elevate his ranking in the game if he continues to make music like this.