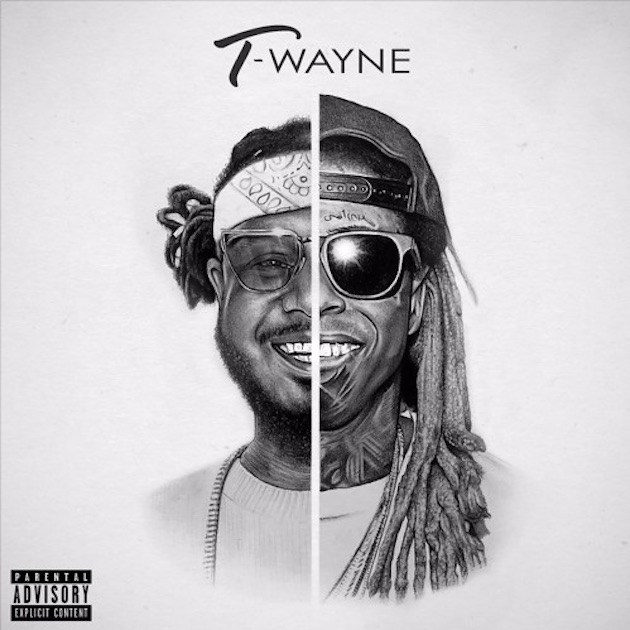 in 2009, T-Pain and Lil Wayne were top 5’s in their genres, so when they talked about releasing music together, it had somewhat of a best of both worlds type of potential. Well since then, Wayne has had a stalemate in terms of releasing new albums, T-Pain kinda got his style emulated by every rap artist out, and an artist by the name of T-Wayne made a major hit in the clubs. While saying this album is long overdue is an understatement, their once upon of time buzz is enough to garner some interest from folks.

I have no clue why Wayne thinks he is the second coming of Keith Sweat for about 3 minutes of this song. He cries the whole time, as he talks about absolutely nothing of significance.

When T-Pain enters the song, it gets a little better, as he adds a little normalcy to it. He too doesn’t talk much about anything either, even getting a little annoying at the end.

This song is horrible, but it is a top 5 because it embodies the whole auto-tune craze that these dudes made popular back in the day.

Wait a second, isn’t that Nicki Minaj’s ‘Did it On Em’ beat? If this album was made in 2009 like Pain says, this came out before ‘Did It On Em’.

Nicki was lyrical on this song, so I bet someone like Wayne rapping over it would be a foregone conclusion…. Unfortunately, he decided to sing like a drunk ass on this song (SMH).

It’s sad that T-Pain had to be the lyrical relief for this song. Pain knew how to approach the track more than Wayne did, spitting out bars that he clearly was saying “Wooh, this is some hot s–t” while he was writing.

Sorta like when Chris Brown raps, T-Pain only has one mode, and that is aggressive as s–t! He just comes across as angry on this track, as he goes on many diatribes.

Wayne is a lot more laid back on his verse. I love the way he puts his words together on his part, taking advantage of his knowledge of the dictionary.

The production on this song is squeaky as s–t, but I have to remember that this was made in the squeaky ass 2009 rap era.

Let me find out that T-Pain can drop bars with the best of them! Pain is throwing some Mayweather-like jabs on this song, and plays the part of battle rapper pretty well.

As expected, Wayne sings on this song (Kind-of), and he is being super animated. He still drops some punchlines on the track, referencing some of his major accomplishments in the game throughout.

This song has the creativity I thought would make this album pretty intriguing.

This is another one of those songs that I’ve heard in the past, and I absolutely love it! The production is dramatic, but in a musical way.

T-Pain actually sings on this song, something he doesn’t do much of on this album. The chorus is lots of fun, with Pain just describing why this girl is worth the splurging.

T-Pain’s verse is on some slick s–t, as he tries to spit game at this dimepiece. He talks about all the things he can do for her, while also talking about how he can plow her in the kitchen (You ain’t plow unless you did it in the kitchen).

Wayne takes his chance at serenading his dimepiece, using his whole seductive voice on the first verse. The second verse has him being a little more harmonic, as he tries a little harder to get the girl on his team.

I know why this album was unreleased, and that is because it is not good at all. Wayne came on the album with the mindset that he wanted to try a few things out, which I can only stomach for a few songs. T-Pain also experiments, trying his hardest to convince people that he can rap (but no one cares); as a result of their experimenting, they put out a sloppy project with a bunch of songs that are pretty damn annoying. With that being said, the album does highlight their creativity musically, which is something I can definitely appreciate as a rater…..It’s still bad though.