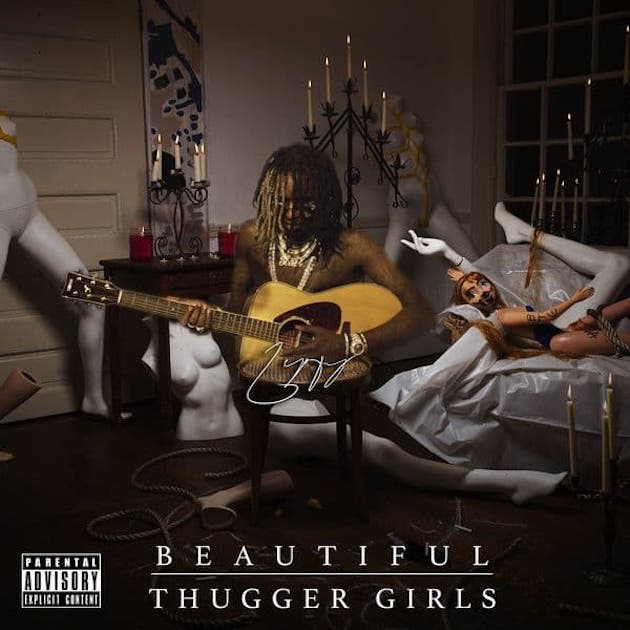 Does anyone know what to expect from this mysterious new project by Thugger? There was some speculation that it was co-produced by Drake, and other speculation that it would be all R&B (Which sounds intriguing). Nonetheless, whichever direction Thugger decides to go, you can guarantee that there will be some heat on it for sure.

I’ve never heard a song with this many personalities before….

The song starts off with Thugger singing over this acoustic beat, sounding like he’s pulled the car over to throw up temporarily. When the bass finally drops, you get to hear some greatness, as Thugger gets the flossin’ and flowing, finally spitting out some rapper-esque lyrics.

The song eventually goes back to weird, as Thugger goes back and forth with himself.  If we were to ask Thugger if he has he been in a cartoon fight before, he’ll say “yes”. and point to this very part in the song.

Mille Go Lightly enters the song at the end, neutralizing it a bit. She sounds great next to Thugger, as she gives us hope that this could very well be an R&B album.

This is the first song of the album, and I am already overwhelmed.

Finally we get another island sounding track from Thugger! His last one was definitely a hit to me (I Know There’s Gonna be).

Typically an island sounding song like this needs structure, but his zaniness just fits the track perfectly.

Did he just say he plans on having more kids then GOD? That’s over 50 billion kids Thugger!

Would you have guessed that 3 gang members would hop on a smooth track like this? If you said “yes”, you a muthaf–kin lie !!!

Believe it or not, Thugger is the chillest of them all on this song, as he gets lost in the chilled out vibe of the song. You can tell he smoked something before he recorded this, because he’s going from smooth to unstable way too seamlessly.

Snoop is the official spokesperson for weed in America (Go ahead and put his face on a Denvers Nugget Jersey). On this song, his sole purpose is to provide Thugger with his stamp of approval when it comes to stoning ass n—az, almost coming accross as a Dean during a graduation (Congratulations Thugger!). Aside from his honoring, he also puts up a pretty good verse too, trying his hardest to sound like one of the Bone Thugs N Harmony members.

Durk’s part is short, but still noticeable enough for you to say “Hey that’s Lil Durk!”. Sadly, that’s all I got in reference to his verse.

A Future and Thugger duet is exactly what I needed to move forward in my life!

A long time ago these ATL heavyweights had beef, so it’s delightful that they were able to put their differences aside to make music together. The best thing about them coming together is that their sounds should mesh so well, and on this song it proves that theory.

Don’t you love that these two rappers have taken advantage of the lack of R&B guys in the game? They both do a good job in improving their craft, proving to us that take their jobs pretty damn seriously.

This is Thuggers traditional sound, and also the sound that made us fall in love with his music.

Thugger gets real on this song, mixing in some heartfelt lyrics about his kids with a little bit of flossin’. The words come out so fluently from him on this song, almost sounding like he freestyled the whole thing.

Thugger knows how to surf on a beat so well right? I know most artists can ride a beat well, but for him to deliver this zany sound while staying within’ the rhythm of the song is hella impressive.

Thugger knows he isn’t the next Bobby Brown, but you couldn’t tell based off his confidence: He is just as daring as a R&B artist with a nice voice, vocalizing over production that would probably make the next R&B artist jealous. While i expected a vast majority of the album to be lover lover music, Thugger doesn’t approach it that way, instead continuing his run of savage lyrics galore. With that being said, we can check off him delivering authentic music right?

The one thing you have to respect about Thugger is his creativity: He always finds a way to reinvent himself, never staying stagnant in a rap game that is pretty dull when it comes to creativity. So for all the people that wonder why an album like this gets such a high rating from me, it’s because he’s willing to experiment with his artistry – something I reward quite a bit on this site.

This album is authentic, it’s daring, it’s enjoyable, and it’s creative; the perfect formula for a good album.