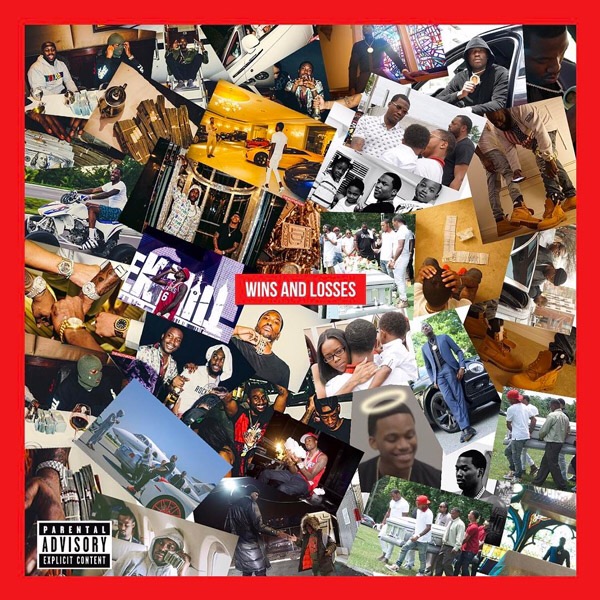 Do you know the only thing better than the story of a winner? The story of the underdog, especially when they were on top at one point and had to humble themselves a bit… This is the vibe I expect from this new album.

One of the biggest hurdles that rap artists deal with today, is finding subjects to talk about, and Meek has plenty for this album: You got breakups, you got a feud with the hottest rapper in the game, and you have his city that he continues to represent in many different ways. While I am not expecting 4:44 part II from him, I am expecting Meek to open up a little more on this album, delivering yet another chapter in the life and times of Philly’s poster boy.

‘We Ball’ is another track in which Meek simply opens up about the trials and tribulations that comes with fame. The song sorta has a somber feel to it, but at the same time a nice little bop too.

Meek harmonizes his lyrics, still maintaining this real n–a vibe. Every word he delivers seems to come from the heart, as he aims to pierce the soul of everyone listening.

This is probably the clearest/realist you’re going to hear Thugger get on a song these days. On his verse, Thugger talks about his homies that passed on him, his fame, and his drug addiction. Despite the deep topics, Thuggers part is still catchy enough to rap along to.

I would shed a tear here, but Jennifer Aniston is my cousin, and we both suffer from dry eye.

This is the Meek that you’re going to hear in the clubs tonight!

Meek shines bright on this song, as he plays both rapper and hype man on both the chorus and verses. Through a good chunk of this album Meek is on some real s–t, but on this song it’s all about the reckless life (And I ain’t mad at it).

Uzi hops on the track with the same energy as Meek, grabbing the baton from his Philly brethren. This time around Uzi doesn’t do much rockstar s–t, instead he reminds us n—az that there is a name of a gun in his alias.

Anytime you feel like you want to slap Meek in the face when he raps, he did his job!

Let’s all f–k a check up! Everyone but Usher…

I swear that this ‘Blueprint 2 (Momma Loves Me)’ sample is perfect Meek’s voice!

Meek tells the hoods story on this song, reminding me of the nappy braided version of himself during his come up. All you hear is real s–t out of Meek on his verses, leaving the gimmicks and the bragging at home.

I don’t quite agree with The-Dream being featured on this song, but I will say that his part solidifies the black unification feel that Meek was hoping to achieve.

See what happens when Meek decides to put the Roley down for a minute!

I’m f–kin’ with it hard! This song is some smooth s–t that got a nice bounce to it. ‘Mustard on the beat hoe’ did a good job here.

I swear to you that Chris pours his heart out whenever he is featured on a rappers song. On this cut, he is destined to let the girl know he’s down for her, shamelessly harmonizing some sweet words to her on the hook.

Meek is on his female appreciation s–t on this song, ensuring that he’s going to be down for his woman no matter what. He definitely pumps some hood s–t into the song, as he talks about the methods he uses to get to the punani.

Ty Dolla $ign is pretty useless on this song (If you ask me)….

So I guess Tory Lanez is the go-to romantic dude nowadays? If it ain’t ‘Guns & Roses’, then I don’t know what the hell Meek is talking about!

Only two rappers can make songs where they can vent about their life like this: Meek and Drake.

Meek sorta opens up on this track, giving us an update on both his life and his killers lives. The words are coming out rampant, as he mixes tough punchlines with this real ass demeanor.

When dude raps like this, he’s present day top 5.

You know what Meek is good at giving you? A complete album. On ‘Wins and Losses’, you get club bangers, smooth tracks, in-between, and of course the story of a young kid from Philly that made it. Every version of the rapper feels authentic to me, regardless of how much time you have to follow his everyday whereabouts.

More than anything, Meek knows how to make a song stand-out, as he utilizes both his animation and confidence very well. While he isn’t the most experimental rapper that’s out right now, he does show a little versatility on this album, as he chooses to go along with the vibe of some songs. As for his singing, it wasn’t horrible on this album, as he picked times to do it when it was appropriate.

A lot of frustration that people have with Meek’s music stems from him choosing to be a flossy n–a more than he does a real one;  on this album, he has a pretty good balance of the two. I personally like the real version of Meek, and the songs he’s being real on is very damn good here.

I have mixed reviews for the features on this album: The good is Young Thug, Uzi, and Gotti to me; the so-so is everyone else…I don’t know, the others sound a bit too manufactured to me.

The album is called ‘Wins & Losses’, and throughout you get that feel from Meek. If he doesn’t get a grammy for this, at least Teyana will! (With her trying ass!)