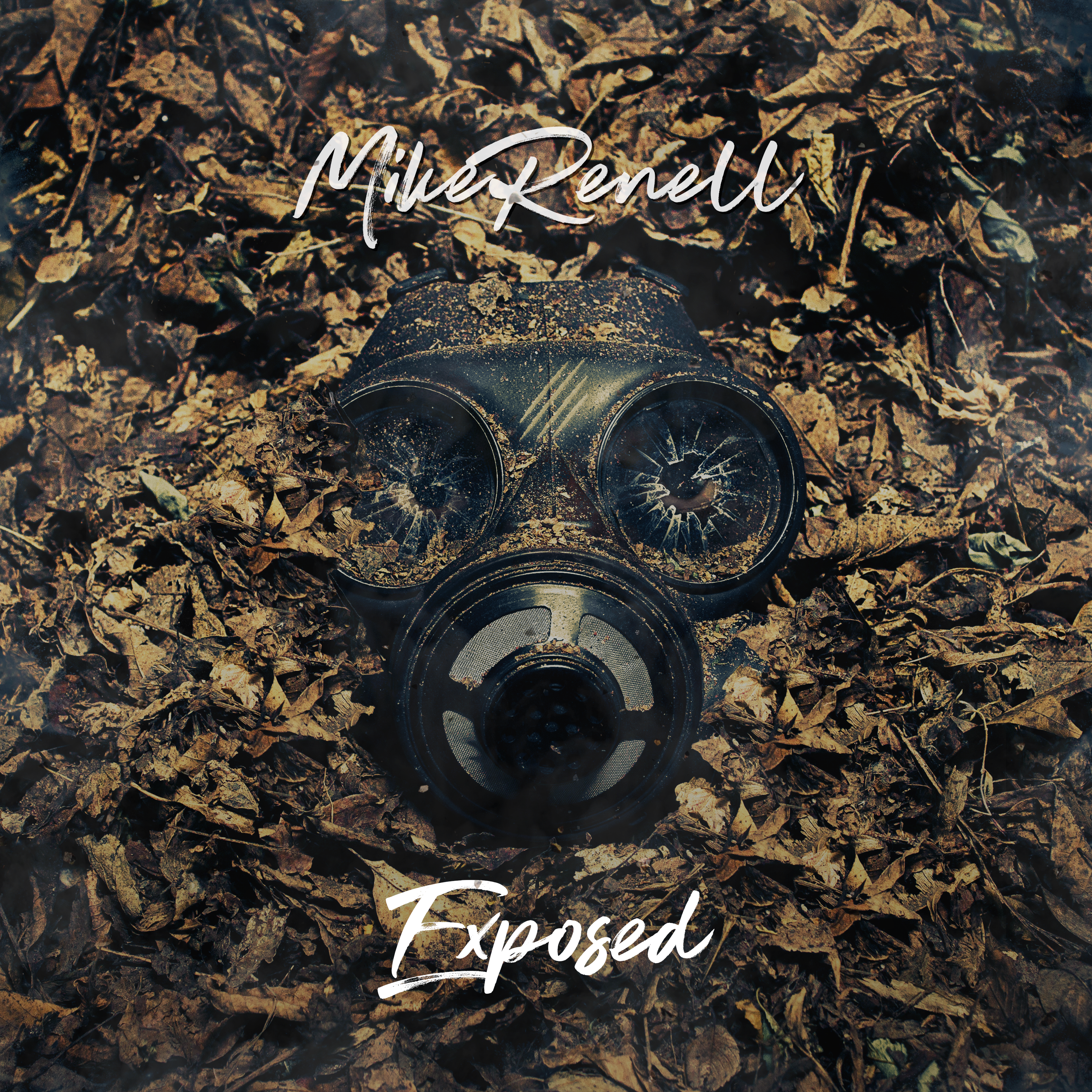 To me, the word “Grace” has always had a pretty deep meaning. I’ve always interpreted it as being in God’s favor, and having the ability to stay clear of sin. Nowadays, it feels like the word is mostly used to describe someone who is falling from it. In this new album by Mike Renell, he tackles both sides of the fence, discussing the trials and tribulations that emerged on his journey to salvation. I expect everything about the album to feel authentic, especially his subject matters and lyrical content. I’m ready to dive into Mike’s world.

“Grace” is key to this album. Not only does it start the album off. but it also describes what the word ‘Grace’ means to Renell.

On his verses, Mike talks about falling from the LORD’s grace and how he opted to listen to that little devilish voice in his head instead. With the track having this sinister feel production-wise, Mike comes with it lyrically, dropping a few spirited bars that describes the power struggle he was battling. It’s a perfect way to open up the album, as it prepares listeners for what could very well end up being quite the roller-coaster ride.

“New Way Out” has Mike taking a breath of fresh air, as he speaks on the great feelings he receives from simply giving his all to Christ. What I think is dope about the song is that I can hear this happiness from him throughout, as he passionately sings over this soothing R&B inspired instrumental. In addition to that, the melody that he delivers is flawless, and as expected, his words are uplifting and encouraging. It’s a great track all around.

I think “Gain The World” is perfect for the album, because it allows Mike to pour his heart out when it comes to describing the mission he went through to find himself. Throughout, the bars Mike delivers on his verses are raw and vulnerable. Matter of fact, the whole song almost plays like a confessional, as Mike gets a chance to touch on family, his relationship with Christ, and a bunch of lessons he learned along the way.

“Only A Test” is all about its vibes. it is powered by this tender instrumental that has a heckuva bass line.

On his contributions, Mike gives us something infectious, riding the beat with this melodic approach that makes his words of accepting change poke out even more. I love how consistent his flow is on his verses, and how he goes back and forth between gentle and aggressive in his delivery on it.

I absolutely love the chilling feel that “Prey” gives off. In this day and age, these are the type of records that make me feel something.

Accompanied by this numbing hook,  Mike Renell gives us his story of how he overcame a few demons in his life using this slow-paced delivery and by dropping a few lofty punchlines. What I like most about his part is that it feels like he isn’t stressing a single bar, instead taking his time in laying down each sentiment.

Chris Hill has the second verse on this song, and he follows in the same path as Mike content-wise. His verse is just as tough as Mikes too, as he gives us an absolute lesson on how to walk in the shadow of God with this consistent flow and aggressive delivery.

It’s such a thin line between the words ‘Prey’ and Pray.’

“Exposed” is a eight track project that tells the story of a man who gave in to temptation, but was able to get back on track due to his faith. For many, that journey is a tumultuous one — so much so that we often try to keep the details of it to ourselves. However, in “Exposed,” we are fortunate enough to listen to someone who went through the struggle, and is willing to talk about it in the form of steady bars and really quality music.

You know what I like most about this project? Not once did it feel like Mike was being too ‘preachy’ on it. Throughout, he takes the time to understand the many different ways to battle through that tug-o-war between good and evil, simply giving examples of his own struggles with it to make us understand where he’s coming from. Throughout, he remains relatable, and effortlessly delivers bars that hit home. If you are in need of some motivational music that can serve as a pick me up, this album is perfect for you.