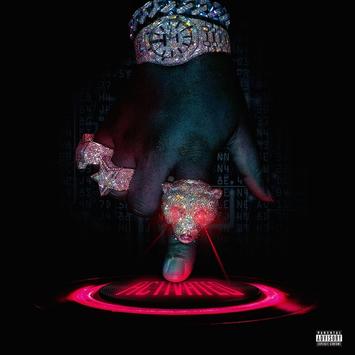 There’s always that one dude in the industry I feel brings ‘the real’ every single time they rap; Tee Grizzley is that guy for me. Born and raised in the gritty streets of Detroit, Michigan, Tee has seen his fair share of adversity. Not only was his mother and father going in and out of jail throughout his childhood, but he also did some time himself for a couple of robberies back in 2015. It’s been a thin line between misery and success for Tee his whole life, and I think that’s what translates to this urgency in his music that is definitely appealing to listen to.

Tee Grizzley doesn’t even allow you to ease into his album, he starts it off with this emotional record called “Activated” that explains his motivation to get to the money through some very animated bars. As usual, the Detroit product sounds paranoid on his verses, prompting him to result to some pretty desperate measures if you cross his path.

This is the perfect way to open up the album.

Chris Brown has slowly become the trillest rapper in the game.

On “Fuck it Off,” both artists get a chance to spit some reckless bars over this clubby instrumental. While Chris certainly does his thing on the track — talking with this gutter slang and playing Tee Grizzley pretty well, I cannot deny Tee’s ability to sound like he’s running from the cops while rapping his verse.

I can see this song being played in a club where the ratio between guys and girls is 10:1… in favor of guys.

As you may know, Chris Brown is featured on “Activated” twice. This is one of those features, and it is a lot more tamed than his other one on “F**k it Off.” On it, he focuses more on harmonizing and finagling than talking about some tough s**t. He pretty much takes over the song after a first verse by Tee Grizzley in which he comes across like a n***a that’s falling in love with a chick that is down to do more things for him than Lebron James.

Even when Tee makes love songs, he sounds like he’s running from the cops.

Wow, can somebody say Teddy Pendergrizzley?

Who would’ve thunk that Tee Grizzley had such a  heavenly voice when he sang?  This guy literally sounds like he found Jesus and his 13 disciples on both of these songs. His harmonizing is on point, his words are surprisingly gentle, and the melodies he delivers are pretty impressive. While “Bag” is on  some flossy s**t, “Robbin” is as real as it gets for Tee content-wise, as he outlines the struggles he goes through when he thinks about the snakes that are around him today.

I was more so impressed with these songs as opposed to entertained by them.

I didn’t see a collaboration between Lil Yachty and Tee Grizzley working this well.

I’ll keep it frank with you: both rappers kill their respective parts on this song. Gassed up by this trill ass instrumental that will make you want to throw up fake gang signs, Yachty and Grizzley drop some serious bars, each talking about toting guns, racking up luxurious items and smashing our precious women. While I love Grizzley’s two verses — especially when it comes to the real ass lines he drops throughout it, I think it’s Lil Boat who steals the show here with a pretty sly third verse.

After about two years knowing about his artistry, I can finally say that I am a fan of Tee Grizzley! Don’t get me wrong, I always thought he was a helluva rapper, but was a bit skeptical about him being able to put together a full album; “Activated” puts those concerns to bed. On this album, Tee shines bright doing just about everything you want your favorite rapper doing, including drop some deep ass bars, harmonize and bring some very explosive energy on each song. Much like how I view Cardi B as an artist, Tee also has this charisma and stage presence that makes you want to venture beyond his music and fully understand where all his passion, pain and gratifying ways comes from.

I wasn’t quite blown away by the features on this album. Don’t get me wrong, most of them put up good verses, I just felt like everybody tried to do their best impression of Tee Grizzley as opposed to adding something unique on whatever track they were featured on. I’m not mad at the approach, but I can definitely sleep comfortably if there were no features on this album.

Before I even heard of Tee Grizzley, my homie compared him to Kevin Gates. I think that is actually a very good comparison, as they both share this brash approach to their music. They also have this ability to command your respect when they rap, giving off these vibes that everything they are saying to you is 100% authentic. If you ask me, both have made a career off of being oddballs in a wishy washy industry, and that ability to relate has translated to some loyal fans for them.