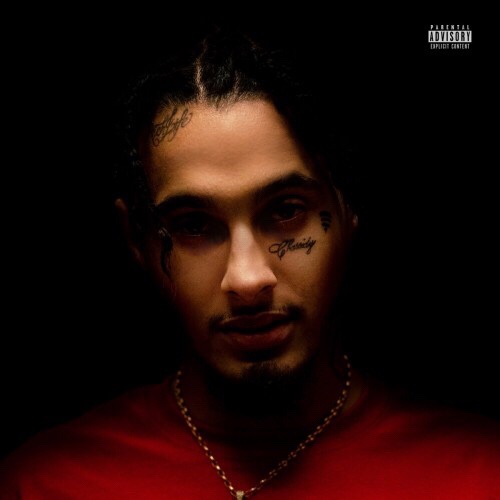 Is there any other up and coming artist that is harder to figure out than Wifisfuneral? Not only is his name f**king hard to comprehend, but his musical direction is also complicated. In one sense, he is more than capable of delivering some impressive bars, truly sounding like an artist that enjoys the art/intricacies that go into making a solid rap record; in another sense, I feel like he enjoys to troll, creating a few head-scratching tunes that make the word ‘potential’ feel like a frustrated father. Nonetheless, his artistry is unique enough to give this debut album a try, however, I will go into this listening session blind folded.

I know we like to make fun of all the young rappers in the game right now, and rightfully so, their mumbling rap has pissed us all off. But there is a few of them in the game that are actually pretty decent spitters, and two of them are on this song.

Powered by this bass heavy instrumental, Both Lil Skies and Wifisfuneral trade verses, each trying to out-do the other with explosive bars and relentless flows. Even though their skin is the same color as a peach, their intimidating content are certainly felt, as they take their shots at women that can’t handle them and their soft peers throughout. I like how explosive the song is, but absolutely love their determination to be great on their respective parts.

Nav’s presence was certainly felt on the chorus of this song.

I love the flow Wifisfuneral raps with on this song! It also sounds like a flow I’ve heard before… (It’s going to bother me all day trying to figure out which one it is)

You know the number one thing that stands out to me about Wifisfuneral’s style? He has this nonchalance to him that makes his bars come out so easily. In “25 Lighters,” he puts this approach to the test, finding a way to make talking about a drug-filled life that is spiraling downwards sound like an innocent stroll in the park.

“Knots” is this albums commercial hit. It has a feel-good vibe to it, while Wifi was able to deliver this dynamic hook that is super infectious on it. It does also have Wifi rapping like all the other young rappers in the game, but it’s all good, because you’ll love the competitive fire our hero shows on his verses, as he practically raps with this energy that is aimed to make us feel both jealous and humbled.

Jay Critch is featured on this song, and he lays down a verse that I thought was pretty decent. He follows in Wifi’s path in every kind of way, infusing a splash of grit into the equation.

This track is one big mundane strip club record. Wifisfuneral raps with a pep to his step, but at the same time, something about his approach feels like a cry for help. Can you believe it, a strip club song was made that has cries for help.

Uno the Activist is featured on the song, and he whispers his ass off throughout. I never understood the appeal of a song that features whispering.

Wifisfuneral’s ability to make depression sound like a fun ass party is impressive!

I’m pretty sure Wifisfuneral and YBN Nahmir weren’t born when Juvenile was poppin’.

I love when rappers pay homage to Cash Money, because in my opinion, that was one of the best eras in rap. On “Juveniles,” the duo gets Jahlil Beats to hook them up with this old school instrumental that mimics Juvenile’s biggest hit in “Back That Ass Up.” As expected, the track has some ‘ass shaking’ vibes to it, but a bit surprisingly, is also very lyrical. Matter of fact, I’ll go as far to say that they out Juvenile’d Juvenile on this track.

Is it safe to say that Cash Money has had the biggest impact in the game since their emergence?

Depression is becoming more and more prevalent in hip hop these days, and the saddest part about it is that it is mainly coming from young artists like Wififuneral. In a world where the suicide rate continues to climb, rappers like him are creating music that shows awareness to suicidal issues, but in a way that sorta turns a blind eye to it. We jam to his music, bop our heads to his bars, but if you listen closely, he’s crying for help throughout this album, but it is done so slick that you might not notice.

Rapping is easy for Wifisfuneral. He navigates through his music with such ease that on this album there are times where he actually sounds bored. Such mastery should be respected, especially considering the fact that we tend to make fun of all the new artists like him coming out.

Every beat Wifisfuneral raps over on this album is one that he can handle. You get trap beats, strip club beats, dark, lonely, etc, but I do wish he challenged himself a little more with far more experimental beats. Since this is his debut album, I can understand his want to be safe.

The features on this album are at a minimum, but each person fits in nicely with the song they are on. What I love is that Wifi decided to recruit artists that had the same drive/style as him, showing us the real meaning of collaboration.

This album is solid. Wifi shows great potential on it, but at the same time, addresses a variety of subjects that i think was imperative to talk about. The artist I once thought was mysterious showed his face for these twelve tracks, never shying away from whatever topic that was thrown his way.