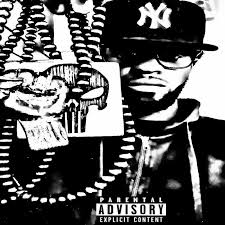 “Shhhhh “IDGAF”” is cold as hell! The song is powered by this dark ass instrumental, and on it, O.G. hits listeners with tricky flows, outstanding wordplay and confident bars. As for the hook, I love how both O.G. and featured guest Ventrice IV provide us with something erratic-sounding, complimenting both the chilly and bouncy nature the beat gave off.

In my opinion, the beat attached to this song is the best on the album…

“I Am (God and Devil)” is a deep track that features a divine instrumental that might very well give you the chills. Over this instrumental, O.G. drops bars centered around a bunch of powerful characteristics that he represents — were talking good and bad; wicked and virtuous; the creator and the reaper. As you can imagine, his bars are nothing less than riveting, as he practically tranquilizes listeners with his words utilizing a consistent flow, animated bars and riveting lyrical content.

3. THE FIRST CHAPTER AFTER THE CURSE

In order to stake your claim as one of the top rappers in the game, I think it’s imperative you drop a song that makes a case for you. In “The First Chapter After The Curse,” the first song on this album, O.G. gives us just that, as he delivers this competitive/fiery banger that has both him and featured guest Ventrice IV going back and forth about their superior mic skills and trill ways. I love the confidence both MC’s spit with and how they do their best to leave their naysayers in the dust.

2. LIVE FOR THE RUSH

You know what I enjoy about “Live For The Rush?” It has this hypnotizing sound to it, as O.G. (And presumably his clones) deliver prayer-like raps throughout his verses and the hook. Content-wise, he also does a good job of plugging in some real ass bars into his lyrics, as he acknowledges his regrets, but indulges in the many evil temptations out there that tends to pin down people like himself.

I f**k with “Burnuminati” a lot! Though it’s the second song on this project, it sorta serves as the theme song for it. On it, O.G. does his best to make his formal introduction to the world on both his verses and the hook. Personally, I love how gritty the nature of the song comes across — With its hard-hitting instrumental and grungy bars, in addition to the lack of fear O.G. shows when it comes to addressing rumors, being an underdog and taking on his non-believers. I completely vibe with the inspiration behind this joint!

I think it’s pretty evident that O.G. Burnie wants are respect. From the moment you press-play on BURNUMINATI, you are greeted with fiery bars and competitive fervor in “The FIRST CHAPTER AFTER THE CURSE.” After that, songs bounce between exuberant and trill, which tells me that O.G. wanted to make sure he kept his foot on the gas throughout. With that being said, his verses never bore, his hooks are hella infectious and his confidence-level is top notch.

My favorite aspect about this album was the subjects O.G. covered. On songs like “Dark Visions” and “I Live For The Rush,” our hero touched on all of the things that motivate him, which in turn brought out this ferocious side of the rapper. On other songs like “Quicksand” and “The Last Chapter Before The Storm,” O.G. spit bars that were filled with wisdom, inspiring artists like him to step outside of the box when it came to vulnerability. Personally, I felt this level of versatility in the topics he discussed made for quite the musical experience.

Make sure you checkout “BURNUMINATI” up top! It’s worth the listen.