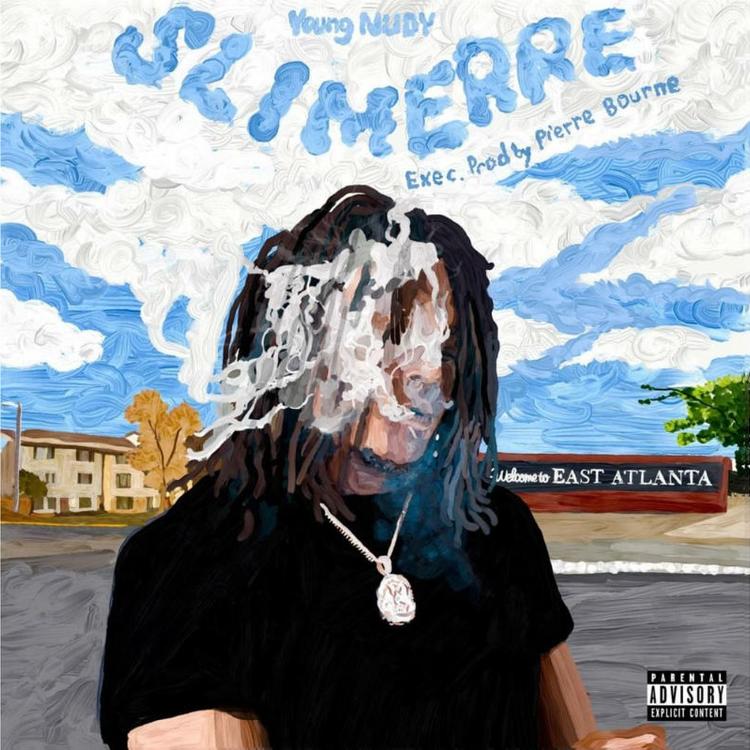 When I took a look at the track-listing for this album, I didn’t think a song called “Gas Station” would end up in my top 5 list. However, it did, because I enjoy its endless infectiousness.

First and foremost, “Gas Station” is powered by this glitzy/bass boomin’ instrumental that invokes a bop out of you, but at the same time, your coolest vibes. As for Nudy’s contributions on the track, they are as plain as it gets lyrically, as he talks about the same s**t such as getting money and f**king on b*tches. On the Atlanta rapper’s verses, these tired ass subject-matters sound boring, but on the hook, they sound outstanding, mainly because he was able to attach a dope ass melody to his malarkey.

If you’ve smashed a girl in a gas station bathroom before, you have been banned from shaking my hand.

Young Nudy & Da Baby has to be the goofiest combination of names in rap history.

“Dispatch” features Da Baby, and I’m going to be real with you, I can’t get enough of that n***a right now! I f**k with the confidence he spits with, and actually believe the tough-talk he does in his raps. Anyway, on “Dispatch,” him and Nudy go back and forth on some gangsta s**t, talking about their thousands of guns and how they have no problem spraying them at foes. While Nudy’s verse on this song sounds like some poorly constructed s**t (In other words, one of the worst verses of all time), I thought Da Baby did a great job of strong-arming the grungy instrumental he was served with by utilizing forceful lyrics and a sturdy delivery. Matter of fact, if you can, fast forward to Baby’s part as soon as you hit play on this song.

In “Extendo,” the second single off of “Sli’merre,” Nudy and featured guest Lil Uzi Vert rap over this dramatic trap beat that I feel caters to the latter insurmountably. The good news is that both rappers do kill their respective contributions on the song, as they each attack the beat they are given using lots of energy, slow and fast-paced flows, and most importantly, violent lyrics.

By the end of this song, I can guarantee that the words ‘extendo’ and ‘Nintendo’ will be stuck in your head like chewed gum on a shoe.

The bop attached to “Mister” is outstanding!

“Mister” is the lead single off of “Sli’merre,” and on it, Nudy and P’ierre were able to create this flute-heavy/bouncy track that has more bragging and boasting than an OKC Thunder locker-room. Additionally, “Mister” features a gassed up version of 21 Savage, in which he talks his s**t, while also remaining his ‘resort to violence quickly’ self.

I’ma play this joint while I ride down Herndon Parkway! (That sounds so ungangsta!)

I actually like “Shotta” a lot! As expected, the instrumental that powers it features quite the bop (Pi’erre is known for making beats with bops), but most importantly, these cold club vibes that literally makes me want to go to one of those strip joints that have dim lights inside. Over this instrumental, Nudy and featured guest Megan The Stallion go back and forth on some hood n***a/bad b*tch s**t, with Nudy complimenting his chick for being the type that is capable of mobbin’ with him, and Megan confirming Nudy’s words about her, while also bigging up her p**sy and talking s**t overall. All in all, what you hear on this song is some ratchet Bonnie and Clyde s**t.

Do any of these n***as clamoring for a bad b*tch get scared that she can switch up on you?

Young Nudy is a horrible rapper. I get it, he’s authentically trap, but when it comes to the actual art of rapping, he’s terrible. With that being said, “Sli’merre” left a lot to be desired.

MY REASONS TO HATE SLI’MERRE

For starters, Young Nudy’s lyrical content is unoriginal, predictable and amateur on this album. Correct, lots of rappers talk about f**king b*tches and making money, too, but when Nudy does it, he gives off zero flair.

The second reason I hate this album: Nudy’s delivery of his raps on it is terrible. Why should I be interested in hearing a full body of work from a n***a that sounds like he’s sitting on his stomach while rapping?

The third reason this album sucks: Nudy has zero charisma. He lacks presence on the mic, he has no grip of what a good melody is, and overall, he just sounds like he’s putting up zero effort when he spits. On the real, everything he provides us with on this album sounds like a bad freestyle.

Pi’erre Bourne was able to gift the album with some pretty good production. Like I mentioned earlier, every beat has a bop attached to it that is way too infectious to pass up. Additionally, Bourne was able to attach dynamic traditional trap sounds to every one of the beats he provided, which gassed up Nudy to be the best bando representer he could be. Unfortunately, that n***a laid an egg when called upon.

I thought the features on this album were solid. Megan The Stallion, Lil Uzi Vert and Da Baby all did their thing on “their respective songs, adding some well-needed flair to the grand scheme of the project. As for Nudy’s jailmate from a couple months back (21 Savage), I don’t remember his verse on “Mister” at all…

If I could, I would create a word called “Unlisten,” just so I can tell you that I would unlisten to this album if I had the choice.