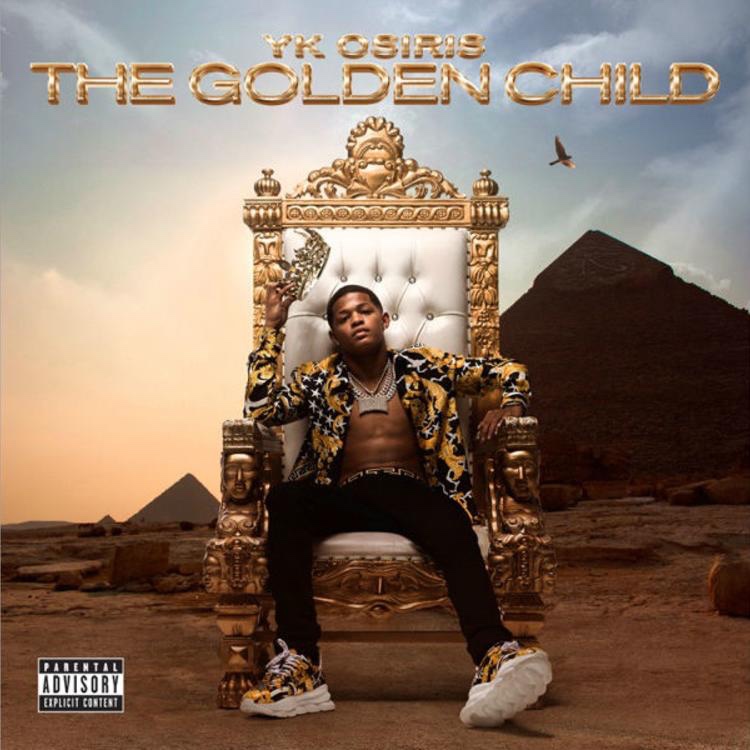 YK Osiris tries to solidify himself as R&B’s next great act with “The Golden Child.”

If Michael Jackson turned into YoungBoy Never Broke Again instead of a werewolf after dark, you would think he made this song. Seriously, in “Change,” YK Osiris strains his voice like Michael, as he does his best to make the world understand how his n***as that changed on him made him feel down. All in all, I f**k with the authentic street vibes this song gives off.

YK Osiris had to have made this song on the toilet with all that straining he’s doing on it.

For the first time ever, we have a three-way tie at fourth place! (I ain’t s**t for doing this)

I feel like “Exotic,” “Closer” and “Valentine” each showcase the things YK Osiris does well. In each of the songs you get a version of the Floridian that is intent on making his woman feel like the prettiest person in the world. The reason I couldn’t decipher between which song is better is because they all sound different: “Exotic” sounds like a R&B banger, “Closer” sounds like a Caribbean banger, and “Valentine” sounds like a trap slow jam.

Welp, who’s interested in seeing what the top 7 songs on this album are now?

I’m not all the way sure what YK Osiris is saying in “Shakira,” as he spits with this tongue-twisting style that is hard to keep up with on it. What I do know is that the colorful vibes, catchy hook and passionate singing that powers the song is vibrant enough to keep my attention.

I thought Kehlani hopping on “Ride” was such a major endorsement for YK Osiris! Before I even heard the song, I knew YK would get respect from folks for the collaboration. Well, now that I’ve finally heard the song, I am proud to say that the two singers were able to make a passionate R&B banger that features fearless crooning, lustful lyrics, and vibes that will make you want to hurry home so you can rip the Apple Bottoms off of your chick (Women still wear Apple Bottoms, right?).

You can tell YK sung his heart out for this important collaboration with Kehlani.

Did you actually think there would be a song better than “Worth It” on this album? If so, sorry that you have to be egregiously wrong.

“Worth It” is one those songs that are passionate when it doesn’t necessarily need to be. Don’t get me wrong, YK’s lyrics about giving his girl the world if she is good to him is both heartwarming and sweet, but c’mon, does he really have to harmonize like a n***a that just found out Chipotle is closing their doors fifteen minutes before they are supposed to throughout the song?

On a serious note, “Worth It” is catchy, infectious, and the definition of a ‘too-cool-for-school’ R&B song.

I’m not going to lie, I had no clue YK Osiris was a legit singer. You have to remember, we live in a world where 90% of the artists that claim they make hip-hop music sing, so can you blame me for being confused? Well, after listening to “The Golden Child,” I am ready to put respect on YK’s R&B name, even if I don’t think he has the best voice in the world. (I’m sorry, I had to take that quick shot, folks!)

The first thing I noticed about YK Osiris’ performances on this album was his knack for trying his hardest when he sings. Throughout “The Golden Child,” the Jacksonville singer pours his heart out, which results in verses that are too passionate to overlook, hooks that are too catchy to ignore, and lyrics that are too memorable to forget. Unfortunately, YK’s passion also results in songs that sound a bit messy at times, mainly because he overshadows instrumentals with his strong ass singing. Nonetheless, I think YK has the swagger of a n***a that belongs in the limelight, which I am sure will make him last long in the industry.

I actually loved how YK Osiris balanced hood s**t with romantic s**t on this album! In songs like “Make Love,” “Valentine” and “Sexual,” YK lets the world know that he’s a lover that is serious about the relationships he gets into, while on songs like “Ballin” and “Change,” he does a great job of reminding listeners that he is hood at heart. When you combine both sounds together, what you get is a body of work that feels all-the-way authentic.

“The Golden Child” is definitely an album I enjoyed listening to! In just fifteen tracks, YK showed me that he has a great ear for music, doesn’t want to be labeled as a rapper, and isn’t afraid to light a room up with his below average vocals (Can we be honest here?). While I do see a few areas for growth in his artistry, for the most part, I think he was successful with this debut album.

LET US KNOW YOUR TOP 5 FROM “THE GOLDEN CHILD” IN THE COMMENTS SECTION BELOW!