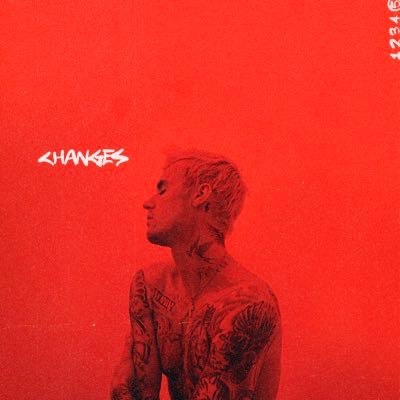 Justin Bieber premieres his new self in the heartwarming “Changes.”

“Forever” is probably the catchiest, quirkiest,  braggiest, feistiest, and trillest track on Changes. On it, Justin Bieber, Post Malone, and Clever all sing passionately about f**king with chicks that will forgive them for having dusty mustaches, face tats, and bizarre Caribbean accents.

Yummy is powered by this colorful trap instrumental that I’m sure you can Dougie to. Over it, you get a version of Justin that is sensual and hella melodic! At the end of the day, after you finish listening to the song, you’re going to want to hug the nearest mannequin/badass chick!

After listening to “Yummy,” Is it safe to say that Justin Bieber can do whatever your favorite R&B singer can do?

I’m not going to lie, “Intentions” is one of the most heartwarming songs I’ve ever heard in my life! Not only does it feature an instrumental that is on some colorful trap s**t, but you also get lyrics from both Quavo and Justin Bieber in the song that aims to make those who are in need of a good compliment/pick-me-up feel better.

For some odd reason, Justin Bieber and Quavo have amazing chemistry!

I love how “Habitual” feels on my soul! With the track featuring this uptempo/smooth instrumental, Justin Bieber lets loose, gifting us with a melody that is extremely infectious, a vocal performance that is beyond soothing, and lyrics that revolve around the beautifulness that comes with being unconditionally loved.

“Come Around Me” is a beautiful track! On it, Justin Bieber sings fearlessly about falling for someone that knows how to put it down in the bedroom. While the track is as romantic as it gets, the instrumental to it is on some uptempo s**t, the styles of singing you get from Justin is pretty exhilarating, and the lyrics do get a bit juicy at times.

Justin Bieber is either deeply in love or trying to convince himself that he is. Whatever the case may be, in Changes, you get a version of the Canadian singer that is thankful, inspired, motivated, altered, flabbergasted, and reinvigorated by love.

The one thing that surprises me about Changes is how consistent it sounds. Throughout the album, Justin sings over instrumentals that are on some smooth R&B s**t, which in my opinion, makes the album flow like Niagara Falls water. It also makes the album feel pure and replenishing to listen to.

The second thing that surprises me about Changes is how good the vocal performances by Justin Bieber are on it. Personally, I think he is more than capable of hitting notes that are high, but I also think he’s really good at making sure we feel his every word while still gifting us with melodies that are memorable and lyrics that come across as hip-hopish. All in all, I think Justin is on a shortlist of artists that understands how to blend hip-hop and pop music both organically and seamlessly.

I thought the guest features on Changes were solid. In my opinion, Lil Dicky was great on “Running Forever,” Post Malone and Clever were both really good on “Forever,” Summer Walker absolutely shined in “Yummy (Remix),” and Kehlani did her thing on “Get Me.” As for Travis Scott, I thought he was absolutely horrible on “Second Emotion (His verse sounded like a draft).”

Honestly, I think every single track on Changes is at least good. Will any of the tracks get major burn at clubs? Probably not, mainly because Justin opted to hit us with styles of music that took on more of a relaxing tone. What I do think will happen is that the songs on this album will be covered by aspiring artists on YouTube, will be played during television shows that need some heartwarming vibes, and will be hugged on tightly by people in relationships that need good feels in their lives.