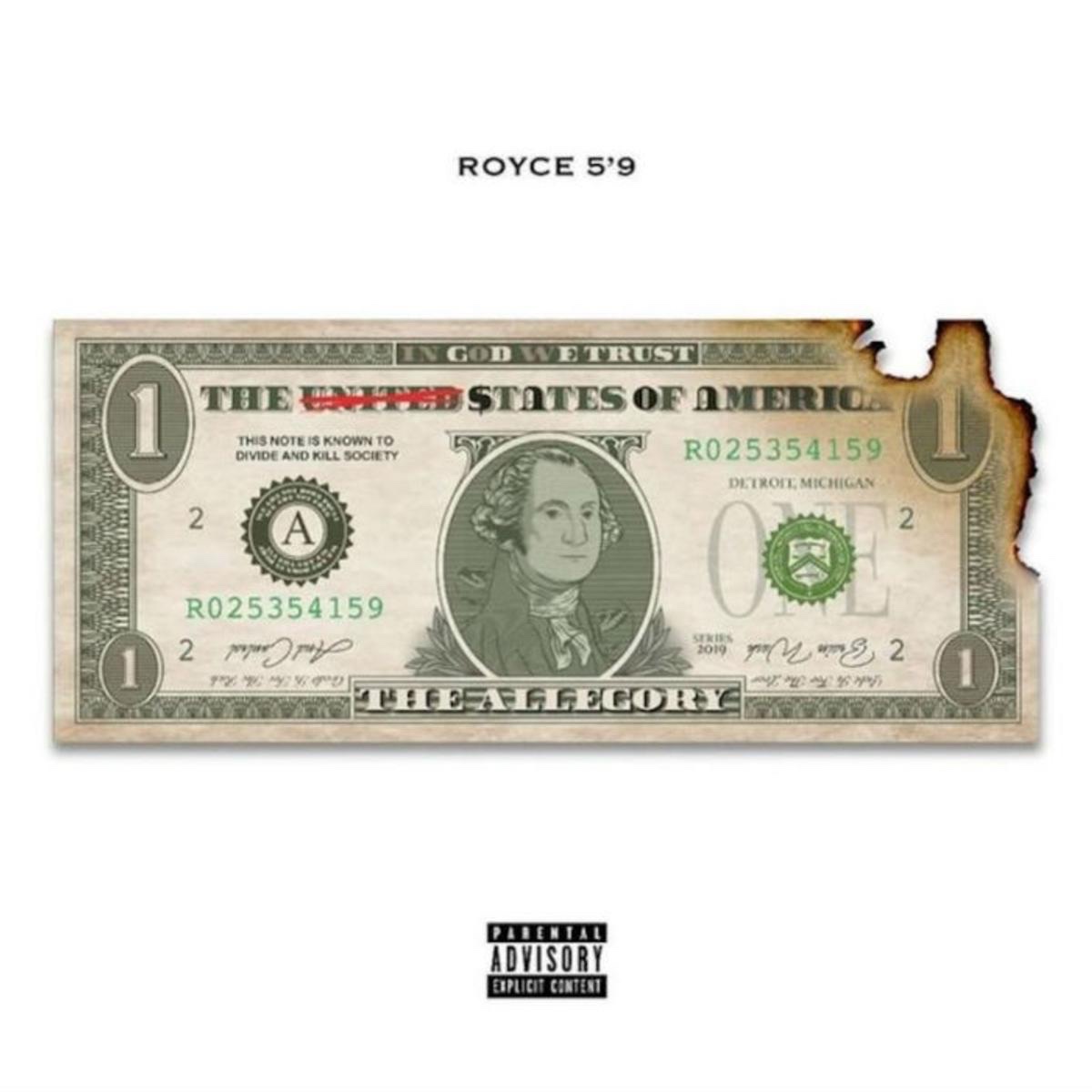 I’ve been licking my lips, drooling, salivating, foaming out the mouth, and gobbing thinking about this “The Allegory” album… Well, it’s finally here!

Royce Da 5’9 is easily one of the best rappers I’ve heard in my life! Not only are his punchlines unbelievable, but the way he rides beats is impressive, too. Another thing I love about Royce is that he is hella competitive, as he welcomes rappers to kill him on his own tracks all the time. With that being said, in “Black Savage,” Royce goes against some of the best in the game in T.I., Sy Ari Da Kid, CyHi Da Prynce and White Gold.

Competitive juices aside, “Black Savage” is empowering, witty, inspirational, and extremely lyrical. You’re going to love the energy/passion every rapper on the track spits with, in addition to the soulfulness Sy Ari and White Gold provide us with on the chorus and the bridge. All in all, I feel special after listening to this joint!

“Young World” is cinematic, hood-certified, knowledgable, raw, explosive, energetic, smooth, bizarre, pro-black, and rapping-wise, fantastic! Though Royce Da 5’9 has the best verse on the song (His controversial bars about Flint’s water crisis, the bible, the Carolina Panthers, and pro-blackness is too great to pass up), featured guests Vince Staples and G-Perico did fantastic jobs of instilling authentic west coast vibes into the song (Oh, BTW, they had amazing verses, too).

I’m sure you are just as confused as I am at the beef between Royce Da 5’9 and Yelawolf. You’re probably also excited as hell that you finally get a chance to hear a version of Royce that is ready to tear a n***a’s head off on a song. With that being said, Overcomer will have you feeling both perplexed and juiced up.

Overcomer is powered by this soulful beat that your parents would probably f**k with. Over it, Westside Gunn spits rugged bars about dealing drugs and welcoming beef, while Royce spits focused bars about perfecting his craft, being woke, and smacking Yelawolf in the mouth. Below is a snippet of Royce’s bars:

Yelawolf this is your first and your last pass
I ain’t gon’ put it on blast, your punk ass know what this about
You think it’s about being loud or trying to be hostile
Till you get found face down on the ground outside of Kid Rock house
Though you a vulture pundit I hope you get sober from this
Men like, women lie, so do numbers

Isn’t it funny that a calm ass instrumental was able to turn Royce into a vengeful monster?

“Upside Down” is powered by this dark-ass instrumental that I’m sure was made by someone that mean mugs all the damn time. Over it, Royce Da 5’9 and Benny The Butcher spit competitive bars that aim to demoralize ringtone rappers and get listeners to wake up from their cartoonish comas. As expected, the bars you hear by both rappers are accompanied by undeniable trillness and flows that are astonishing.

BTW, Ashley Sorrell’s contributions to “Upside Down” are beyond chilling.

Royce Da 5’9 is the best rapper I’ve ever heard in my life. Yes, Biggie is a great rapper, Jay-Z is a great rapper, Eminem is a great rapper, and Kendrick is a great rapper, but at the end of the day, the way Royce pieces his thoughts together, flows, and comes up with clever punchlines is next-level great. I also think he does a great job of staying in his lane and sticking with a sound that works for him. With that being said, in The Allegory, Royce absolutely shines.

Though Royce Da 5’9 has always been a knowledgable rapper, in The Allegory, he turns s**t up a notch. Throughout the album, he brings up topics like black empowerment, racial injustice, and record label misdoings over and over again. Royce also takes aim at his counterparts and foes in the album, showing them his hood stripes and reminding them that he is capable of killing them with his bars and/or violence.

One thing that will be slept on about The Allegory is the beats you get on it. To me, every single one of them features vibes that are both cinematic and timeless-sounding. Royce doesn’t rap over the beats you hear on the album — he tries to dissect them, finding ways to manipulate its’ rhythms with his unorthodox flows. As a listener, the tug-o-war that goes on between both entities is outstanding to listen to.

The features on The Allegory are fantastic! I thought Griselda absolutely murdered their verses on the album, Ashley Sorrell helped complete the songs she was featured on, and rappers like Vince Staples, Crooked I, G Perico, Grafh, and T.I. all did great jobs of letting the world know about their own beliefs in their own special ways on their respective verses.

I’m prepared to call The Allegory a classic album. The rapping on it is flawless, the beats are flawless, the subject-matters are meaningful, the features are great, and even the interludes are entertaining and informative. All in all, I walked away from the album extremely satisfied with what I heard!