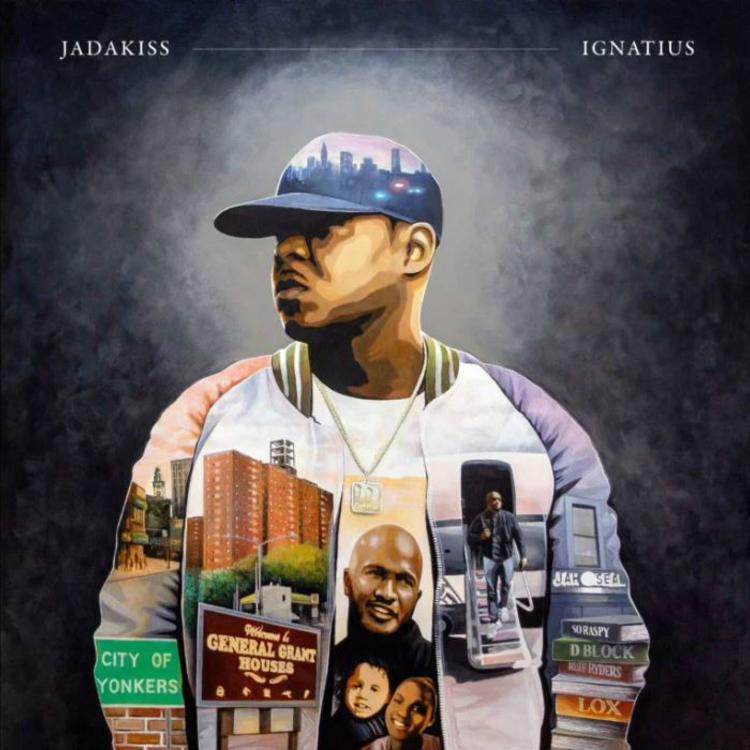 Jadakiss proves to the world that his pen game is still strong in “Ignatius.”

In “Pearly Gates,” Jadakiss embraces his rough come-up, enjoys his present days, and looks forward to the future.

I swear, rappers have been killing album intros as of late.

4. KISSES TO THE SKY

Anytime Jadakiss and Rick Ross link up, they be on some Mr. Deeds s**t.

When it’s all said and done, Jadakiss will go down as one of the greatest rappers to ever pick up a mic. In “Me,” his latest single, he lets the world know why, as, throughout the song, he drops honest bars about his past success, past beefs, and past occupations.

I love how “Me” gives listeners a quick reminder of Jadakiss’ rap journey. It’s almost like the song is a theme song of sorts.

“Me” or “Why?” (You have two minutes to convince me which song is better… GO!)

Jadakiss & Pusha-T are two MCs that made me love hip-hop. In “Hunting Season,” they unite, gifting us with a tough-ass banger that even a scale shouldn’t take lightly.

“Huntin Season” is powered by this hard-hitting instrumental that damn-there reignited my heartburn. Over it, Jadakiss and Pusha-T trade malicious, punchline-heavy, gangsta, braggadocios, motivational, and competitive bars. While the former hurls out his raps with a consistent flow and a level of raspiness Theraflu can’t fix, the latter blesses us with a level of slyness that is ungodly and flows greats like Biggie would use.

Jadakiss and Pusha-T legit have 20 years of experience in the rap game.

“I Know” is the deepest song on Ignatius (That’s saying a lot, as there is a lot of deep songs on the album).

“I Know” features this sobering instrumental that does everything in its power to make you feel something in your soul. Over it, John Legend gifts us with a hook that is beyond passionate, while Jadakiss raps about the impact Maurice Jackson had in his life.

There were clearly large amounts of blood, sweat, and tears that went into making “I Know.”

Jadakiss comes across like an OG that has seen it all in Ignatius. Throughout Ignatius, Jadakiss raps about growth, overcoming tragedies, and his impressive rap/street resume. It’s almost like the New York native had a bunch of young up-and-coming rappers around him while he was recording the album.

Jadakiss hasn’t lost a single step as a rapper. In Ignatius, Jadakiss’ punchlines are clever, his flows are crispy, and his swagger is top-notch. Who said skills dissolve with age?

The beats you get on Ignatius are tough as f**k! Every single beat you hear on the album is on some mafioso rap s**t. In other words, the beats on the album knock harder than Amazon deliverers but also give off riveting feels.

The features on Ignatius are fantastic! Pusha absolutely murdered his verse on “Huntin Season,” Rick Ross murdered his verse on “Kisses To The Sky,” Dej Loaf was amazing on “Govt Cheese,” and John Legend almost made me tear up with his hook on “I Know.” As for everyone else on the album, they put up at least solid performances.

You really have to love hip-hop to love Ignatius. I’ma call it how it is: Ignatius is a bit of a mundane album. Jadakiss opts for straightforward rapping throughout it, leaving colorful/experimental rapping by the wayside. I grew up on 90’s rap, so I had no problem with his approach to the album.

I hate to say it, but I wouldn’t be surprised if Ignatius ends up being Jadakiss’ last album. In my opinion, a good chunk of the songs on the album felt like some curtain call s**t. If it is, what a way to go out!