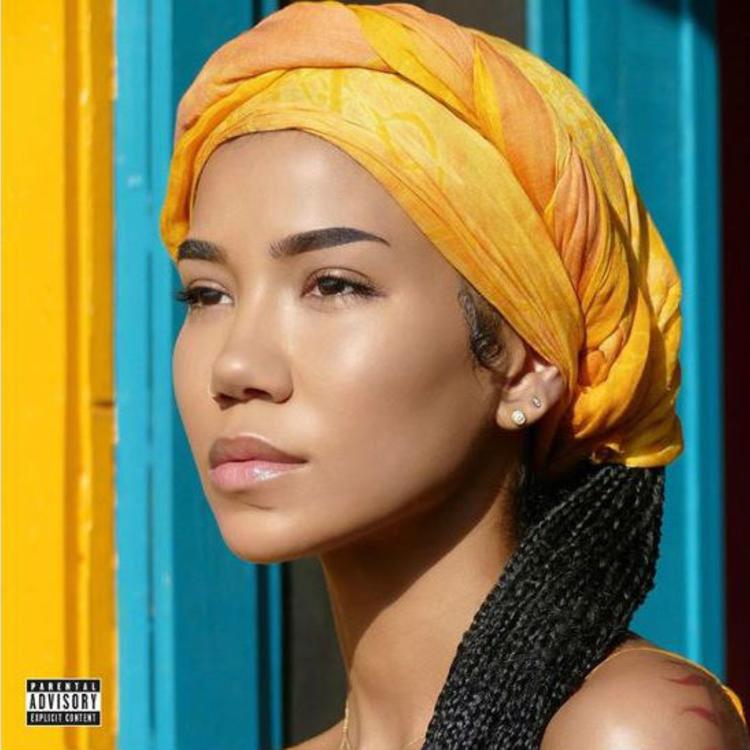 In “BS,” you get an instrumental that is therapeutic, brash lyrics, and unfiltered swag! Throughout the track, both Jhene and H.E.R. talk about moving on from their exes, doing their best to evoke a reaction out of them in the process. What I love most about the song is that the two singers keep their composure vocally on it, but definitely come across as petty lyrically.

4. NONE OF YOUR CONCERN

In “None Of Your Concern,” Jhene lets her ex know that she is unbothered by the fact that he is no longer in her life. While her honest/brash lyrics in the song will catch your attention the most, it’s her emotional vocals that will make every man walking on planet earth feel guilty for s**t they haven’t even done yet.

Interestingly enough, Big Sean is featured on “None Of Your Concern.” In his lone verse, he tries to let Jhene know that he has his fair share of issues that he’s dealing with in his life that is blocking him from being a good lover. (Everyman has used that excuse on a woman before)

The structure of “Happiness Over Everything” is a bit weird… With the song boasting an instrumental that is on some soothing R&B s**t, featured guests Future & Miguel go back and forth, sounding like two n***as that are ready to kiss the toes of their respective girls. As for Jhene, she sorta plays second fiddle in the song, finding a way to plug herself in here and there. Nonetheless, her part feels refreshing and as pure as it gets.

Did Future just say he thinks he is Jesus Christ? Why is Future saying “Free, free, free” like a Turbo Tax employee throughout this song? Future, you aight?

When Jhene dropped “Triggered,” I was convinced that she was completely over men. Well, it seems like that is not the case, as, in “P*$$y Fairy (OTW),” she comes across like a freak that loves pleasing her man every hour of the day (Okurr).

“P*$$y Fairy (OTW)” is a semi-slow jam. Yes, it features lyrics that are hella sensual, but at the same time, it features a nice little tempo, too. Hell, you can either have good sex or dance to the song.

Anytime a woman uses the word ‘triggered’ to describe their feelings, n***as ain’t gettin’ a home-cooked meal for at least a month.

Jhene is a fantastic singer/writer, but what I think makes her extra unique is that she has a swing vote when it comes to pettiness. In “Triggered (Freestyle),” a song I do not think is actually a ‘freestyle,’ Jhene spills her guts out about her recently ended relationship, showing bitterness, hopelessness and pure anger in the process. Personally, I love how raw and carefree the California native comes across throughout the song, even though the instrumental she sings over is smoother than a Jet Blue plane ride.

Chilombo is a body-of-work that is intricate, bi-polar, relatable, passionate, and hella emotional. Throughout it, Jhene sings over instrumentals that are soothing, laying down lyrics full of jilt, frustration, elation, disappointment, and confusion in the process.

The production on Chilombo is fantastic! Jhene loves her some serene vibes, and throughout the album, you get tons of it. No need to worry, the instrumentals on the album aren’t boring (A bunch of them feature infectious bops and trap vibes), they’re just mature-sounding.

I’m one of those people that believes Jhene can create a bangin’-ass body-of-work all by her lonesome. With that being said, in Chilombo, she succeeds at doing s**t by her lonesome. I’ll be honest with you, though, I really liked what the guests who were on the album were able to do. Artists like Future and Miguel did great jobs of playing Jhene’s sidekick on “Happiness Over Everything (H.O.E.),” while Ab-Soul added a nice little change of pace to the album with his feature on “One Way St.” All in all, I thought the album had a good mix of collaborations and solo cuts.

We’ve gotten tons of anti-love albums from our lady R&B singers as of late. What I find interesting about Jhene’s particular anti-love album is that it focuses more on self-reflection, self-righteousness, self-assurance, and self-worth. Yes, Jhene rants about her failed relationships throughout Chilombo, but she does it in a way that is truly convoluted. Matter of fact, while listening to the album, you will question whether or not Jhene is masking issues she has within by making heartbreak songs.