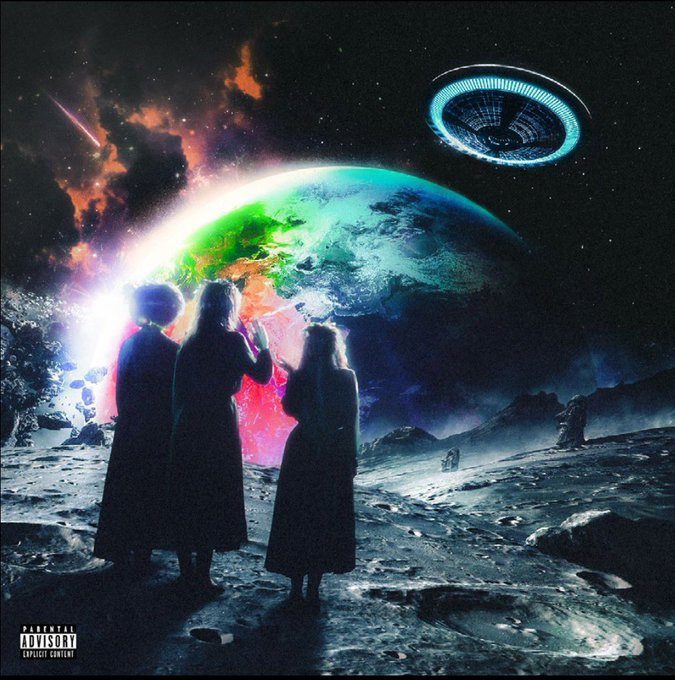 “Baby Pluto” starts off Eternal Atake flawlessly! With the track featuring a beat that is on some futuristic s**t, Uzi recklessly reminds the world that he has prices on his head, a whole lotta woman, a whole lot of clones, a whole lotta guns, a whole lotta red (wink, wink) and a splash of morals (He finally denounces the devil in the track).

I get it, there are tougher bangers and catchier tracks than “I’m Sorry” on Eternal Atake, but in my opinion, Uzi’s best sound is the one you hear on this particular song.

With the instrumental to “I’m Sorry” boasting both hard-hitting and soulful vibes, Lil Uzi Vert effortlessly switches between mopey and braggadocios. Yes, he sings soulfully about leading a jumpoff on in the song, but he also sings cockily about busting her down. Whatever the case may be, I think we can all agree that any girl who thinks she is going to end up in a relationship with Uzi after she was spotted with his ops needs to be drug-tested.

I f**king love the rebellious energy “Homecoming” gives off! Matter of fact, the song makes me want to say “f**k It, I’m putting pinto beans in my chicken burrito today! (F**k social constraints).”

I can see myself doing ‘the whip’ to “Homecoming.” With the track boasting an instrumental that I can easily see Vanilla Ice getting hard over, Uzi spits reckless bars about his street-certified, violent, brash, disrespectful, and money-making ways.

Though Lil Uzi Vert doesn’t use uber unique flows in “Homecoming,” he does rap with a style that is rather explosive. (He literally sounds like he’s shouting out directions to another driver while doing 90 on a highway in the song)

“You Better Move” is unbelievably trill! I get it, Uzi is a 5’4 man that is probably 120 pounds soaking wet, but by golly, he knows how to talk s**t!

“You Better Move” features a trill-ass instrumental that sounds like it just got done robbing an M&T bank. Over it, Uzi raps cockily about toting guns, killing shows, smashing women that are in relationships, driving impressive whips, and making money. Though the song doesn’t feature any creative melodies, it does feature a style of rapping that invokes head nods, and lyrics that encourage bad behavior.

For someone who said that he hasn’t had sex in a few months, Uzi talks about smashing chicks a lot in his music…

So why is “Futsal Shuffle” so amazing?

If you still aren’t convinced that “Futsal Shuffle” is a special track, bump it at your next party and see how many people lose their f**king mind.

Eternal Atake features music that will go way over your head… For now. Do you know what’s frustrating about Lil Uzi Vert? His songs are so cutting edge, it takes time to figure out if you like them or not. Seriously, I didn’t think “Futsal Shuffle” was a major hit when I first heard it, but the more and more I played it, the more and more I loved it! On Eternal Atake, there are so many tracks that will get better with time, so what you need to do is make sure you keep paying your monthly Spotify bill so you can allow them to grow on you.

Uzi’s rapping style is legendary. Lyrically, Uzi doesn’t say anything amazing (let’s be honest). Matter of fact, if you compare his lyrics to LilGotIt’s lyrics, I’m sure you will hear an uncomfortable amount of similarities. With that being said, it’s Uzi’s deliveries of his ordinary lyrics that make him a special artist. Throughout Eternal Atake, the 25-year-old rapper toys with various flows, unique melodies, and beyond interesting voices. Also, on the low, he drops several clever punchlines on the album.

TikTok will love Eternal Atake. There isn’t an artist in the hip-hop game right now that is better than Lil Uzi Vert at making songs that people are going to want to create trendy dances to. On Eternal Atake, there are a plethora of songs that have infectious bops, vibes that are youthful, and rhythms that are beyond perky.

Lil Uzi Vert is one of the few rappers in the game that can carry a body of work all by his lonesome. Eternal Atake has only one guest on it: Syd. That means seventeen tracks on the album feature only Lil Uzi Vert (Technically there is a children’s choir on “That Way,” but they are not credited as a feature on the album). Since the Philly native can rap/sing in so many different ways, the album feels more like a collaboration album than a solo one.

What the f**k is “P2?” I get it, XO Tour life is an amazing song, but a lesser quality version of the song is just pointless. Nonetheless, I know you imbeciles will love the song (SMH).

Uzi experiments a lot on Eternal Atake. Throughout Eternal Atake, Lil Uzi Vert swings for home runs. Sometimes he strikes out (aka “POP”), but at the end of the day, if you are swinging for home runs and not singles, even if you only hit a few, you’re still going to come out a winner. Right now, Uzi is winning.

What was your favorite song off of Eternal Atake? Vote HERE!