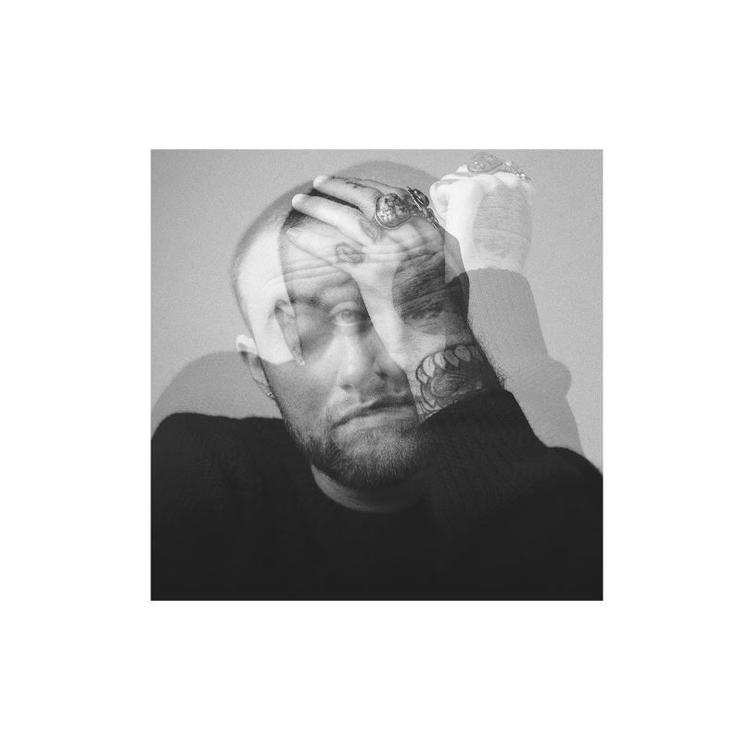 I can definitely see Mac Miller singing Complicated at one of those bars that let depressed musical acts perform.

Complicated is powered by an instrumental that I would expect to hear on a Black Mirror episode. Over it, Mac sings about being with someone that doesn’t make him overthink s**t:

And all I wanna do is look but I can’t see, baby
Who you talkin’ to while you talkin’ to me, baby?
Let me, let me know if I can see you later
We could make it easy
Inside my head is getting pretty cluttered (Cluttered, cluttered)
I try but can’t clean up this mess I made
‘Fore I start to think about the future
First, can I please get through a day

Complicated is a very serene, replenishing, and infectious song.

Good News sounds like a sad song, while Blue World sounds like an upbeat song. (You can’t assume anything with Mac Miller)

Blue World starts off pretty gloomily, but once things get going, it turns electrifying. Eventually, the track boasts this vivacious instrumental that sounds like it has quite a healthy pulse. Over it, Mac rawly lets the world know that he isn’t fazed by bulls**t or fugaziness:

Okay, cool as fall weather
Fuck the bullshit, I’m here to make it all better
With a little music for you
I don’t do enough for you
Without you, it’s the color blue
Ooh, don’t trip
I was in the city, they was talkin’ that shit
Had the homies with me, all a sudden, they split
We ain’t even worried, we just laughin’, that’s rich
You know how it goes, it ain’t broke, don’t fix

While most tracks on Circles will have you fighting back tears, Blue World will remind you that Mac did have his good days while he was still on this earth.

Circles starts Circles off soberly. On the track, Mac Miller somberly sings about the ugly beautifulness that comes with depression:

Well, this is what it look like, right before you fall
Stumblin’ around, you been guessing your direction, except you can’t see at all
And I don’t have a name, I don’t have a name, no
Who am I to blame? Who am I to blame? No
And I cannot be changed, I cannot be changed, no, trust me, I’ve tried
I just end up right at the start of the line, drawin’ circles, mhm
I drank my whiskey, you sip your wine

Circles is dangerously relatable and effortlessly heartbreaking. It promotes lifelessness, almost doing everything it can to convince you that it’s the new black.

Woods is one of the few songs on this album that I think is orthodox, complete, and versatile. On it, not only do you get great melodies, but you also get a hook that is hella memorable, verses that are full of sturdy bars, a traditional song layout, and lyrics that fall in line with s**t you hear on the radio today.

Though I have my own opinion on Good News, I thought I would share Saschael’s (One of the writers on this site) instead. Read what she had to say about Good News below:

In Good News, Mac Miller gives listeners a unique view of what was going on in his head before his death. In his lyrics, he covers topics that are not often discussed — like the thought process of being sad when things aren’t all that bad, which is described through the simple line: “It could always be worse.” Mac also says, “Good news, good news, good news/ That’s all they wanna hear/ No, they don’t like it when I’m down,” highlighting the struggle that people with mental illnesses can feel when pressured to smile by others. All in all, Good News will hopefully make people more conscious of how our society handles mental illness and people suffering from it — especially when it comes to people who we put on a pedestal.

I wouldn’t call Circles an enjoyable album, but I also wouldn’t call it a meaningless album. Though it has its moments of incompleteness/staleness, it also has it’s moments in which it touches your soul and warms your heart.

What tons of people don’t know is that Mac Miller was one of those rappers that could knock another rapper’s head off when he wanted to. In Circles, you don’t see that side of Mac much (You do get to hear that side of Mac on Hands and Blue World); instead, what you get from him is subdued singing that only a blues artist could emulate. Since I’ve always appreciated music that touches my soul, I had no issue with Mac’s approach to this album.

Content-wise, the balance you get between hopefulness and hopelessness on this album is heartbreaking. At times, Mac legitimately sounds like he’s ready to tackle his deeply-rooted depression, while at other times, he sounds defeated by it. Personally, I enjoyed how Mac struggled to piece himself together from song to song, as, to me, it made the album feel unbelievably relatable. At the same time, it also made the album sound imperfect, patchy, and a bit abridged.

Sadly, Circles is the definition of a perfect ending, to me. Not only will the album make you cry, but it will also make you fiend for more and feel pretty unsettled.