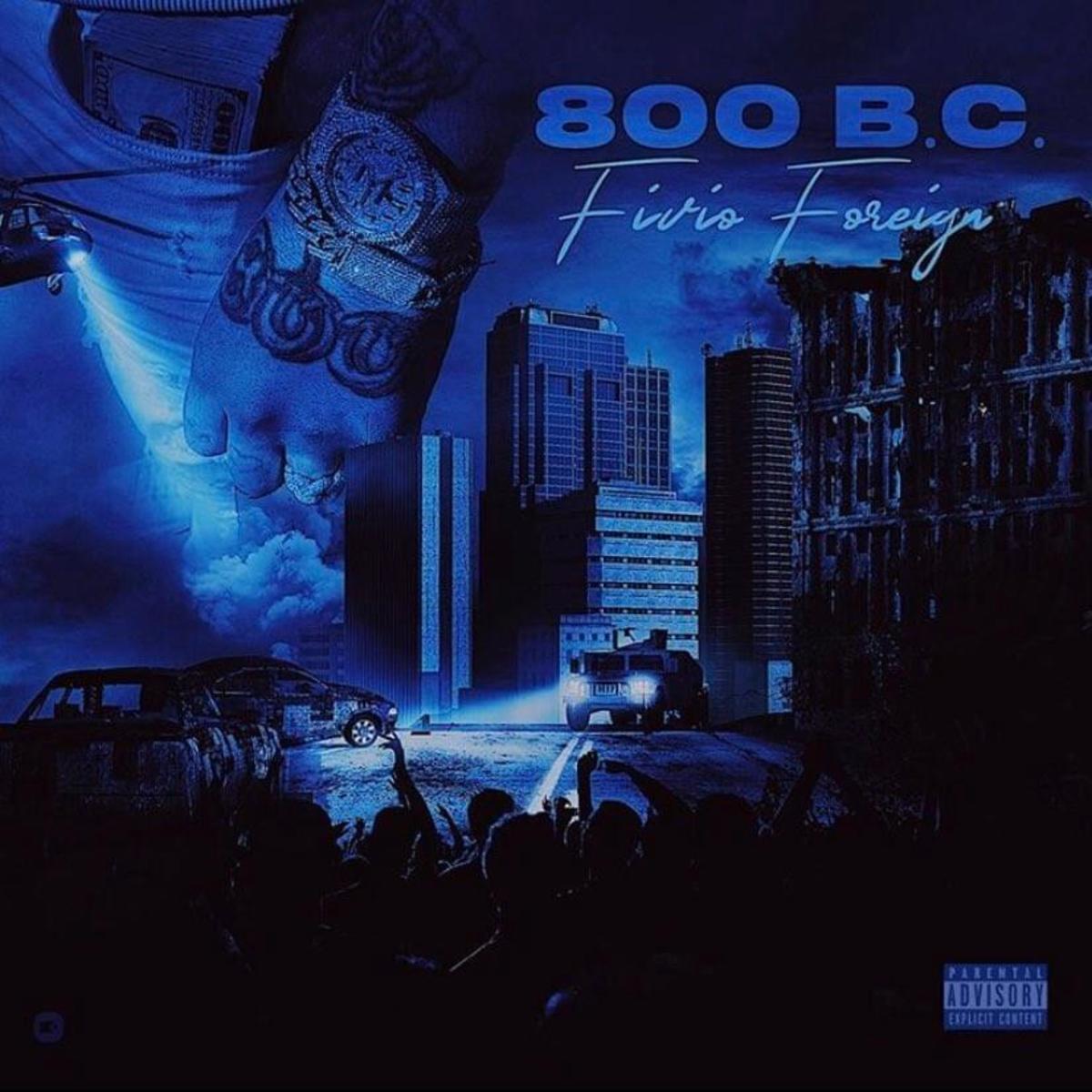 We all know Fivio Foreign was put on this earth to rap over drill beats, but on the real, he doesn’t sound that bad on an exhilarating club song like “Ambition!”

“Ambition” is powered by this tough-ass beat that thinks its sexy sometimes. Over it, Fivio Foriegn and Lil Tjay go back and forth on some ‘shoot-up your ops/steal your girl’ s**t. While you’re going to love how goonish the former sounds on the song, you’re going to f**k with the dark melody that the latter gifts us with.

“Demons and Goblins” is one of the most unique songs on 800 BC, and that is only because it features someone other than Fivio (Meek Mill).

“Demons & Goblins” sounds slightly darker than all of the other songs on 800BC. Not only do you get a version of Fivio that sounds like The Terminator, but you also get a smirky version of Meek that talks about some wicked s**t like smoking n***as and doing strange s**t to women.

I give Meek a B when it comes to rapping over some drill s**t.

“Big Drip” is the hit Fivio Foreign is most known for.

Since “Big Drip” dropped in 2019, it’s been played at almost every New York party. (It’s also semi-famous outside of New York, too). At first, you might not see the song’s appeal, but after a few listens, you’ll be right there in the center of the party with everyone else screaming, “BIG DRIP!”

I’m not going to lie, most of the tracks on 800 BC  sounds like a slight remix of “Big Drip.” With that being said, this album would do a good job of hyping you up to rob a bank.

Here’s the thing: Fivio Foreign is not a bad rapper, he’s just an uninteresting rapper. Since he uses the same flows, spits over the same beats, and talks about the same s**t on his songs, it’s hard to get pumped up to listen to him. I will say this, though: Much like Pop Smoke, Fivio has some flair to him. Throughout 800 BC, I f**k with the way he dances on beats and totes himself as the best thing since sliced bread. It makes him come across like an anti-hero that you either want to be like or want to lose.

Now that Pop Smoke is gone, Fivio Foreign is next in line when it comes to Brooklyn drill music. Will he succeed? I don’t know… What I will tell you is this: His debut effort, 800 BC, isn’t impressive enough to be super excited about him.