For over a year, 23-year-old singer-songwriter, producer and DJ, Jesse Neo has been the boss of his new online venture, Gemtracks.

What started as a side project to automate his song-writing gigs took an unprecedented turn when producers and DJs urged him to turn the website into a marketplace.

Jesse, originally from Australia, began releasing electronic music in 2017. Immediately, his tracks began blaring throughout clubs in Australia, the US and Europe. Radio plays also began popping up around the globe. Magazines such as The Huffington Post and RESPECT Mag took notice of his work and wrote frequent reviews for each new single.

Then suddenly the Australian’s life changed when he was offered jobs to create beats and instrumentals for several big YouTube channels and record labels.

“That was ultimately the craziest time of my life,” the 23-year-old told us. “I packed my bags and then moved to Los Angeles. I was always on the phone speaking to clients about how my next song should sound like. What seemed to last several hours with the phone against my cheek would then be extended by another hour as we discussed about payments and rights.”

It was during the stressfulness that an idea suddenly sparked in his mind. Why not create a website where he could list his beats and let customers buy them automatically?

In less than a month, the website made up to several thousands of dollars a week. As words about Gemtracks spread, demands for turning it into a platform caused Jesse to upgrade the website.

“A friend that I was working with in the studio asked me why not open the website for anyone to sell their own beats,” Jesse continued. “So I partnered with some close producer friends and got the website running.”

Apparently, each beat can be sold for up to $599. The reason is because once a beat is sold, the master ownership and copyright will also be given to the buyer. This also means that the buyer – indie singers, music companies or just hobbyists – can make as much profit as they like from the track via releasing them on Spotify, iTunes, etc. without having to pay the original producer a cent.

Having a closer look at Gemtracks, a wide variety of genres can be seen. These include pop beats, hip hop beats and rock beats to name a few. Sub-genres such as house music can also be found.

So if you are looking for some tracks to sing to, make sure to check out Gemtracks to buy beats. 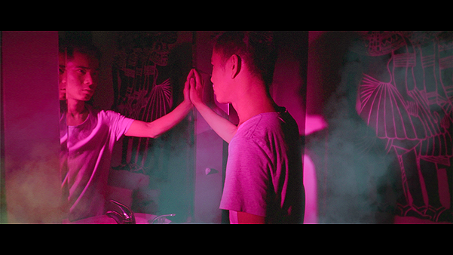