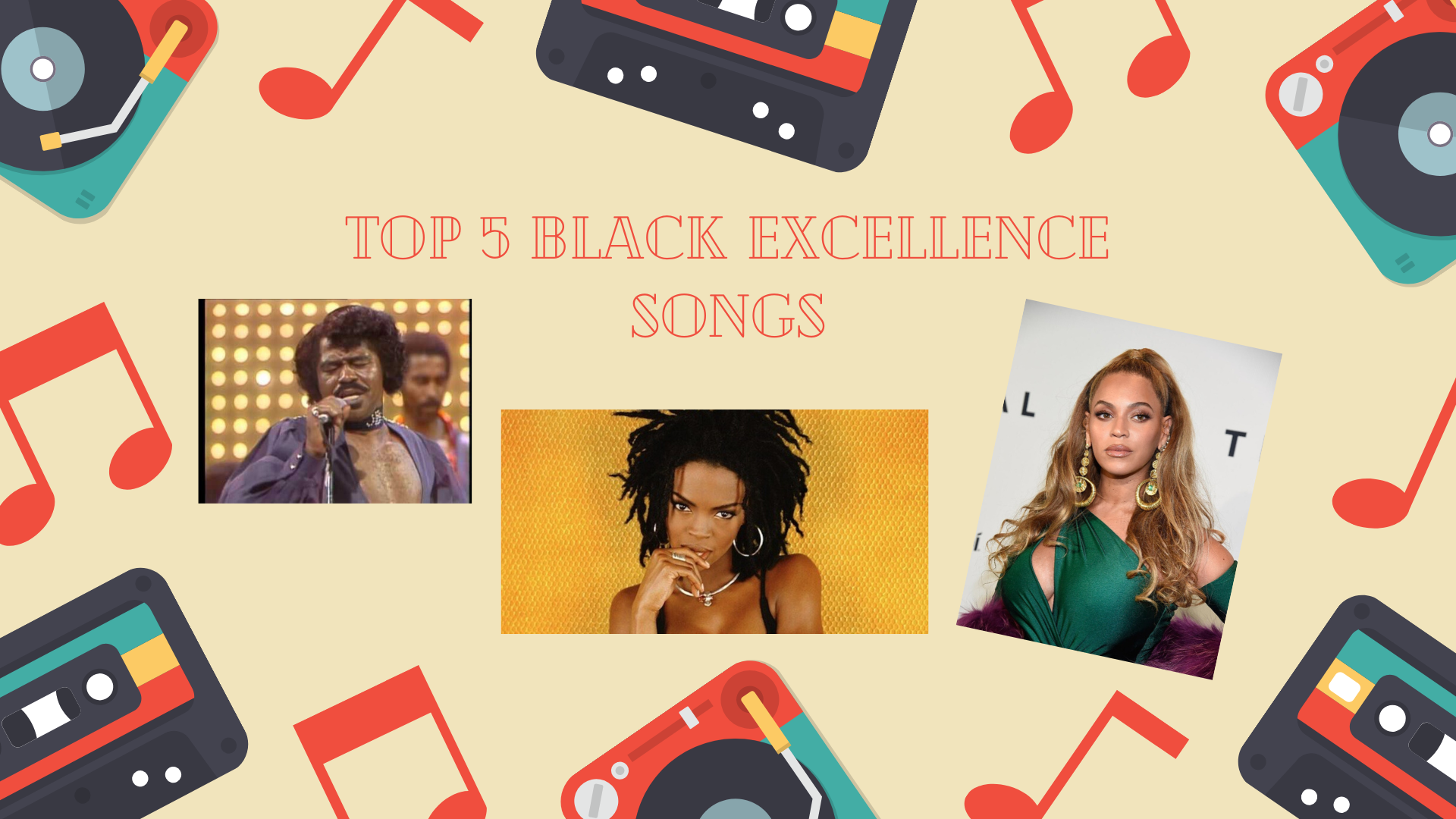 These last couple of months, between the coronavirus pandemic and the murders of Breonna Taylor, George Floyd, and Elijah McClain (Just to name a few), have been exhausting. While this time has acted as a catalyst for revealing just how deep the racial injustices in this country go, we have to be relentless in the fight for true justice and freedom. Today, we bring you the top 5 Black excellence songs. We hope our list reminds you of how strong and unstoppable we are together. Happy belated Juneteenth!

One of the highlight songs from Beyoncé’s much-celebrated album, Lemonade, “Freedom” covers the concept of false freedom that was given to black people. On the song, the Grammy Award-winning artist reminds us how important continuing the fight for equality is. Kendrick Lamar hops on the track, and what he does is provide us with some insight from the Black male perspective and reiterates that the only way out of injustice is to keep fighting.

Originally written for the major motion picture “Selma,” “Glory” featuring Common and John Legend is a song in which the two musicians speak up about black people’s history of fighting racism in the United States. All of the different elements in the song, from Legend’s powerful voice that is accompanied by spine-chilling piano-play to Common’s rapping style to the choir you hear in the back, gives the song the ability to evoke feelings of unity and pride as well as a desire to keep fighting for change in this country.

”Black Rage (Sketch),” released in 2014, is dedicated to all of the people fighting for equality in Ferguson. One of the most powerful aspects of the song is that it follows the same rhythm as “My Favorite Things” by Julie Andrews.

“Black Rage (Sketch)” touches on the actions of mistreatment from Americans that fuel our anger; which counters the argument, “why are black people still so mad when slavery happened years ago?’ The song is immensely important, at the very least, for people who are still not sure why protests are happening right now.

2. GET UP, STAND UP – BOB MARLEY AND THE WAILERS

Even if Reggae is not a genre that you enjoy or listen too often, “Get Up, Stand Up” is one of the true black excellence songs. The song is all about fighting for what we deserve and never stopping until we have it. The lyrics, “Get up, stand up, don’t give up the fight,” is particularly important for right now when the marches are not getting as much recognition or as much participation as when they first started.

The title of the song clearly states what it is about — being Black and being proud! Even though it was released in 1968, the song and what it represents has been an important message for every new generation of black girls and boys. Not only does the song boast a great message, but the beat is equally as great. The trumpet and the guitar work together to create a lively beat that forces you to get up and dance. On top of everything, James Brown’s phenomenal vocals takes this song to another level, making it a timeless masterpiece!