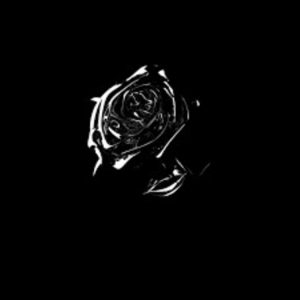 “Aim For The Moon” features an action-packed drill beat, flossy/ruthless/violent lyrics, and unique flows. While you’re going to love hearing Pop Smoke sound like he is in his element on the song, don’t sleep on Quavo’s ferocious/dynamic verse (Quavo sounds really good on drill beats).

“Aim For The Moon” is the best drill song on this album.

“Make It Rain” will remind you how much Pop Smoke was about that life.

On “Make It Rain,” eerily, Pop Smoke talks about shooting up his ops quite a bit. He also flosses his ass off. As for Rowdy Rebel, though his verse was clearly recorded from jail, you can still feel every ounce of grit he gives off. What makes the song appealing is that it features an interesting tempo, an extremely catchy hook, and crazy energy.

“For The Night” is a smooth banger that Lil Baby, DaBaby, and Pop Smoke all kill in their own unique ways.

“For The Night” is powered by a beat that has tons of bass and drowsy vibes attached to it. Over it, Pop Smoke hits us with contributions that are melodic, trill, and on some playa s**t. As for DaBaby and Lil Baby, they hit us with aggressive bars that are aimed to make timid women and so-called shooters shook.

“Got It On Me” features a beat that is scarier than The Shining. Over it, Pop Smoke blesses us with a hook that is nearly identical to the hook 50 Cent laid down on “Many Men.” He also spits gassed up bars about going to war with his enemies.

While “Got It On Me” will give you goosebumps for obvious reasons, it should also remind you how dope of a song “Many Men” is.

“The Woo” features Roddy Ricch, 50 Cent, and what was supposed to be 50 Cent’s successor.

“The Woo” straddles the line between romantic and gangsta, old school and new school-sounding, and melodic and kill-a-rapper-Esque. Though Roddy Ricch and Pop Smoke set the tone for the song with vocal performances that are beyond hypnotizing, at the end of the day, everyone on the track does a good job of coming across like the type of dudes that smash chicks and tell them to call their own Ubers.

Before Pop Smoke passed, he was known to be a drill rapper. After listening to Shoot For The Stars, Aim For The Moon, you should be convinced that he was much more than that…

While Pop Smoke’s Meet The Woo, Vol. 2 mixtape features a bunch of drill songs, Shoot For The Stars, Aim For The Moon features a little bit of everything. Though we’ve always known that our fallen hero could spit bars with the best of them, who knew that he liked to sing his ass off, too? With that being said, I like how Pop found a way to turn on and off his mushy, flossy and violent sides throughout the album.

Boy was the content on Shoot For The Stars, Aim For The Moon uncomfortable to listen to. While I didn’t mind hearing Pop Smoke talk about his luxurious s**t on the album, I was taken aback hearing him talk about violent s**t. I get it, he was a rapper that loved his gun, but dammit, it hurt hearing him say over and over again that he wasn’t going to get caught slipping because he always had one on him.

Do you know what I hate about posthumous albums? They tend to feature weird-ass guest appearances. With that being said, I absolutely hated the features on Shoot For The Stars, Aim For The Moon. Though  Pop Smoke was a very versatile drill rapper (The n****a was on a H.E.R. song), I’m not sure he would’ve linked up with Karol G, Tyga, or Swae Lee on an album that he had a final say on. Also, why the f**k wasn’t there a single feature from Fivio Foreign, Smoove L, or anyone else from the Brooklyn drill movement? WHY!!!!

Do you know what Shoot For The Stars, Aim For The Moon will do? Make you appreciate 50 Cent a lot more. When 50 Cent was in his prime, he mastered how to construct a hit record. Matter of fact, he used to brag about his ability to make hits all the time back then. In my opinion, you can tell Pop Smoke tried to follow 50 Cent’s formula on how to make a hit on this album.

Believe it or not, sadly, Shoot For The Stars, Aim For The Moon is Pop Smoke’s first album. It’s cruel as s**t that it shows how much potential he had. While I don’t love the album (It’s a little too choppy (Especially towards the end)), I do think it will give Pop Smoke’s fans a splash of closure.