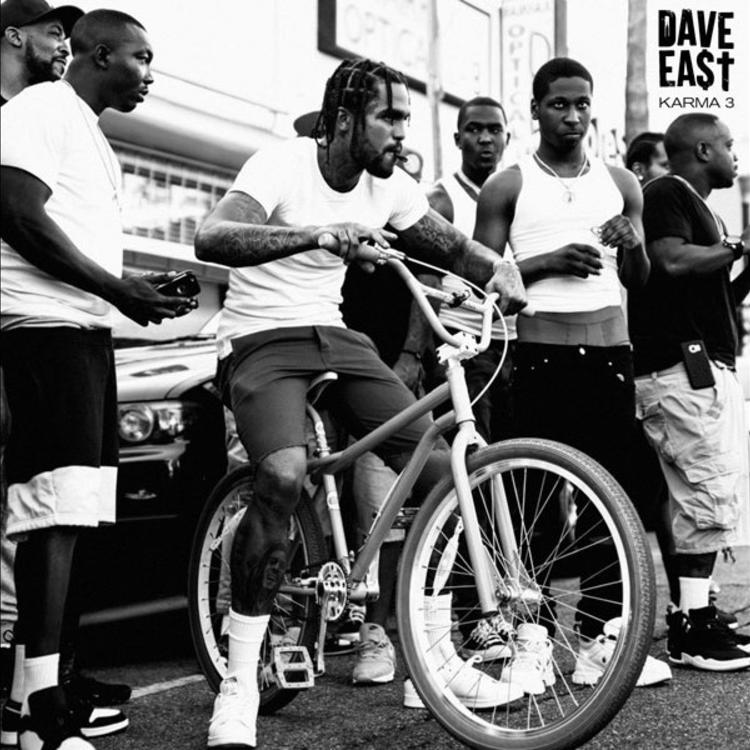 Dave East lets the world know that he is hood-certified on “Karma 3.”

Dave East reminds the world that he is a menace to society on “Menace.”

“Menace” is powered by a hard-hitting beat that also boasts comforting vibes. Over it, Dave East raps effortlessly about being a dude from the hood that has seen just as many killings as Rolls Royces. He also talks about steering clear from snakes and bossing up every chance that he gets. What I love most about the song is that it features a healthy balance of grungy and cocky lyrics.

Benny The Butcher and Dave East go toe to toe on “Stone Killer.”

I’m pretty sure that “Stone Killer” was made during the very first rap Olympics. The song features a beat that sounds epic, punchlines that are top-notch, flows that are impressive, lyrics that have been tested for HOODVID-19, and auras that are absolutely legendary. Dave East and Benny Butcher outdid themselves with this joint!

Did anybody else lose their breath listening to “Stone Killer?”

The only thing that is gentle on “Thank GOD” is the piano notes that you hear on the beat; everything else is powerful as s**t. Throughout the song, Dave East and A Boogie Wit Da Hoodie call out rats, scandalous women, and fake thugs. While the former raps with a style that is gritty as f**k, the latter hits us with a hypnotizing style of rapping/singing.

Dave East and Trey Songz flip Jay-Z’s “Heart Of The City” on “The City.”

On “The City,” Dave East raps rawly about the dreams he used to have back then and how some of them have actually come true. He also lets the world know that he loves disrespecting ops and smashing the baddest of women. As for Trey Songz, he sings so powerfully on the song, he sounds like he’s about to upchuck.

I love it when Dave East vents like he does on “Handsome.”

“Handsome” features a hard-hitting instrumental and hood-certified lyrics. Though I do not relate to Dave East’s street ways, I connect with the unflappable demeanor that he raps with on the song (You gotta be unflappable to be a music writer… There’s so much bad s**t that releases!).

Dave East might be the realest rapper in the game. Not a single word he says in his music feels phony and I can tell that he is influenced by other rappers from the past that were labeled as real ones, too. On Karma 3, every single song is filled with authentic street vibes and lyrics that people who used to heat up their house with their stove can relate to.

Aside from being the realest rapper in the game, Dave East is also one of the most skilled rappers in the game. When he raps, he effortlessly hits us with clever punchlines and gritty deliveries. With that being said, on Karma 3, every single song features verses that hit harder than Mike Tyson. Dave doesn’t only do a great job of bringing you into his world when he drops his bars, he also does a great job of regurgitating his world to us in the most riveting way possible.

There were a bunch of features on Karma 3. I thought Trey Songz, A Boogie Wit Da Hoodie, Jozzy, Benny The Butcher, and Mary J. Blige all did their thing on the songs that they were on. To be more specific, I like how each artist either countered or complemented Dave East’s grungy style of rapping. I also like how some of them showed no fear of going toe to toe with the Harlem rapper.

Dave East has a very solid catalog. In my opinion, Karma 3 is yet another good project by him.