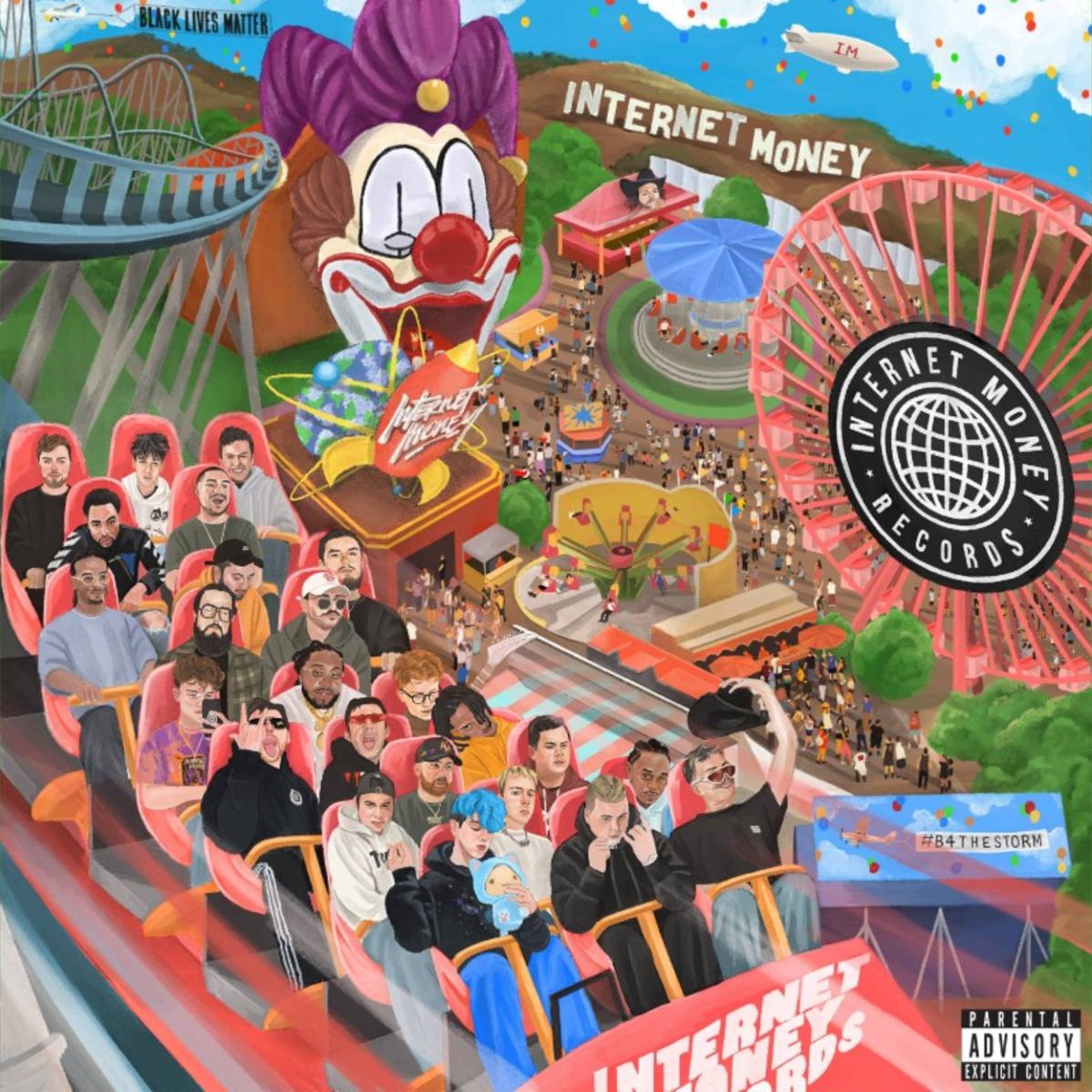 Internet Money recruits a bunch of up-and-coming, well-established, and popular rappers for “B4 The Storm.”

“Lost Me” features three light skin rappers that I think are grossly underrated.

Lil Mosey, iaan dior & Lil Skies absolutely murder “Lost Me!” Not only do they hit us with melodies that are hella infectious and raps that are trill as hell, but they also come across like young ballers that don’t mind cutting off floozies and stiff-arming fame on the song.

“Really Redd” is a song that I shamefully f**k with.

Here’s the thing: “Really Redd” features a beat that will knock the toupee off Donald Trump’s head, a hook that is extremely catchy, and verses by Trippie Redd, Young Nudy, and Lil Keed that are wacky, gangsta, and battle-tested. However, for some odd reason, I don’t want to tell anyone that I like the song… It’s probably because I think that no one on this planet inspires to be Trippie Redd.

On “Lemonade,” Gunna mumbles his ass off about all of the drugs he used to take and his street-certified ways, Nav raps about his diamond rings and rough come-up, and Don Tolliver blesses us with a smooth hook that proves to the world that he knows how to drive while being highly intoxicated. Each person on the song does a great job of sounding like rich-ass junkies.

Only rappers could make something as innocent as lemonade sound naughty as hell.

“Blastoff” will remind you how great Juice WRLD and Trippie Redd’s chemistry was.

“Blastoff” is a hit in every kind of way. For starters, I absolutely love the booming yet gentle beat that powers the song. I also love the fearless vocal performances and carefree lyrics that Juice WRLD and Trippie Redd gift us with. All in all, “Blastoff” should make you want to disrespect the hell out of your ex and their father.

“Thrusting” promotes baby-making, dirty-dancing, and gangsta-loving. Even though you get some pretty smooth vocal performances by both Swae Lee and Future on the song, their lyrics are beyond provocative (They talk about going to fifth base with their women… Yes, I said fifth base).

One thought on “Internet Money – B4 The Storm (Album Review)”